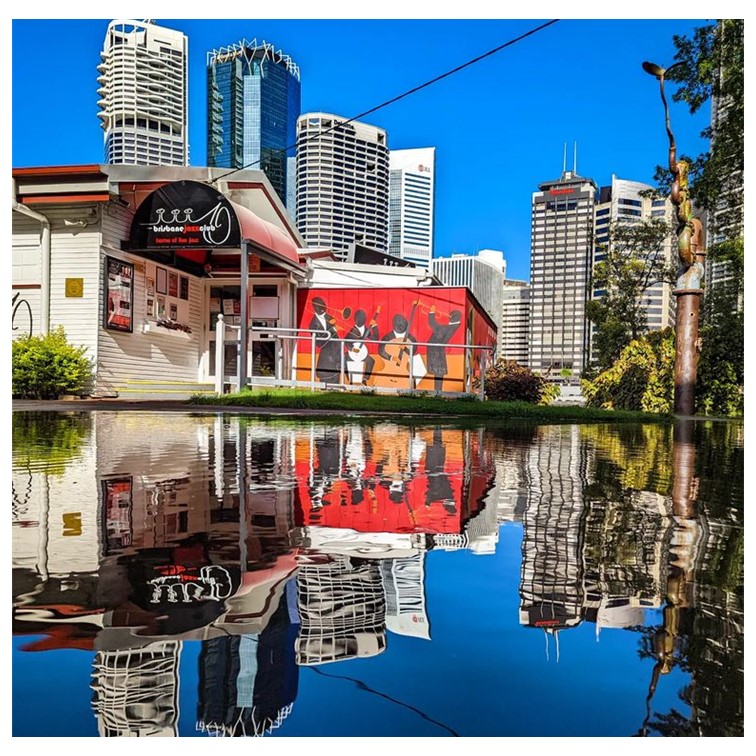 The Brisbane Jazz Club at Kangaroo Point is celebrating its 50 year anniversary this year! This remarkable club which is a not for profit enterprise run by volunteers has survived many floods, including a major flood early this year which saw the Club closed for several months. Yet with incredible efforts on the part of the volunteers, the Club was able to re-open in June and commence the 50th anniversary celebrations which had been meant to start in April.

Continuing these celebrations is the Brisbane Vocal Jazz Festival, now in its seventh year, running from 4 to 7 August. Finally in 2022 we are able to bring back international and interstate artists as well as local performers to this Festival.

The Festival will kick off with a special 21st anniversary of the iconic Jazz Singers’ Jam Night on Thursday 4  August at 7.00pm followed by the Kings and Queens of Jazz on Friday 5 August — already sold out. However, Dorian Mode will be swinging hard with his organ trio and bringing his own unique, story-telling vocal style to his Saturday afternoon show Groovy Gravy at 1.30pm on 6 August. Anyone who has seen Dorian before, or read any of his hilarious books, would know they are in for a great afternoon of entertainment! Think Georgie Fame – a swinging time is guaranteed.

Gregg Arthur’s Saturday night Jazz and Cocktails Show, named for his latest acclaimed ABC CD release, has only a few tickets left – a testament to his talent. Lastly, to close the festival on Sunday afternoon 7 August at 3.30pm, we have a special treat with our international artist, acclaimed bassist and vocalist Nicky Parrott, who has just returned to Australia after living and performing in the USA for 30 years. “Nicky Sings and Swings Jazz Classics” will be Nicky’s first show under her own name in Queensland and her bass playing artistry and sultry vocals are not to be missed.

Bookings for these exciting shows can be made online at www.brisbanejazzclub.com.au