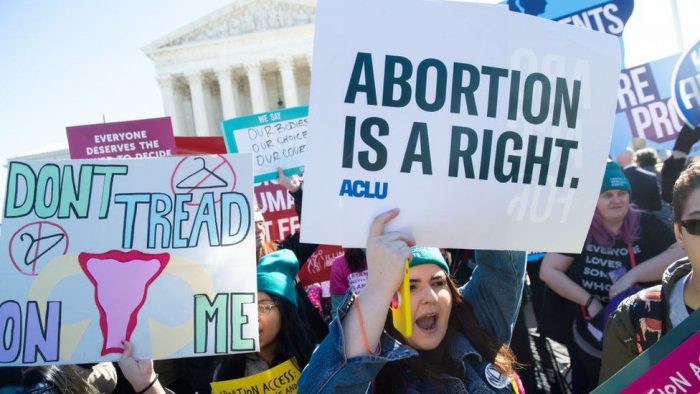 A show of solidarity with protestors in the United States after the overturning of Roe v Wade.

Thousands will rally on Friday night 1 July at 5.30 pm King George Square, in response to the US Supreme Court decision to overturn Roe v Wade and strip abortion rights from millions of people.

“We stand in solidarity with women and LGBTIQ people in the US who have just had their rights taken away by the votes of just nine judges,” said Sel Dowd, convenor of Equal Love Brisbane.

“The decision of the Supreme Court should be met with rage across the globe.”

“It will give a confidence boost to rightwing fundamentalists everywhere.”

“The most important thing we can do is take our anger and outrage to the streets.”

“The Australia right are celebrating a new “pro life era” being ushered in by this decision. These are the same bigots who opposed marriage equality and are pressing for new “religious freedom” legislation, that would expand and extend the rights of religious institutions to discriminate.”

“So we can’t get complacent. We need to stop the newly emboldened right in their tracks. We will not go back!”

“This decision shows that laws and precedents are not enough. The vast majority of people in this country and in the US support abortion rights, but that force needs to be seen and felt, in mass demonstrations.”

“The legal right to an abortion is not enough. We need to make it free and on demand, available in well-funded public healthcare settings; only then is it actually accessible for all.”

“We already know it is a postcode lottery for women and people here in Queensland, with Marie Stopes closing its clinics north of the Sunshine Coast last year. We desperately need to expand access to reproductive healthcare.”

This rally is being supported by Children by Choice, Cheek Media, March4Justice and One Woman Project.