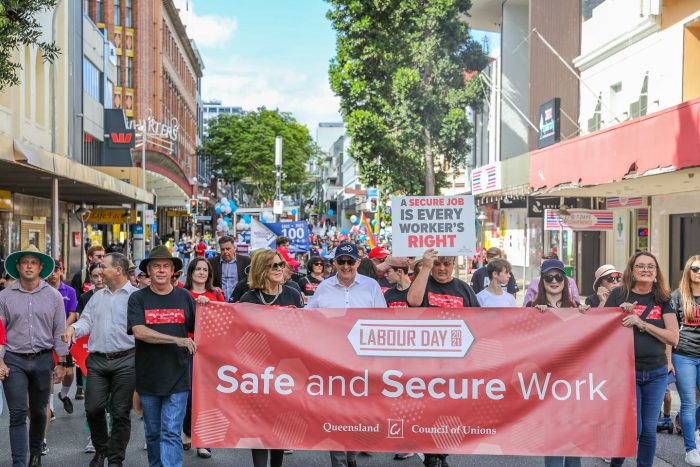 Queensland celebrates May Day (Labour Day) with a public holiday on Monday, 2 May 2022.

Labour Day is an annual public holiday that celebrates the eight-hour working day, a victory for workers in the mid-late 19th century.

See video, from union historian Liam Byrne at this link.

The march will be followed by a festival for the whole family at the RNA Showgrounds, Bowen Hills, with free children’s rid