Instant Cafe aka “No Boundaries on Boundary” with Ann McLean 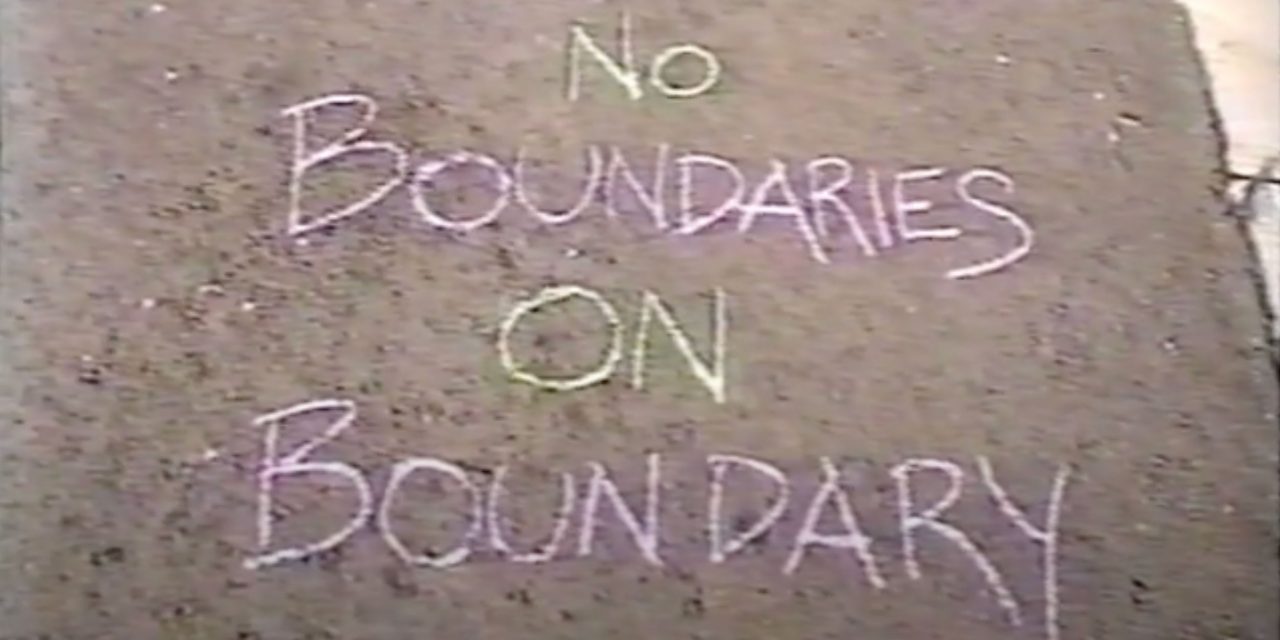 Instant Cafe, No Boundaries on Boundary is an anti-gentrification arts action short film and a part of West End’s social history. In 1996, a new franchise cafe opened up on Boundary St. It wasn’t just the appearance of a chain cafe that signified gentrification, but of the role of emerging tech and its overt use – people sitting in cafes staring out at people as they sipped their lattés and talked loudly into their mobile phones rather than speaking face-to-face.

This film was made by  CONNECT Youth Action and Street Arts, a couple of community groups that met regularly in West End for various social and art projects during the 1990s.

Ann McLean played a part in editing the film, which was a collaboration, with discussions and planning through the collective at the time.  Ann is a visual artist, copywriter and creative strategist who now lives in Bardon. The film involved a collective of West End residents, many of whom met and made connections through the share houses of the suburb.

*Kim S played a key role as co-creator, editor and collaborator. Kim jumped in to include her thoughts in the making of the film a couple of days after its initial publication (revised version below). Kim and Ann still actively collaborate on projects together.

What inspired the making of Instant Cafe? What was going on in West End at that time?

We were part of a group called CONNECT Youth Action. We came together organically to do projects. Nowadays, you would call it community cultural development. But back then, it was a fun protest and a memorable one.

The video didn’t pop up all by itself. Yoghurt was CONNECT’s self-published street zine and an avenue for young people to publish stories, poems, art, whatever they wanted, or just hang out and do cut and paste workshops. These zines reinforced some of the philosophies that sat behind this video. The zines were the activity that brought the collective together to discuss its content. The action came out of this.

Gentrification is not just rent going up and people renovating houses and making them totally inaccessible to semi-employed people. Gentrification to us at that point was the emergence of mobile phones along with a new franchise coffee shop that set up on Boundary St. It brought who we considered ‘yuppies’ into our suburb to poke holes in the fabric of our community. These phone bricks that people would sit in cafes and talk on, and then stare out at us, we felt they were pretty obnoxious. That comes out in the film.

We met at what was then the Grass Roots Community Centre (cnr. of Boundary and Corbett) to prepare for action. About 30 of us gathered to costume up and move our Instant Café, complete with tables, chairs, and other props into the cnr of Boundary and Vulture Streets. It was our way of mocking these privileged people that we felt didn’t represent our ethos and who were making fun of us – staring and finger-pointing at ‘the West End freaks’ from their coffee tables.

We had nominations for the various roles, well-to-do mobile phone users, waiters, and the compost guy. A couple of people were nominated to be the fairies – to give people sweets in cars so that they wouldn’t get upset.

We decided it would only be for one change of lights, but we were so pumped we actually did it twice. 120 seconds each time. We knew it was being disruptive to the community, but as a lighter experience with serious intent. It definitely made people sit up and take notice at the time.

We were running on adrenaline. We did upset a couple of truck drivers– luckily no one was hurt when they ran our streamer barriers, except our compost guy’s bin – all that was left were the wheels.

What was the feeling of living in West End during that time? What was the energy like and how did you meet people?

Living in West End was an expression of an alternative lifestyle. The West End crowd, or South Brisbane, West End, Annerley, were often environmentally aware, circus or performing arts people, with a community-minded ethic of shared spaces and an acceptance of otherness or ‘the weird’. It wasn’t a hobby, it was just something you do. It was definitely diverse.

The streets were friendly and familiar, more like a village community than an inner-city space. Pedestrians had more right-of-way than they do now. You would meet people through shared spaces and cultural events. We were all living in West End and started doing stuff together. There were a handful of core share houses, Flamingo House, El Hoogley Ranchero, Forbes St, that housed a number of people who contributed to the community. Music and art exhibitions popped up in these spaces, meals by donation, live bands, performers, dance party DJs, and Chai Mama stallholders sharing their talent and skills.

CONNECT also held Community Kitchens in community halls to help feed those less fortunate, with cooking classes on the day, and food donated from local businesses. Bin-diving was a component to highlight the excesses of food waste.

Once a month, on a Sunday, I (Ann) had a kitchen with an open-door policy to bring a plate.  About fifty people would turn up, share a vegetarian meal, and catch up.

I remember Wave said to me, when I was managing the organic food coop, “You know what, if all the energy falls out of the coop, it’ll go to that community garden over there, or somewhere of the like. The energy is still here.”

When people hold on to stuff too tightly, it’s a big problem. We all recognise the lifecycle of certain projects, but whatever energy created is still maintained in the community.

It’s important to acknowledge the Jagara and Turrbal people as the traditional owners of the land in which this film was made. Boundary Street (and other so-named streets around Brisbane) are named after the walking track along the fence that segregated the local Aboriginal population from entering the colonial settlements after 4 pm.

For more information on the historical origins of the name

*This article is a revised version from the original article published on 28/4/2022 that includes further input from Kim, who was one of many that played a role in making this film.