The apparat-chick and the suppository of righteousness 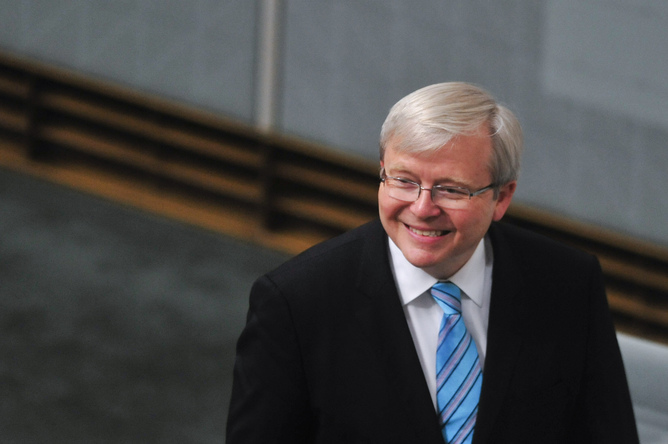 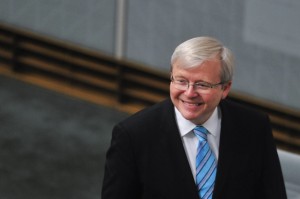 Spoiler alert: Griffith by-election result is announced on this article. Do not read until February 9 if you intend to enjoy the election.

Most Australians and nearly all Queenslanders are heartily sick of politics: None more so than the people of Griffith. They adored the Ruddster with rock-fan like devotion only to be let down again and again. And then, again. Rudd’s ‘good burghers’ (ironically, the line was used sarcastically by the Greens in the 2007 campaign) are now forced back to the poll because he could not see out a term on the back bench – despite explicitly promising to do exactly that.

Ci’est la vie, that was then this is now, and a fresh bunch of candidates line up to tickle our collective fancy. Only problem is, gee whizz, those candidates are not so fresh. Ebbs and Glasson are old white guys, coming back for a second round, determined to prove something to themselves and their long-suffering wives. Battle-worn and proud, they will display their scars claiming experience and wisdom, ‘cause that’s what old guys do.

Glasson wants us to remember that he is a doctor, “trust me”, gets things done and will unshackle small business from all that awful red and green tape. Don’t worry about that nasty Prime Minister in Canberra and the shenanigans of the party I represent, when we get back far enough to the past it will all fall into place and you CAN “trust me”, remember.

Ebbs is valiantly trying to get the media to recognise that the sky is falling, the Greens are really a Rhode Island Red and it is completely unfair that coverage is focussed on whether Terri or Bill will dosh out the biggest pile of pork(ies) to their constituents.

Well, sorry Sir, this is the class of 2014 and we want bread, circuses and cheap grain and we don’t care if our government rips the guts out of some over-crowded country to feed our faces, even if hell on earth comes to us in our old age. Some of us are not going to have to wait and I’m really annoyed because I am far too young to experience hell just quite yet.

No doubt Ebbs has a time capsule containing an unpublished novel titled I Told You So already stashed away somewhere about his person. I call it the suppository of righteousness.

So, the Fresh New Face is Butler who will help redress the gender balance in Canberra, is probably of immigrant stock, has good labour lawyer credentials and a background fighting on behalf of the unions and … hang on that sounds quite familiar too. Where is it, my god, was she the Prime Minister … it seems like aeons ago. No! Butler is new but the story is familiar. I call her the Apparat Chick.

And then there is the line up.

Bless their cotton-socks, they step up to exercise their democratic muscle, inspired by the success of the Shooters in NSW, the Motor Sports mob in WA (or is he going back to the polls?), Katter in Queensland (or is he last year’s story?) and Palmer everywhere (will he really repeal ALL of Newman’s laws?)

Most of them are wonderful people, sincere and ready to put their own personal cash in the kitty for the cause because they believe. If only they could get the message out and other people would believe too.

They love Ebbs because his suppository of righteousness is bigger than theirs, but they have to punish him because he can’t put them all first, I mean second, and he’s a smooth talker and if only he would see the light and promote their cause just a bit more then they would do as well as he does and that would be much more even-handed and fair, even if it doesn’t much change the result. <breathe>

So punters, get in amongst it and press the flesh. Give it a squeeze to see if it bleeds and to find out if I am right-on-the-money or simply a bitter-and-twisted, post-modern, over-hyphenating, cynical Gen-Alpha who knows that in the age of corporate-feudalism these idealists are tragic clowns, meat for the blood-sport that is the daily media.

Get to the Westender Meet-the-Candidates at Souths on Feb 5th and see for yourself. Then re-read this and weep.

Feel free to let me know what you think because I won’t be taking any notice, I already know the result. The Apparat Chick will cream the old white men. See, I’m from the future and I know where you live.