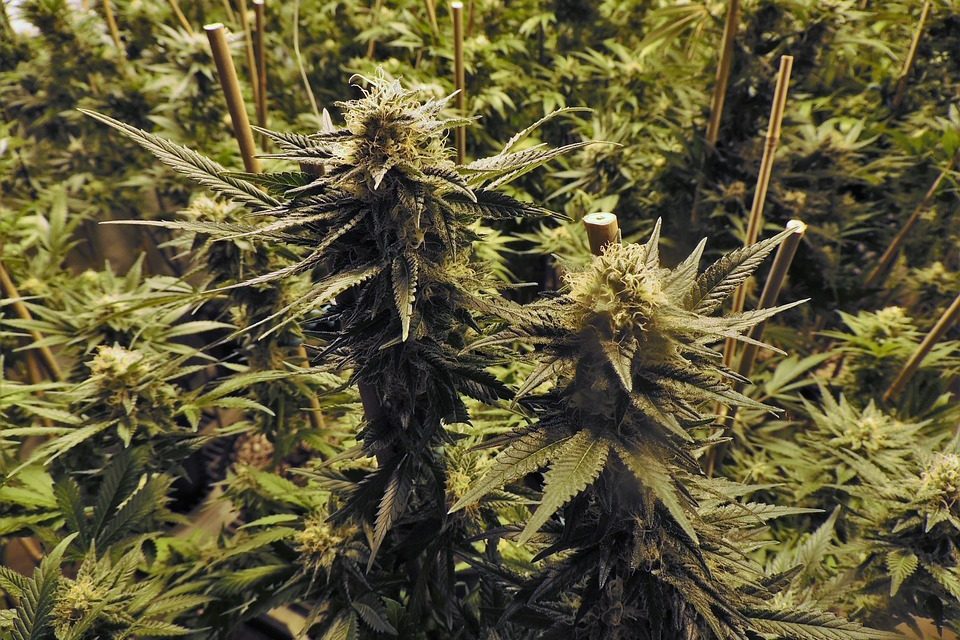 PUF Ventures Inc. (“PUF” or the “Company”) (CSE: PUF) (Frankfurt: PU3) (OTCPK: PUFXF), is pleased to announce that it has agreed to a strategic partnership with the Richmond Valley Council, the local government in the Northern Rivers region of northeastern New South Wales, Australia, to construct a 1 million-square-foot greenhouse operation, with large scale manufacturing, processing and office facilities for the cultivation, production and manufacture of medical cannabis and associated products in Australia.

The agreement is between the Richmond Valley Council and PUF Ventures Australia (“PVA”), a recently formed, majority owned subsidiary of the Company, which shall be led by Mr. Michael Horsfall of Sydney, New South Wales, Australia as President and CEO.  At full scale, the new facility will have the capacity to support annual production of 100,000 kilograms of high quality cannabis, which equates to an associated annual revenue generation potential of between C$800 million and C$ 1.1 billion (based on current pricing metrics in the Australian cannabis marketplace).

“We are continuing our strategy of global expansion by building a state-of-the-art, 1 million-square-foot facility which, when complete, will be the largest cannabis cultivation operation in the southern hemisphere and one of the largest in the world,” said Derek Ivany, President and CEO of PUF “We plan to leverage the expertise we have gained from the Canadian cannabis marketplace and the Health Canada ACMPR licensing process, to achieve our goal of becoming a large-scale cannabis producer in Australia as well as worldwide.  Our analysis shows that the cannabis market in Australia is approximately where the Canadian market was 4 years ago.  By entering this market through a strategic partnership with the local land owning government, we are positioning PUF to become a leader in both Australian and global cannabis production.  Our team has invested many months of planning with Mr. Horsfall, strategic shareholders, and with all levels of Australian government to extend our Company’s r each beyond Canada’s borders.

By cultivating small batches of high quality cannabis at high margins, I strongly believe we will achieve success in Canada, through our joint venture agreement with Canopy Growth Corp. and the CraftGrow program. However, I also understand that as the industry matures, production scale and efficiencies will drive the global cannabis market and therefore larger scale, lower cost producers will climb to the top.  This is a fantastic opportunity to position our Company as one of the first producers in the nascent Australian cannabis market.”

PVA has agreed to a purchase option agreement with the Richmond Valley Council for a 27-hectare parcel of land near the town of Casino in northern New South Wales, Australia.  This is a landmark agreement whereby the council will provide the land for 5 years at no cost, with an option for PVA to purchase the parcel on favorable terms after year 5. The Richmond Valley Council has been extremely supportive of PVA’s growth strategy and vision and is committed to improving local economic and employment opportunities. The purchase agreement and associated partnership with the Richmond Valley Council will allow PVA to enter the cannabis market on a solid footing with the full support of the local political and governing bodies.  Having the largest medical cannabis facility in the southern hemisphere in Richmond Valley is expected to draw other investments in research, education, manufacturing, tourism and other sectors.

“We are very excited by the prospect of working with an international company like PUF to support the development of this important new industry which will significantly add to our gross regional product, create approximately 300 direct new jobs in our local economy, and lead to other follow-on local and regional employment opportunities,” said Vaughan Macdonald, General Manager of Richmond Valley Council. “This locally supported project will go a long way to meet our commitment to reduce unemployment through economic development and improve the prosperity of our community. We look forward to working closely with PVA to bring this project to reality and working to create a new agricultural industry of medicinal cannabis in our region and across Australia.”

According to Grandview Research, the global medical cannabis market is estimated to reach more than $70 Billion by 2025, approximately ten times the size of the estimated total Canadian cannabis market at the same time. Australia is one of 12 countries that have introduced new medical cannabis laws in the past 2.5 years. Assuming recreational cannabis becomes legal and with a population of more than 24 million people, roughly two-thirds of Canada’s population, it is suggested that the cannabis market in Australia could grow to $9 Billion over the next 7 years.  Being one of the first companies to market, PVA looks to capture a significant portion of that potential revenue.

Coinciding with the formation of PVA Ventures Australia, the Company has appointed Mr. Michael Horsfall as President and CEO of the majority owned subsidiary. Mr. Horsfall has worked extensively as a strategic business consultant with various Australian and internationally listed companies and brings over 20 years’ experience to the role.  He has been responsible for successfully leading pursuit and capture teams across government and whole-of-government (WOG) IT outsourcing projects, at both the federal and state level.  Mr. Horsfall has won numerous awards for excellence for his work with the Kosovo Safehavens & Immigration Detention Centres. He has worked with companies on M&A activities and large scale program recovery, and as a qualified Programme Director he has managed and advised on some of the largest programs within the Australian government. Mr. Horsfall has founded and been involved in numerous companies in the information technology, consulting, finance, hospitality and real estate sectors. He brings with him an extensive network and relationships combined with an in-depth understanding of government, which he will leverage to full advantage.

“I am very pleased to announce this joint venture partnership between PUF Ventures Australia and PUF Ventures Canada and I’m excited with our plan to build a state-of-the-art, 1 million-square-foot cannabis greenhouse operation,” said Mr. Horsfall, President and CEO of PVA. “PVA is fully supportive of the Australian federal government’s policy and commitment on stimulating strong economic growth in regional Australia. We have successfully partnered with a local government to stimulate long-term growth, deliver sustainable employment and further diversify regional economies by enabling them to enter and access new markets through this strategic partnership.  While the cannabis market is in its infancy in Australia, we are confident that the Richmond Valley project will make a significant difference to a local economy.  Our core strategies align with that of government and this will enable us to access a range of local support and initiatives from both federal and state governments now  and into the future.”

The strategic partnership between PVA and the Richmond Valley Council accelerates PUF’s aggressive global expansion strategy.  The cannabis cultivation application protocols in Australia are similar to the Health Canada ACMPR process where requirements are broad and restrictive, and substantial funding is required.  It includes an extensive police check, plus strict regulations on the type and amount that security cultivation facilities will require.  PVA will file its formal application with the Office of Drug Control in the coming weeks and is working diligently toward becoming a licensed producer in Australia.

PUF Ventures is on the path of becoming one of the largest cannabis companies in the world.  The Company is currently working through the ACMPR process with Health Canada; it has launched a biomedical cannabidiol (“CBD”) product line to be manufactured in the United States and sold in Europe with a specific emphasis on Germany and Croatia; and now is planning a multi-phased build-out of a 1 million-square- foot cultivation facility in Australia, that, when complete, will have production capacity of approximately 100,000 kilograms of cannabis per year, which equates to an associated revenue generation potential of approximately C$800 Million to $1.1 Billion.

PUF Ventures Inc. owns a majority interest in AAA Heidelberg Inc., a private Ontario company that is an advanced applicant for an ACMPR license from Health Canada.  The Company has an option to acquire the balance of shares to own 100% of AAA Heidelberg Inc. upon receipt of the ACMPR license. Through an exclusive joint venture agreement with Canopy Growth Corp., the Company will join CraftGrow, a collection of high-quality cannabis grown by a select and diverse set of producers, made available through the Tweed Main Street website. While it cannot guarantee nor estimate the timing of the issuance of a license to AAA Heidelberg Inc. it is management’s goal to become a leading supplier of medical marijuana in Canada.

Weed Points Loyalty Inc. (formerly Vapetronix Holdings Inc.), a wholly-owned subsidiary of the Company, is in the process of developing Weedbeacon, a marijuana vape tracking technology and associated technologies.  Weed Points Loyalty Inc. also endeavors to serve as the first loyalty program that targets the emerging cannabis market by leveraging the use of technology and expertise of its management team to create a platform that will allow producers, patients, and consumers to interact and define the future face of cannabis commerce.  For more information visit: www.puf.ca.