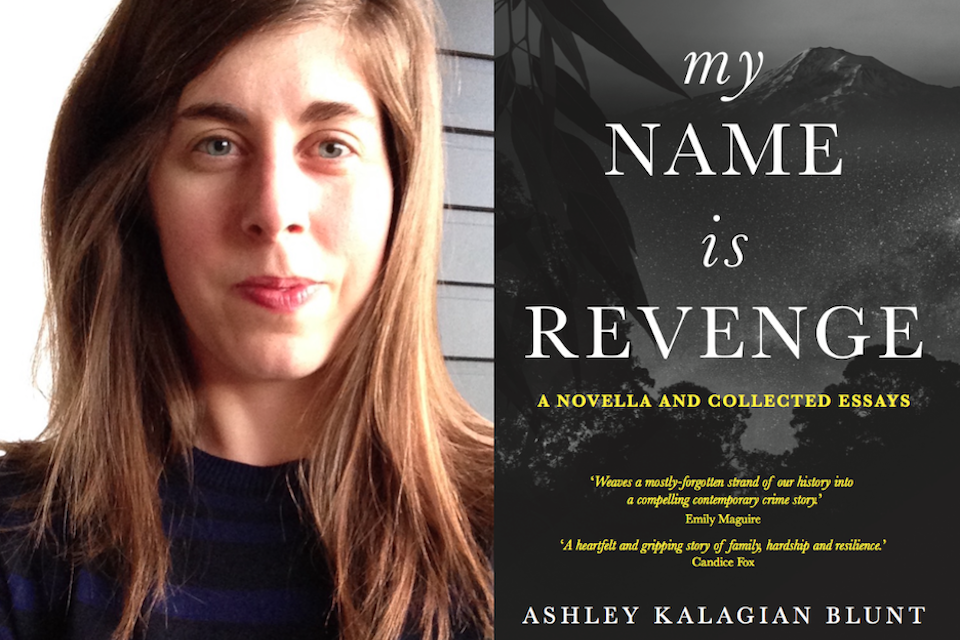 Author Ashley Kalagian Blunt launches her first book, My Name Is Revenge, at a public event at Avid Reader in Brisbane’s West End on Wednesday 24 July 2019, 6pm. She will be in conversation with Ashley Hay, novelist and editor of Griffith Review. Tickets are available through Avid Reader (details below).
Combining fiction and non-fiction, My Name Is Revenge explores the Australian connections to a wave of international terrorism that began in California in 1973 and continued for two decades. Terrorist groups sought retribution for the ongoing denial of the Armenian genocide, which took place in the Ottoman Empire during WWI.

Two attacks took place in Australia: the assassination of the Turkish consul-general and his bodyguard near his home in Sydney’s Eastern Suburbs in 1980, and a car bombing near the Turkish consulate in Melbourne. The car bomb exploded early, killing the bomber and leading to arrests in three cities. The assassination remains unsolved despite what was one of Australia’s largest manhunts and the offer of a $250,000 reward.

‘These events were major news stories when they happened, but have now been forgotten by many Australians,’ Kalagian Blunt says. ‘But they connect Australia to major events of the 20th century, and even to other forgotten parts of its own history, including Anzac Day.’

The Armenian genocide laid the blueprints for the Holocaust, and resulted in the deaths of as many as 1.5 million people. The Turkish government continues to deny these events.

‘As a descendant of genocide survivors,’ Kalagian Blunt says, ‘I believe it’s important that this history is widely recognised and understood as one of the key events of the 20th century. Australia is part of that story as well.’

Australian military historian Peter Stanley describes the book as ‘a fine example of why history matters’.

My Name Is Revenge is now available from all bookstores, and through major online retailers in both paperback and ebook.
Launch tickets are available through Avid Reader HERE