What price the family farm? 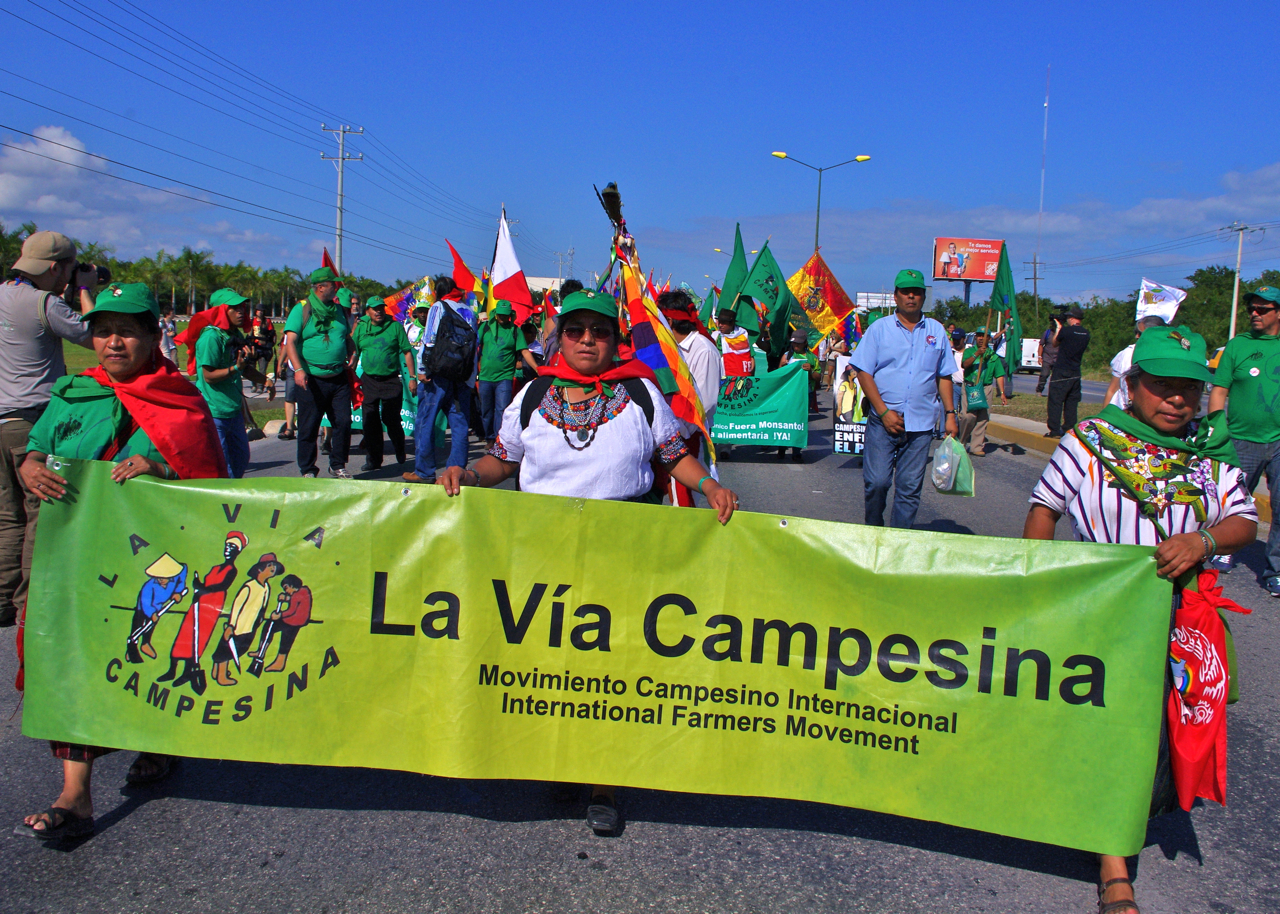 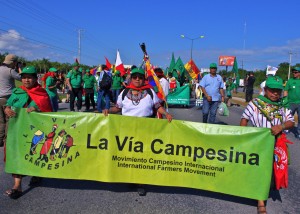 The Way of the Peasant opposes the Way of the One Percent – photo reproduced with permission from http://captures.yolasite.com/

A quiet revolution in food distribution is taking place in our midst but most of us remain blissfully unaware. Some of us buy food from market stalls or smaller suppliers. The rest of us pop off to the supermarket or the local shop without a second thought. When it comes down to it, what’s the difference?

The answer is, just about everything.

Drought relief has raised awareness about the viability of many farms. The scandal around SPC, once a farmer’s cooperative and now part of Coca Cola Amatil who wants to close it, has reminded all of us how important it is to keep an eye on who owns our food production.

The sad truth is that the family farm has been disappearing for decades and food factories are becoming the norm.

Variability and economies of scale

The Roman Senate fixed the price of grain “low enough to prevent the people rioting and high enough to keep the farmer on the land”. The fall of Rome is often attributed to the impossible nature of this task in a sprawling empire.

Modern corporations are more subtle. The dollar-a-litre-milk campaign sets the retail price of food so low that only huge businesses with subsidies from governments and major supermarkets can afford to supply them.

When Coles executive Peter Scott was sacked in November 2006 for misconduct it was revealed that he had a 20 percent stake in a major beef supplier Tasman Group Holdings. Coles paid everyone less than the production price for beef but then paid a bonus to a small number of suppliers, including Tasman Group. Those suppliers could then buy struggling, unprofitable farmers who were not getting the bonuses. This practice continues today.

So it is that corporate agribusiness has virtually eliminated the “enthusiastic rustic” from the agricultural landscape.

“We want to ensure we engage great family farmers in our local region who care about producing great food while caring for the land.”

A highly-distributed network of community hubs, city cousins and sympathetic outlets distribute the food directly to the customer.

“Customers have to get used to the seasonality of food. We do not sell kiwi fruit from Italy, oranges from California or garlic from China,” she said. “That means that sometimes the things you need for a particular recipe are not in the box”

“We assist customers by providing relevant recipes and tips for eating seasonally. It’s great for your health too, because buying in season means you are getting the most beneficial nutrients. We think of food as our medicine, to the preventative health benefits are substantial.”

The Food Connect Foundation works with global organisations to redress the balance between farmers and industrial food production. The foundation’s website sums up the problem neatly.

“From 1990-2007 the number of Australian grain farmers dropped by a fifth. Dairy farmers have declined by three-quarters. Family farmers are squeezed to ‘get big or get out’. The financial and social burdens on many farmers and their families have reached and exceeded breaking point. The rate of suicide and depression amongst male farmers and agricultural workers is more than double that of the urban employed.”

Emma-Kate told Westender that drought and market conditions have driven farmers to despair with a reported 32 suicides in the district.

Westenders recently supported the Foundation to send six Aussie farmers to La Via Campesina in Jakarta. We all need to raise our awareness of where our food dollar is going.