The Farmers Come To Boundary Street 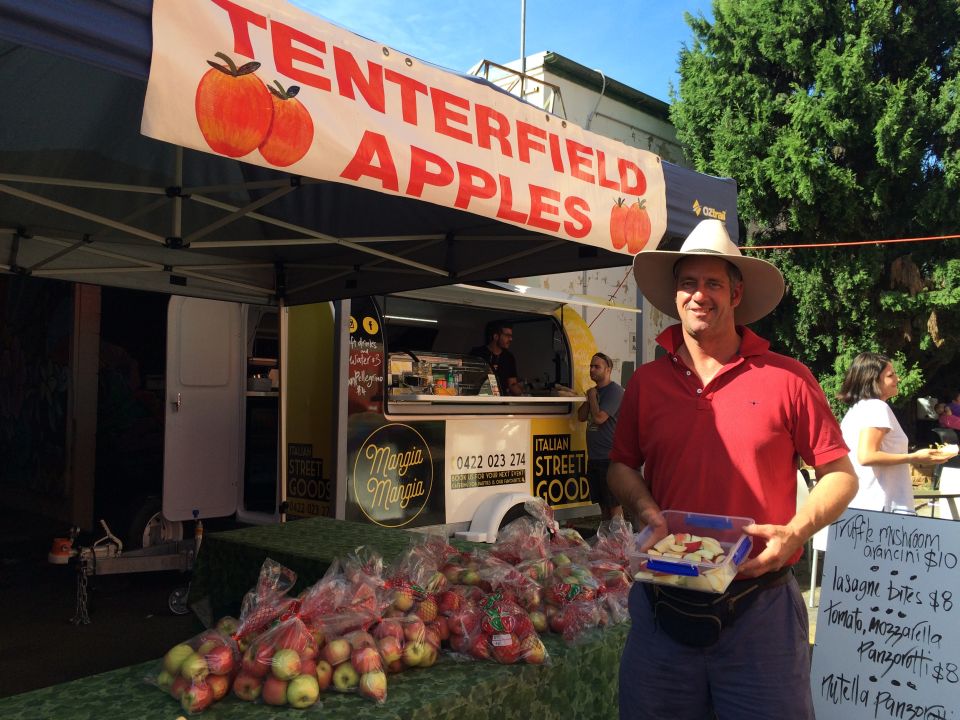 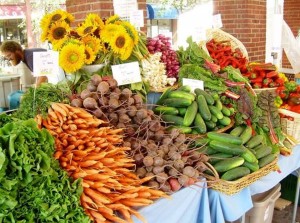 The recent frozen berry contamination scare underlined the risk of consumers being exposed to imported foodstuffs from countries that do not share Australia’s strict quality control regime, or our comparatively clean environment.

Packaging and labeling are not always a reliable guide, either. They won’t tell you the country of origin of an individual ingredient in a foodstuff if it comprises less than half the total value of the finished product. It’s still considered “Made in Australia”, according to the Food Safety Council, as long as it’s processed and packaged here.*

The ongoing neo-conservative shift to cutting red tape and deregulation, too, means that less and less of the food we eat is actually tested by a responsible authority or is in any way required to bear even a passing resemblance to the pretty picture on the label.

And I won’t even go into the politics of food, where the ruthless pursuit of profit has led to a global concentration of food production and distribution into the hands of a few multinational corporations whose only responsibility is to their shareholders, and bugger the rest of us. (Sorry)

Well, what is the consumer to do?

On Sunday 19th April, The Westender spoke to a number of food growers and producers from all over SE Queensland and Northern NSW who had come to West End for the launch of the “Real Farmers Market” on the ABSOE site in Boundary Street.

Jenny Whitaker is one of the leading lights of the Southern Queensland Country Regional Food Network (SQCRFN), a not for profit association that is trying to make local food available locally, and in the process getting a reasonable price for the farmer. See http://www.seasonalfeast.com.au/ for more info.

Jenny was having a great morning at the Markets, with all the people making music, and many of the food sellers cooking up the produce she had brought along from the local growers she represents.

Tom Ford from Tenterfield has always marketed his own produce, and has so far avoided having to deal with supermarkets or wholesalers. Tom has some 8,000 apple trees and 2,000 cherry trees on his orchards, and works hard at selling the fruits of his labour directly to the end customers. He works the markets assiduously across SE Queensland and Northern NSW, and

The Boundary Street Farmers Market is the brainchild of Markets manager David Bostock, who is hoping to create an authentic cooperative effort aimed at providing Brisbane-ites with the freshest possible ingredients at the best prices.

In addition to strictly local produce and a “meet the farmer“ ethos, Boundary Street Farmers Market features free programs every week such as cooking demos, farming and sustainability workshops, kids activities, and live music from great local artists. With so much on offer you’re encouraged to fuel-up with breakfast or brunch prepared by some of Brisbane’s best bakers, baristas and chefs.

*Under current Food Standards regulations, packaged food must carry a statement identifying either where it was grown or made. But this is where the confusion sets in.

“Made in Australia” means the product has to be “substantially transformed” in Australia and at least 50 per cent of the production costs incurred here. It doesn’t mean the fruit or vegetable was grown in Australia.

“Product of Australia” means that each significant ingredient originated in Australia.