Trace 2019: An Aesthetic Journey through West End with @Federica_Caso 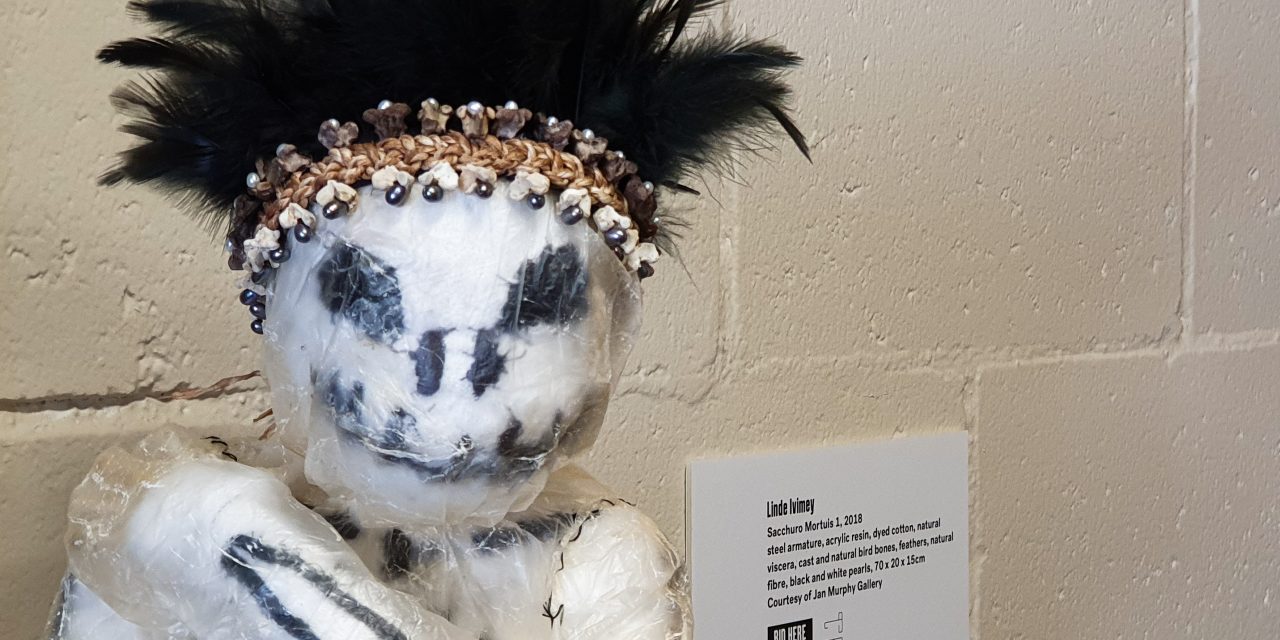 What’s better than going on an art hunt on a Saturday morning? As part of Trace 2019, West End has been dotted with art from well-established and emerging artists. You can find artworks in unexpected places such a bakery, a barber shop, and a pharmacy.

So, grab a friend and coffee, and start your art hunt!

There are two ways to do your art hunt. You can do it on your own with the help of the Trace 2019 website which has a built-in app to help you navigate West End and gives you information about the art and artists. Alternatively, you can do as I did and sign up for a Trace tour.

I took the 9 am tour on a Saturday morning led by the equally knowledgeable and fashionable Marilyn Trad. She kept the conversation going with captivating snippets of artistic knowledge and gave us short and on-point information about the art and the artists.

Marilyn was joined by local historian Tim Quinn and architect Paul Hotston. The three provided insightful guidance not only of the artworks that are part of Trace 2019, but also of the history of West End. Paul talked about the distribution of space in West End, pointing at the difference between the jammed Boundary Street and its shops, and the sparser Vulture Street where the local light industry took place. He also reminded us of the Black history of Boundary Street, which was the physical boundary between Aboriginal people and white society. Tim told us of the history of some of the oldest buildings around Boundary Street and Vulture Street.

The combination of Marylyn’s knowledge and passion for art, Paul’s insights into the local architecture, and Tim’s windows into the past made for a perfect morning.

As part of Trace, expect artworks from well established artists such as Richard Bell, Judy Napangardi Watson, and George Gittoes, and from emerging and mid-career artists such as Zoe Porter, Tyza Stewart, and Jackie Ryan.

One of my favourite artworks was Linde Ivimey’s Sacchuro Mortuis 1 which you can find in Dresden Optics. This is a small statue of a creature of death holding her body with her hands and arms. While the face of this creature might look cheeky and even scary to some, the body language reveals vulnerability and a desire for affection. Another artwork that resonated with me was Zoe Porter’s Goat Girls, a canvas featuring two animalistic female figures which remind me of Leonora Carrington’s feminist surreal art. The striking character of this artwork is not just in the animalistic women, but also the combination of the delicacy of watercolour and the force of red and black that dominate the canvas.

Trace is both an exhibition and an auction and the artworks can be purchased by bid. The profit is split between the artist and Community Plus+, an organisation which supports local communities by organising events and providing resources and support.

TRACE runs from August 8–24. With online bidding up until 9pm on 31 August.

There will be two more guided walking tours of the exhibition on Saturday 24 August.

Tours meet at the 4AAA kiosk opposite the goanna on Boundary St, West End at 9am and 11am. Book via the Trace4101 website HERE