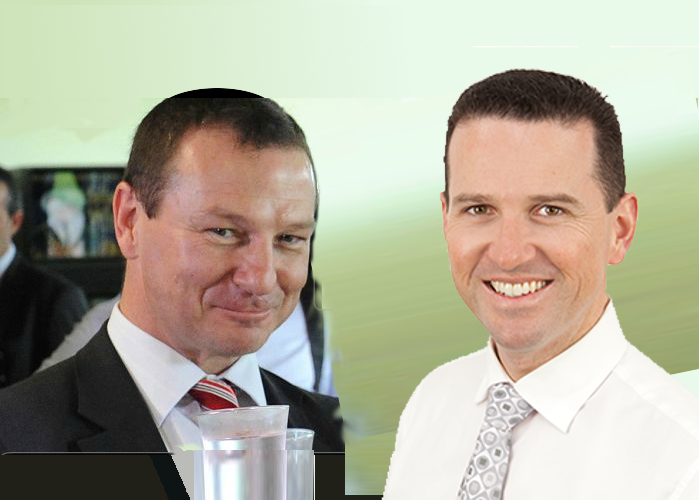 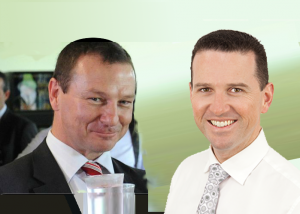 Any one expecting a lightweight version of the leaders debate when Graeme Perrett and  Malcolm Cole lined up at the South West Chamber breakfast last week got more than they bargained for.

The most marginal seat in the country is being hard fought by two serious contenders, both vigorous terriers who will take the fight all the way down to the line. Both are long time members of the community and well known to the Chamber generally.

Perrett has the natural advantage of the incumbent, he is across the detail of a lot of the legislation and has direct experience solving the problems of many people in the community. That is not such a great advantage though when the government you represent is on the nose and most people are keen to see a change.

Malcolm Cole has matured throughout this campaign. Even though he has stood for the seat in 2010 his initial forays into public were somewhat intense and a little shaky against the more experienced opponent.

He has settled into the role. He is calmer now and more steady and whacks back the insults with a straight bat and a wry smile.

4BC small business and real estate guru, Kevin Turner, chaired the debate and set the ground rules firmly before passing the baton to Graeme Perrett as the incumbent.

Graeme emphasized his credentials in the community, and role that the Labor Government has played in staving off the worst impacts of the Global Financial Crisis. He painted a picture of a competent and careful government that has struggled against difficult external forces, and a hostile media.

Malcolm very politely suggested to the audience that they look at the picture a completely different way, the government has been in shambles, minority parties and independents have taken them in directions they would prefer not to have gone and there have been many failed programs. Let us make it all better for you.

Both gentlemen quoted a number of statistics which I dutifully noted but will not bore you with right now. If you want them please feel free to contact me.

The real fun and games started with Question Time, however.

A question about car manufacturing and the fringe benefits tax elicited the predictable responses:
ALP – the car industry is incredibly important and we support it, the tax is simply tidying up the paperwork
LNP – you do not support an industry by ripping the guts out of it in tough times.

Chamber regular and contrarian David Stark challenged Perret to defend the work of 99% of climate scientists and prove that global warming is caused by humans. When Perret deferred to the CSIRO on the grounds that they are the experts, Stark interjected and was roundly ticked off by other chamber members who had come to hear about government policy not conspiracy theories.

Archerfield Airport Corporation’s Corrie Metz raised the issue of veteran pensions and revealed one area where Malcolm Cole had a better grasp of the detail than Graeme Perret. The LNP has offered to index the Accumulated Benefits Scheme to the better of the CPI or the average male wage.

On the cost of inputs for small business, Malcolm had the room behind him with cutting the carbon tax, allowing the dollar to fall by borrowing less and reducing on-costs. Graeme valiantly pointed to all the good things the ALP has done but the internal tensions of the ALP and the challenges of running a minority government curtailed the conviction that a government should bring to such a debate.

The question of intergenerational wealth and bracket creep in taxation came as the room was clearly calling for the bell. Both terriers savaged the bait with the most vigour they could muster and the adrenaline of the room rose two notches.

Perret claimed credit for the economic miracles of floating the dollar and the Accord under Hawke and Keating and pointed to the significant tax rises under Howard. The ALP saved the country from the GFC and we now enjoy the best economy in the world.

That gave Cole just the head of steam he needed to quip that it is amusing to hear constantly that the ALP loses money because they get into government just as the external world goes bad just as they reach office. First he cited 9/11 the Asian economic doldrums and a couple of wars as being externalities managed by Howard and then he delivered the line of the morning as far as this scribbler is concerned.

“Let’s say I’m wrong. Let’s say that it is just luck and every time we get into power the economy improves by coincidence. Well I ask you, wouldn’t you back the team that has all the good luck?”

After that it was really time for everyone to pack up gracefully, wipe the scrambled eggs and bacon juice off their faces and get to work.

Another ripper of a morning at the Chamber and a great opportunity to see these two candidates as they near the end of a long and toughly fought campaign. Full marks to both of them and to the chamber  for putting it on.