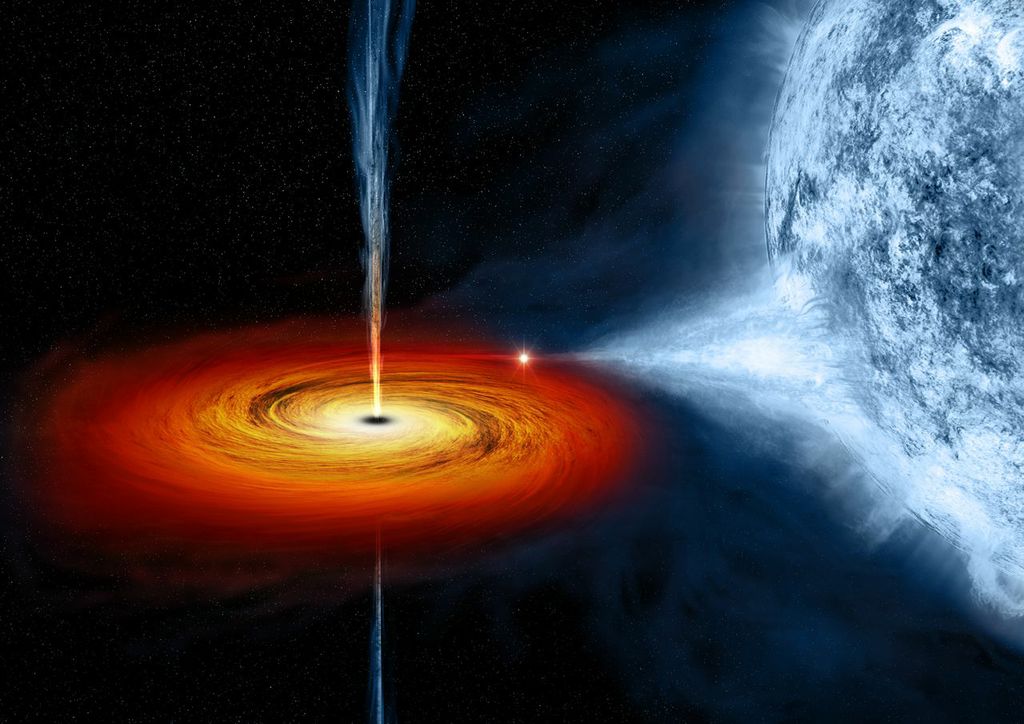 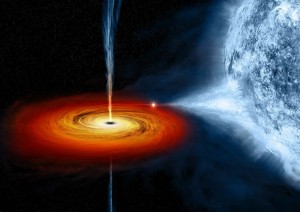 High-speed ‘jets’ spat out by black holes pack a lot of power because they contain heavy atoms, astronomers have found.

Black-hole jets recycle matter and energy into space and can affect when and where a galaxy forms stars.

“So we want to understand better the impact jets have on their environment.”

The work, led by Dr María Díaz Trigo of the European Southern Observatory, is published in the journal Nature today.

Astronomers have known for decades that black-hole jets contain electrons, which are low-mass particles.

But using the European Space Agency’s XMM-Newton space telescope and CSIRO’s Compact Array radio telescope in northwest NSW, the research team found the first evidence of heavy atoms — iron and nickel — in the jets from a ‘typical’ black hole known as 4U1630-47.

An iron atom is about 100,000 times more massive than an electron. When a massive particle is moving it carries more energy than a lighter particle moving at the same speed.

“Heavy atoms have been seen in jets from one other system, SS433, but that’s a very unusual system, an oddball, whereas this system is quite typical, much more likely to represent black holes in general,” Dr Tzioumis said.

While 4U1630-47 is a small black hole, a few times the mass of the Sun, the physics of black holes “is scalable”, he said, meaning that the finding would apply to larger black holes.

The discovery suggests that jets are powered by the black hole’s accretion disk — a belt of hot gas swirling around the black hole — and not by the spin of the black hole itself, which would be more likely to produce jets containing only light particles.

The jets from 4U1630-47 are travelling fast, at two-thirds the speed of light.

When such fast-moving jets containing heavy particles smash into matter in space, they could generate gamma rays and neutrinos, which might be detectable with current and future telescopes.