Westender has been West End’s voice for 28 years.

Originally a weekly tabloid newspaper it has been the voice of the community, with locals writing about locals for locals. That tradition has continued up to the present day, even though many of the locals now come from all corners of the globe and we are somewhat more densely settled than we were in 1992.

In between, Westender was a colourful fortnightly A4 publication, until the floods and family illness knocked the stuffing out of the little paper with a big heart.

We look forward to working closely with you to let the world know just what a wonderful place our West End truly is.

Submit your article ideas or comments using the form below or by email to info@westender.com.au

The Westender acknowledges and respects the traditional owners & custodians of the land on which we work: that of the Jagera and Turrbal nations. 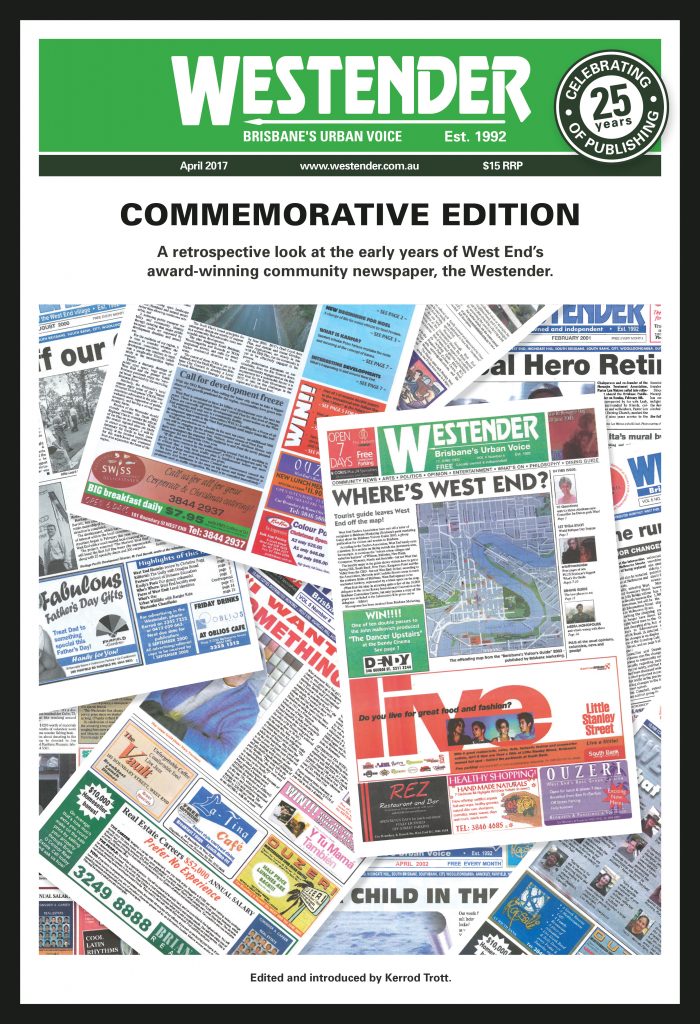