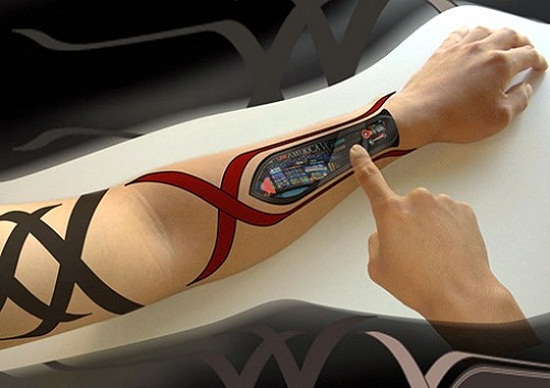 Despite headlines such as ‘Riding the Wearable Boom’ and the enthusiastic release of products like Salesforce Wear, ‘a complete eco-system for the enterprise’, the pundits are generally underwhelmed by the latest wave of wearable computing products.
More importantly, the ordinary punter – that’s you and I dear reader – are not lining up at the g-Store buying google glasses in bulk. In fact, Network World’s Frederick Paul writes that Google Glass has set back wearable computing for ten years.
The Samsung Wearable Tech range, featuring the latest in digital watches going by the low key label, Samsung Gear, has barely even registered in mainstream consciousness.
Part of the problem is that no-one really knows what we want this stuff for – we are not driving the demand for new technology, the tech-companies are looking for ways to drive us.
Our phones currently do everything we want and more: we use only a minute fraction of their curent capability. Marketing and publishing agencies are really only beginning to lumber into gear to harness the ability of personal networked computing devices that know more about us than we know about ourselves.
In 1991 I wrote in PC User magazine “Computer companies are actively seeking the ideal size for the the laptop computer – which always seems to be smaller than the current crop of computing devices. The constraint, though, is screen size. Interestingly, the phone is becoming the tool of the bosses and the laptop the tool of the worker.”
I’m not claiming to have predicted the impact of the iPhone a decade before its appearance but it is instructive to note Bob Metcalfe’s observation that “the future is already here, it is just unevenly distributed.” The point is that by looking around us we can already see the future. Screens are becoming ubiquitous. We have them on our car mirrors, an increasing number of digital devices and in all sorts of public spaces.

As always we only need to look at the sci-fi films to see how this will be integrated. As we move past these screens they will become part of our personal network experience. Our interface with the network then, will be ubiquitous. What this does not explain is what will be our connection. And that is where the digital watch comes in. The watch

The digital watch will evolve to become the nerve centre of our personal computing node, in the same way that our phone is now. It will be complemented by a range of input and output devices that allow us to speak to the network and see what is available. In the house, that might be our TV or fridge mounted screen, in the car that will be our hands free microphone and the screen attached to our review mirror.

The watch, like the spectacles, have evolved four centuries to become an integral extension of the human body. When the digital glasses get good enough, we will have our own personal screen on our faces with a microphone built into the frame. At that point, the phone in our pocket will be largely redundant.
There is one thing that the phone has introduced to the networked experience that needs to be taken into account and that is the touch screen. The direct, visceral experience of gesturing directly onto the output device is a fundamental change in the way that we interact with the computer. Another thing that the sci-fi imagery shows us is that the three D hologram is a much more powerful interface than the touch screen. The next development in that direction is the evolution of the stylus pen as a gesturing device that allows us to point to elements in the image made visible by our digital glasses. That completes the picture, regardless of whether it is a current 2D image, or a more futuristic 3D hologram.