Kerrod Trott has been the publisher for the Westender since 1992. He has worked as a copywriter, media consultant, and freelance writer. He is a community activist and environmentalist. Kerrod now lives in South Australia where he is active in his local community and is chairperson at Willunga Environment Centre. 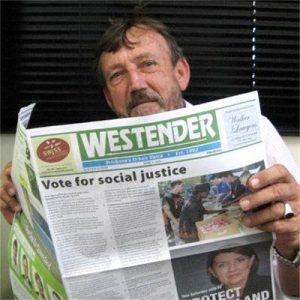 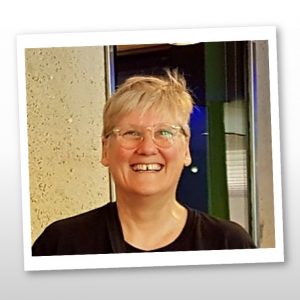 Jan lives in West End and has been a regular writer for Westender News since 2014. She was the ABC’s Community Correspondent for West End in 2014-16 and has written for Margo Kingston’s Citizen Journalism site, No Fibs. She has been active with community group, Kurilpa Futures, and with her trade union.

Annabel Johnston is a dietitian with a passion for optimising the physical and mental health of the community. Annabel develops evidence-based social media content and owns a dietitian practice focused on practical and actionable results for everyday people. 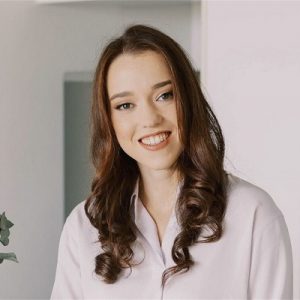 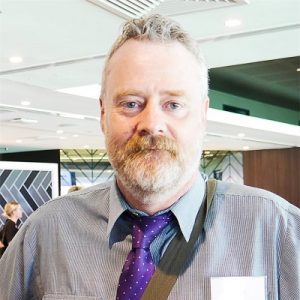 Chris Dawson is a professional historian with extensive experience researching and presenting the history of southern Brisbane. He initiated the incorporation of the Friends of South Brisbane Cemetery and also the Boggo Road Gaol Historical Society, and is the secretary of those organisations. He is a strong advocate of utilising Public History to engage communities in their local history, with the aim of encouraging them to become active protectors of heritage. Chris was the co-recipient of the John Oxley Library Award for 2021.

Christine Schindler worked for six years as a visual journalist and educator in China. Since being based in Brisbane from the start of 2020 she has explored long and short-form documentary filmmaking, developing projects that examine her concerns in human rights issues, the privatisation of public services, and environmental injustices. She is passionate about breaking down barriers in documentary filmmaking to create more accessible platforms of documentary video storytelling within local communities. 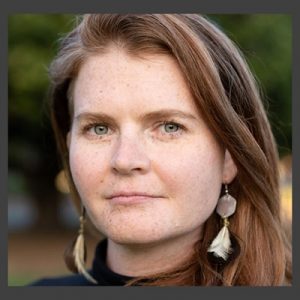 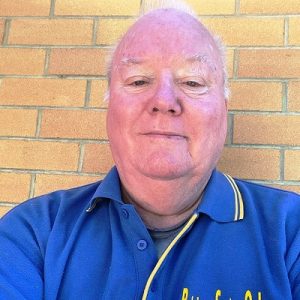 Dick Bennett is a retired State Public Servant who worked in management roles in the Qld Police Service, Department of Environment (National Parks) and the Department of Primary Industries. His role has been writing Ministerial briefings and correspondence and preparing press releases, draft legislation and policy documents. He has also had roles in a finance and management.

He has been an unpaid volunteer for several not-for-profit organisations in Brisbane as well as in Townsville and Cairns.

He is a Justice of the Peace (Qual), and holds a Diploma of Management.

He has been a volunteer mentor, and publicity and grants officer for Brisbane Seniors Online for around 16 years. He loves volunteering and still a volunteers with Good Neighbourhood Program-Brisbane City Council and Sandgate RSL sub-branch. He has volunteered with Animal Refuge at Bracken Ridge and in the National Parks as an Honorary Fauna Protector.

He was also an Army Reservist as a transport driver in the RAASC (later RACT) at Ashgrove and later Townsville.

Federica is a freelance art critic and reviewer who lives and works on unceded Jagera & Turrbal land. She writes on local art for The Westender, ArtsHub, and Nothing Ever Happens in Brisbane. 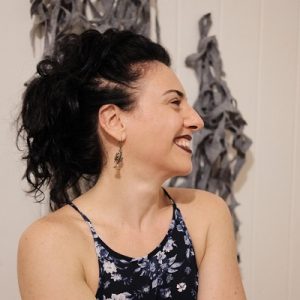 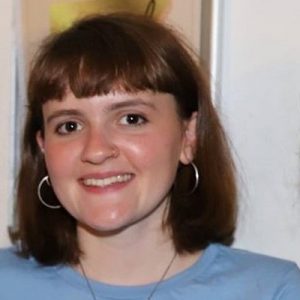 Hannah Schuch is a 4101 local, having lived in various parts of Highgate Hill and West End over the past 4 years. Hannah works as an environmental campaigner and communications specialist for conservation campaigns across Queensland, in particular the Our Living Outback alliance and the Western Rivers Alliance. Hannah loves to contribute stories that connect people in the city with nature not only in urban settings but further afield like the Outback and with those that work hard to keep these landscapes healthy. Hannah is passionate about empowering communities on the frontlines to share their stories and create change. When Hannah isn’t campaigning for more national parks and protected areas, Indigenous Ranger jobs or to ban fracking in Queensland’s Channel Country, she can be found playing piano, at live music concerts, delving through op shops or at the beach. 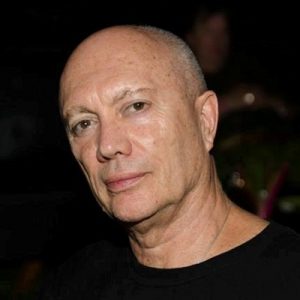 Ian has been a resident of West End since 2002.

Jade Macbeth is a journalist and writer with a passion for learning and sharing knowledge. She believes shared stories connect us and the media is in a unique position to inform, question, and provoke. Armed with the tools to access and disseminate information we can set curious minds alight as we uncover stories the world needs to hear. 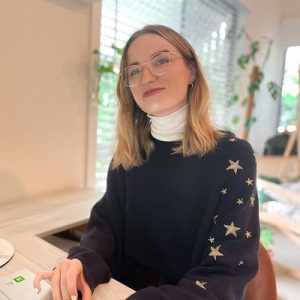 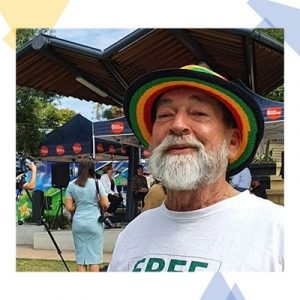 John Jiggens is a writer, former academic and a journalist, who was the founding editor of the Westender and The Cane Toad Times and who has been a 4ZZZ journalist over several decades. John was an independent candidate for South Brisbane in the most recent State election.

Hi, I am Karagh-Mae Kelly, most people know me as Kaz. As an avid animal lover my leap from law enforcement to your local business owner and political candidate wasn’t as crazy as some might think! I own Doggy Day Care Brisbane located here in West End and in Coorparoo and have run for the seat of South Brisbane, senate and for Lord Mayor. I am an advocate for a kinder, more just society, for our most vulnerable, including animals and the environment. I am the secretary for Little Lives Australia and have sat on two local DFV boards. I believe the link between DFV and animal cruelty can no longer be ignored by organisations, law enforcement and politicians.

I love to support local so you will mostly see me out and about in West End eating, drinking, buying books and goodies from all the amazing businesses. I hope you enjoy my articles as much as I love writing them. If you see me around feel free to say hi. 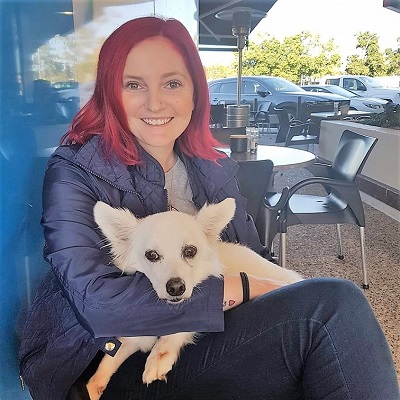 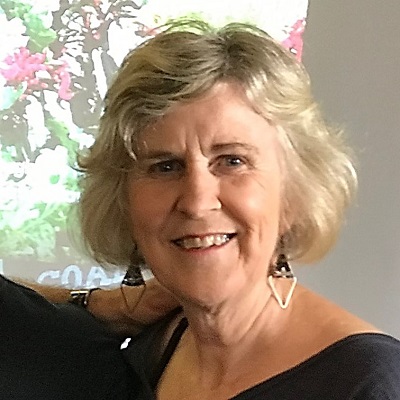 Kurilpa peninsula has been my home for 45 years now. I have always loved its cultural mix, walkability, lively streets and rich array of community interest groups, it makes anything seem possible. I spent my early working life in teacher training and then moved into environmental and social planning firstly in Brisbane City Council then as the focus of my consultancy business. As a community activist I have campaigned for very different urban planning across our peninsula, an end to fossil fuel extraction in Queensland and to greatly increasing the asset base for our community especially parks, community centres and information hubs throughout Kurilpa. These passions continue alongside my extra duties these days as a grandparent and 17 units of study for a financial counselling diploma!

Writing for the WestEnder is a privilege – this long-standing community paper enables us to share our concerns and gives us voice, it maintains an important record of locals from all walks of life and the local highlights around us.

Maeve Cunnington: Retired but not from life. Loving the time, I now have to draw and paint after all these eons of getting around to it. Busy gardening, picking up discarded plastic on my walks, climate and social issue activism, time with the GF’s and family, books and movies. And baffled by reticence and delays where action is so obviously needed … climate, justice, education…is your head spinning too? 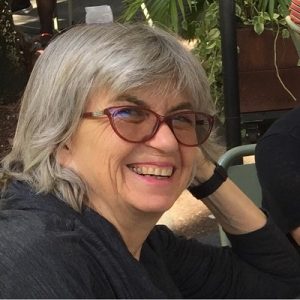 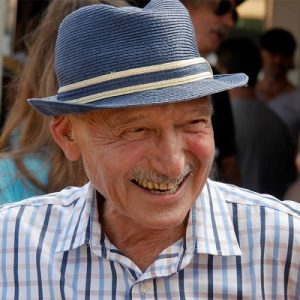 Phil Heywood is a past President of the Queensland Division of the Planning Institute of Australia and former head of QUT’s Department of Planning & Landscape Architecture, who has been simultaneously active for many years as a community planner, advocate and activist. He has been involved in numerous debates over directions of future development in Brisbane and Australia wide, from the future of South Bank and open space systems for South East Queensland to appropriate development for Brisbane’s inner suburbs. His publications include ones on Planning & Human Need, The Emerging Social Metropolis and Community Planning, as well as many articles on social planning and housing policy, community governance, public participation and planning for truly independent societies. He remains an Adjunct Associate Professor with QUT, supervising research projects and teaching planning processes and community planning. 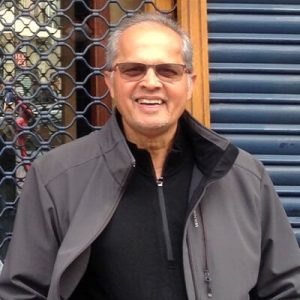 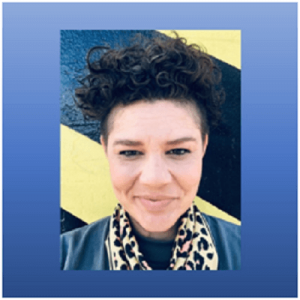 Rachel Hinds is the State Manager for the Top Blokes Foundation and was responsible for launching the charity in Queensland. Top Blokes is on a mission to improve young male health and well-being. They work with groups of boys and young men over 3 to 6 months to increase their resilience, empathy, and respect for self and others, and in doing so work to reduce the rates of suicides, mental health issues, antisocial and risk-taking behaviours.

Richard Meyers is a 26-year-old Brisbane based writer. After a short career in professional musical theatre as a dancer, he has been working as an Academic English tutor and currently tutors several film theory subjects at QUT where he is also studying his Masters of Teaching. His first Masters was in video game narrative and he is an avid fan of the visual arts. In his personal life, he enjoys painting, playing piano and working away on his science-fiction/fantasy novel series 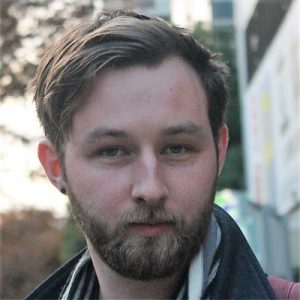 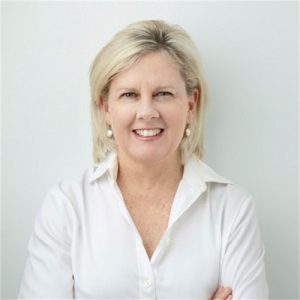 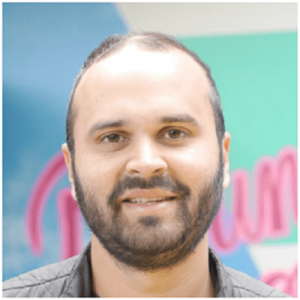 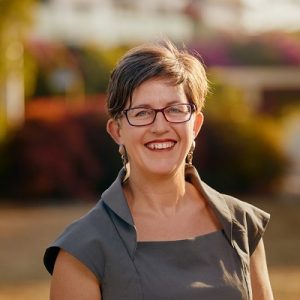 Sally Dillon is a Brisbane-based freelance writer, with a focus on planning, women’s rights, travel and active transport. She writes for The Guardian and is co-founder of The Better Buranda Project, a community group established to campaign for better development outcomes for the Buranda (Woolloongabba) area.

Steve Capelin has written for theatre, published short stories and, in 1982, was a founding member of the West End based Street Arts Community Theatre Company. In 1994 he published Challenging the Centre – Two Decades of (Queensland) Political Theatre while teaching at QUT.

He is a local West End historian and author whose novel Paradiso tells the story of his wildly adventurous Italian ancestors who arrived in Australia via New Guinea as refugees in 1881. He lives and writes in Brisbane. 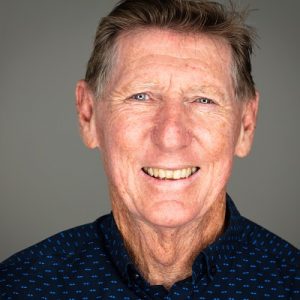 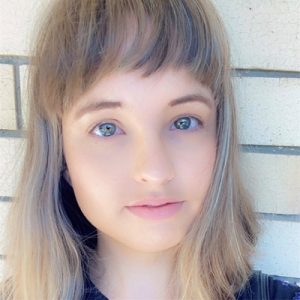 Anina-Marie Warrener is the creative director and writer-in-chief for arts and culture platforms, Bravo Brisbane, and Bravo Gold Coast. A proud jack of all creative trades, Anina-Marie has worked as a writer, composer, singer, actor, director, and producer. She graduated from QUT’s Bachelor of Fine Arts (Drama) program in 2014 and UQ’s Master of Events Management in 2016. Most recently she wrote, composed, produced, and directed Mettle, Moxie & Melody for Anywhere Festival 2019 and Campfire Cabaret: The Legend of Deirdre for Anywhere Festival 2021.

Ned Hammond is a journalism and political science student with a passion for truth and fairness. His areas of interest include politics, culture and the creative arts. 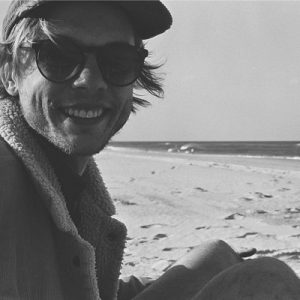 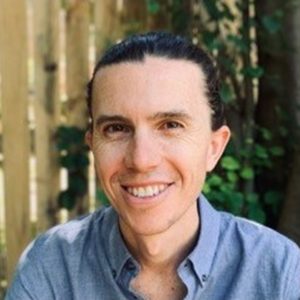