A reprieve for Stradbroke Island 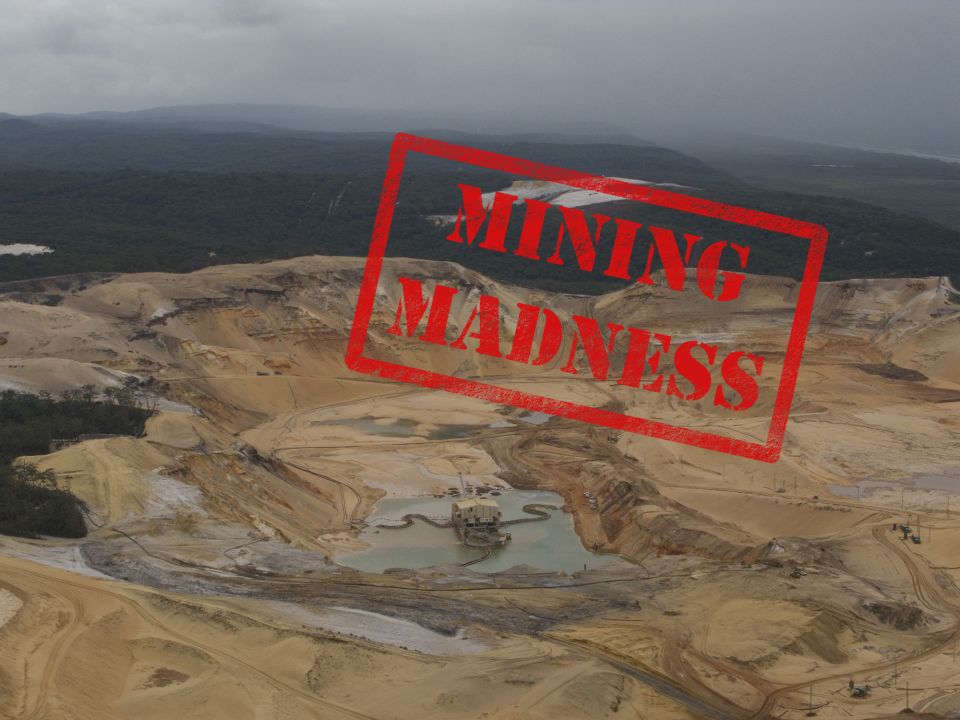 Mr Des Boyland from Wildlife Queensland said today, “Steven Mile’s statements in the Courier Mail on Friday reinforce his government’s commitment to honour Labor’s pre-election commitment to repeal the disgraceful Newman legislation that trampled over native title rights and allowed for an extension of mining to 2035”.

Dr Tim Seelig from the Wilderness Society said, “Minister Miles and his government will be righting a wrong. Many Queenslanders felt great disquiet when the Newman Government rushed through legislation that rode roughshod over native title and delivered great financial benefit to a mining company”.

“So many people on this island felt the Newman Government’s disregard for native title and state agreements with the Quandamooka People was a step too far. Justice has to be restored for us to move forward,” said Dr Jan Aldenhoven resident and biologist on North Stradbroke Island.

Mr Paul Donatiu from National Parks Association of Queensland said, “The Island’s National Park, Naree Budjong Djara, is a great asset and we welcome new additions. The island’s standout natural features and indigenous heritage and culture are its future. Stradbroke is a jewel. Our Association is heartened by this Government’s recognition of the value of the island, its community and desire to restore native title rights”.

“The Government has stated its commitment to help the island transition and we encourage them to repeal the legislation expeditiously so the transition work can get under way”, said Mr Boyland.

Dr Aldenhoven: “The island community attended numerous consultation sessions under the Bligh Government; plans were drawn up and reports were produced. With a change of government those plans were shelved. Now it’s time to get on with the business of building on those plans and implementing some concrete actions”.