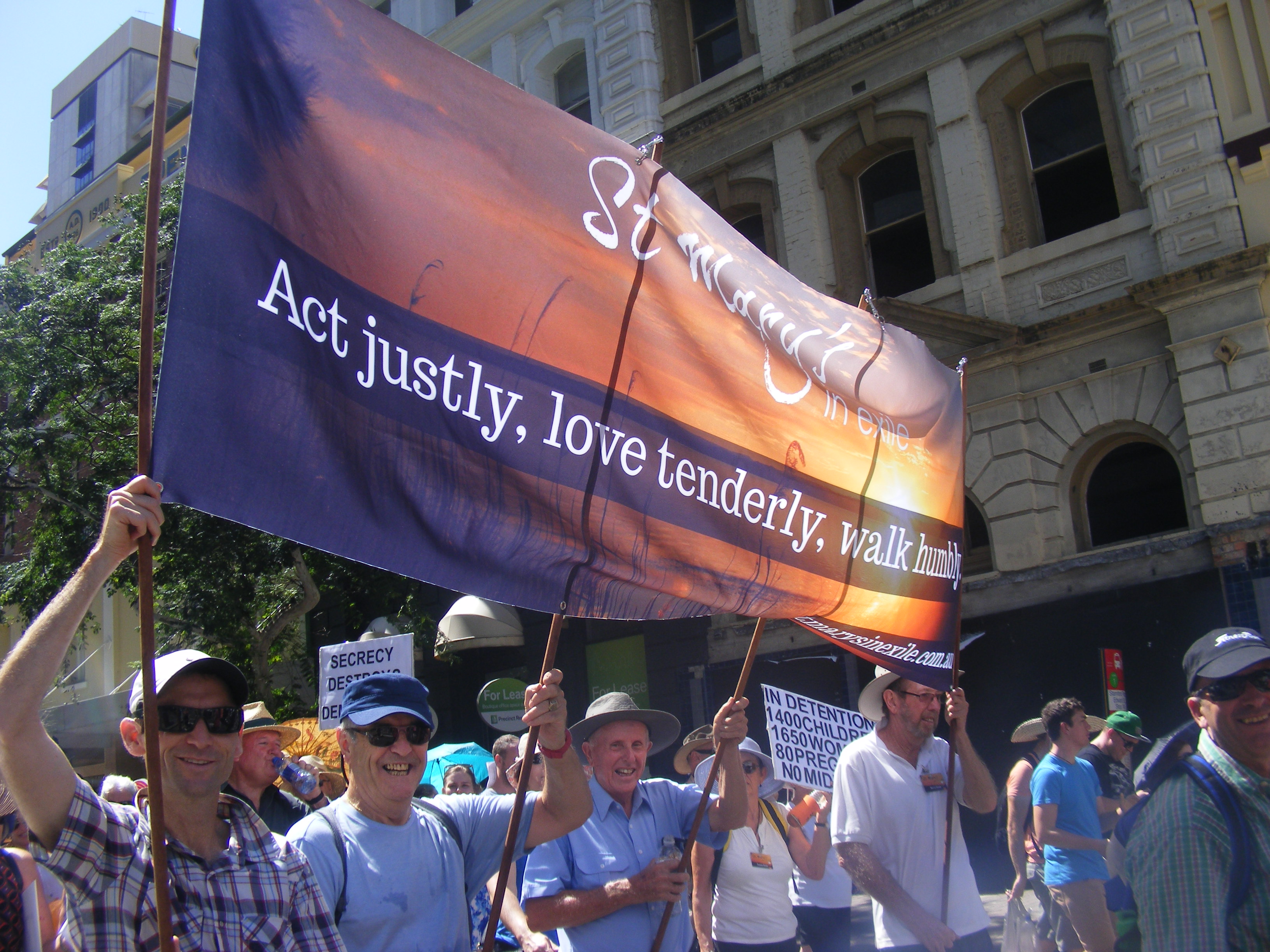 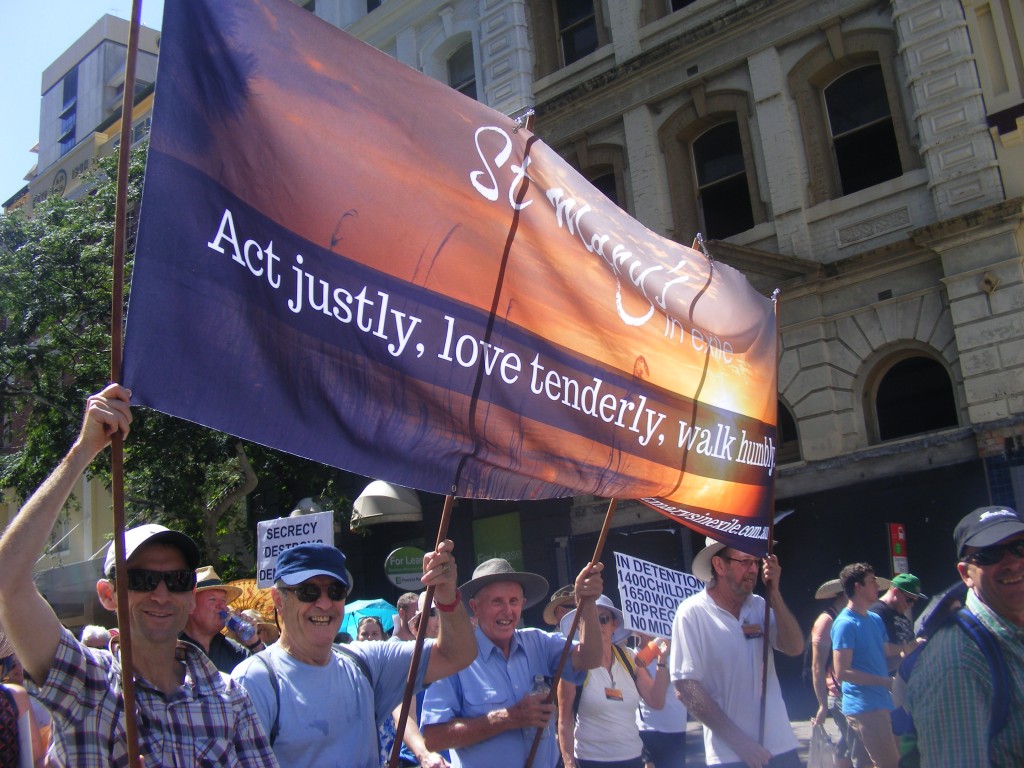 St Mary’s in Exile was created when priests Peter Kennedy and Terry Fitzpatrick walked out of the St Mary’s Catholic Church in West End and down the road to the Trades and Labour Council Building with almost the entire St Marys Community.

They set up a community built around the mission statement – St. Mary’s in Exile is a community of diverse people who come together in the light of the Christian mystery to act justly and give priority to the marginalised in our society.

I asked Terry Fitzpatrick how he sees faith intersecting with social responsibility. 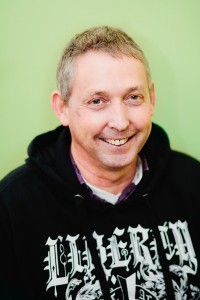 “It’s at our very core. Even the literal reading of the Christian narrative is a story about the protection of the poor against the excesses of authority. Christ was murdered because he worked with prostitutes, tax collectors and fishermen and stood with them challenging authorities that would oppress them.”

I asked him about the difference between the Catholic Church of the Inquisition, the crusades, Papal Infallibility and oppression of women, all of which appear to be at odds with this view.

“Emperor Constantine was looking for a religion that would bind the people to his cause, that would reduce the cost of subjugating his people and inspiring his soldiers and Christianity ticked many of the boxes. His advisers cobbled together a grab bag of religion’s greatest hits. The story of the Virgin Birth, Three wise men following a bright star to a divine child, the resurrection, and many other Biblical stories all came from other religions.”

We discussed the fact that the political structure of the church – the pontiff, the election process, came from classical Rome. His view that the official church does not represent or live the core of the Christian message explains why St Mary’s is in exile.

“We maintain the form of the church because that is where we have come from and what works for majority of the community. The fundamental message though, is the same as that coming from many other faith based and secular groups. The message is ‘Awake, sleeper. Let Christ’s all-embracing universal consciousness prevail.” All is one.

He believes that the message goes well beyond social responsibility and the need to protect the less well off from the ravages of the rich and powerful.

“At our core is a stillness, a deep connectedness. This is true at a spiritual and a scientific level.”

He quotes Thomas Berry, patron saint of the Deep Ecologists. “My small self is my large self.”

Terry sees our task in this century to move beyond a dualistic, mechanistic view of the world where we alienate resources for consumption to a holistic, integrated view that revitalises and replenishes the whole.

Nature Reserve and the impact of the Galilee Basin coal mines, through to guerilla gardening. members of the congregation regularly talk about seed sharing and living simply to reduce their footprint.