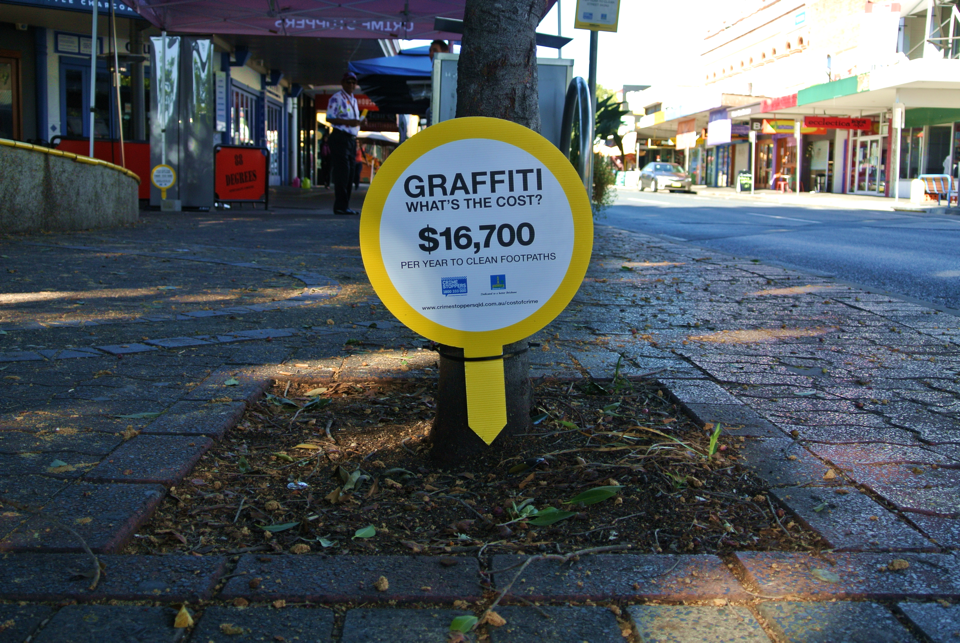 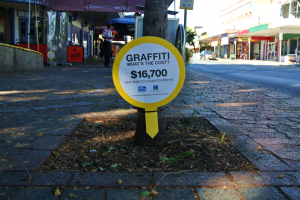 Crime Stoppers Queensland Operations Manager Jonathon Cowley told the Westender that the AU$3.1 million is spent on cleaning up public spaces and he would not be surprised if local businesses and property owners have to spend a similar total amount.

“What are we missing out on by spending AU$3.1 million removing unwanted graffiti?”

In the pamphlet they are handing out today says that, “graffiti vandalism can make some people feel unsafe. Further, graffiti vandals can progress to other criminal activities.” 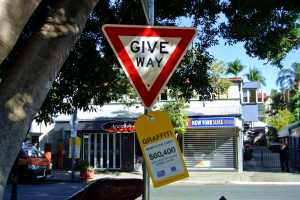 When asked what that entails, Mr Cowley says it is more the feeling that if there is a lot of graffiti in an area, what other crimes are ignored?

“Law and order doesn’t feel right in the area.”

“[That] definitely doesn’t mean that [law and order] isn’t [doing it] right, but it gives you that uneasy feeling.”

When it comes to commissioned graffiti, he says Crime Stoppers Queensland and Brisbane City Council are fine with that.

“It’s an outlet for people who are that artistic to be able to do that [legally].”

There have been discussions surrounding legal graffiti walls in Brisbane. But unfortunately the availability of such walls are limited. 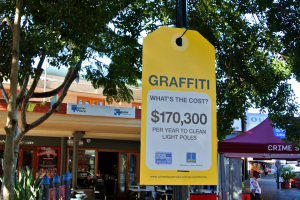 At the moment they are more focused on creating workshops where people come and legally put up their own graffiti at the workshop.

The benefit, he says, of providing such workshops and legal graffiti walls is that they are less likely to get tagged.

“Those places won’t get tagged […] even though [the graffiti artists] don’t have much respect for the law and [property], they do have respect for other artists, or who they believe are artists.”

For more info about this campaign you can visit their website: www.crimestoppersqld.com.au/costofcrime