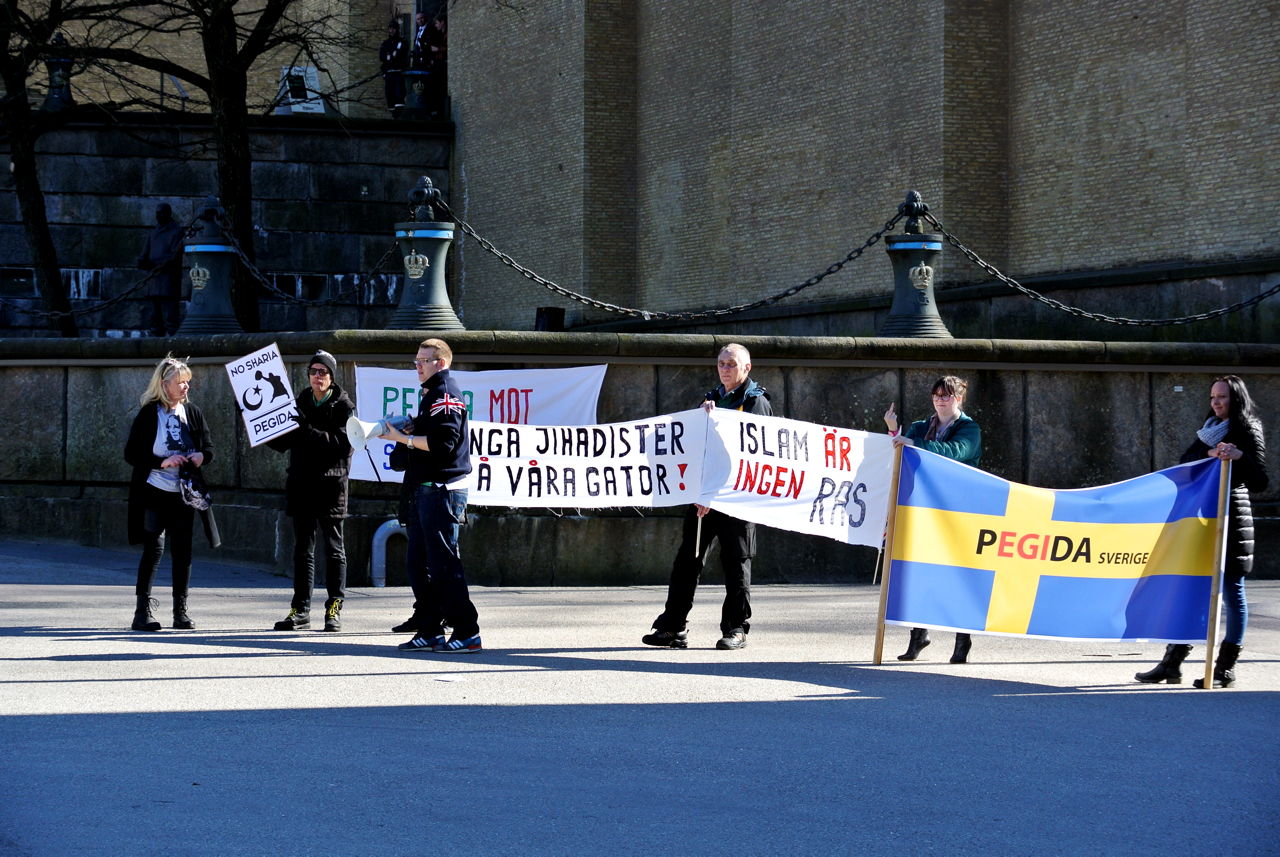 Anti-Islam group was outnumbered at their own rally in Gothenburg on Saturday.

Pegida Sweden had announced a rally at Götaplatsen in Gothenburg to speak out against the alleged Islamisation of Europe.

Gothenburg Police had fenced the area to avoid any altercation as the anti-racist group No Pegida Sweden had also announced to be there.

There were only seven members from Pegida, with additionally maybe 15 supporters. The number of counter-protesters was estimated to be around 1,000 or more, maybe even close to about 1,500.

Pegida members used a megaphone which made it easy for the counter-protesters to chant over them. The only message they got out to the crowd was communicated through their banners.

The rally and counter-protest ended peacefully with Pegida giving a bow and waving as they walked away while the counter-protesters were still showing them their fingers and victory-signs.

At the beginning of the rally one person was taken away by the police for unknown reasons.

Some of the Pediga supporters were driven away in a police van presumably for their own protection.

More photos from the rally can be found here.