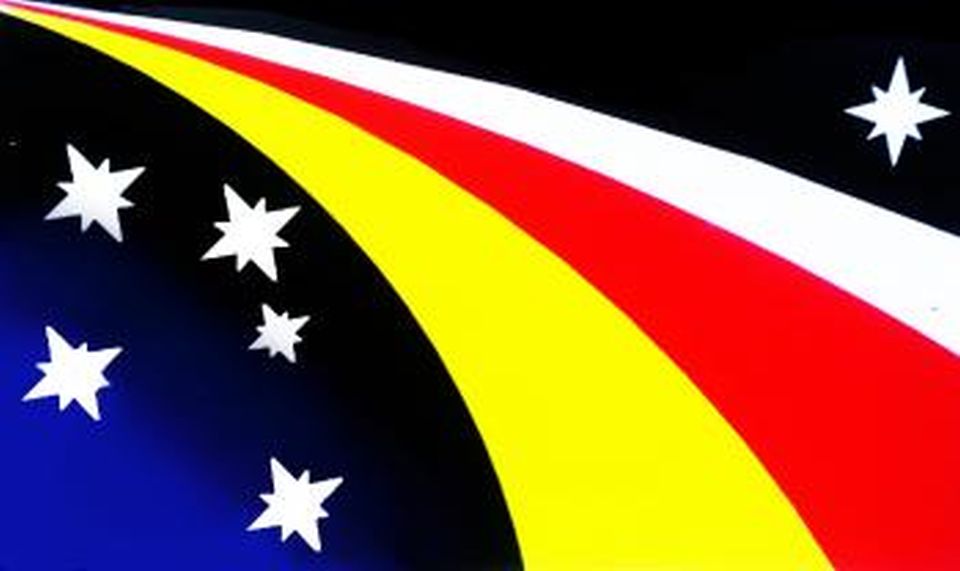 Darren Mc Leod’s Spirit of Belonging Flag raises the debate about an Australian republic to a new level, according to Peter Botsman.

Darren Mc Cleod’s Spirit of Belonging (SOB) flag lifts us to a higher place to begin our national conversation about an Australian republic. It is a gift to the future from the remarkable Mc Leod family of Wreck Bay. The SOB flag represents, once again, an extraordinary act of generosity from our Aboriginal brothers and sisters.  Darren’s flag lifts our eyes, our discourse and our thoughts. I particularly like Darren’s distinction between Indigenous Australians (those who have been born here) and Aboriginal Australians (those whose ancestors were here before the coming of the Europeans in 1788). The concept behind this takes some getting used to. It is a concept that calls up the day when all of us can feel happy and comfortable in our skins on these Australian lands. When we can all say that we belong here and any crimes or injustices have been atoned.  Sometimes I wonder whether such a day will ever come. There is so much more than needs to be done in recompense and in support of Australia’s first peoples, the Aboriginal nations of Australia. Indigenous and non-Indigenous Australians spiritual and material wealth is created from Aboriginal wa\a.  We must never forget this and it will take many, many decades and much philosophical debate and concerted action for us to truly pay the debt that is owed to all Aboriginal people.

Darren’s work is all the more remarkable given that context where it is all too easy to dwell on debts that need to be paid. It is as if Darren and his family knows that justice will ultimately prevail and that the world itself cannot wait any longer for the gift of Aboriginal spirituality. The flag is an act of creativity dedicated to Darren’s own people, to new comers and to all who live on this great Southern continent but it also speaks of the spirit of this continent which is something important for the world. Many things become apparent through Darren’s flag, things that many of us have longed for: a sense of place, a true and just reconciliation with all of the nation’s first peoples, glimpses of the deep spirituality of the land and even more than this – a vision of a better world emanating from the world’s most ancient continent.

Where might this flag lead us? There is so much to say in answer to this question. The most important thing is for the symbolism of the flag to be seen. As Darren says it is a work in progress and he is looking for dialogue, debate and suggestions.  For now it is just enough to see and understand the deep thinking and spirituality behind the flag. For in this alone things can change and that is what Darren wants most of all, to inspire us to belong and come together. This is a humble and thoughtful contribution to the nation’s vibrations and rumblings. How good it would be to see this flag flying on every mast of our country and for this flag to finally bring us together with a common philosophy and sense of well being.

Finally I have to mention Bobby Mc Leod’s haunting song “Rainbows and Tears” which is both an inspiration and accompaniment of the Spirit of Belonging flag. Bobby was one of the as yet un-discovered greats of Australian music. His life was big and his story is in some ways unbelievable.  You can feel Bobby and the late great Aunty Iris Mc Leod in Darren’s words. Click here for details https://www.workingpapers.com.au/files/papers/spirit_of_belonging.pdf