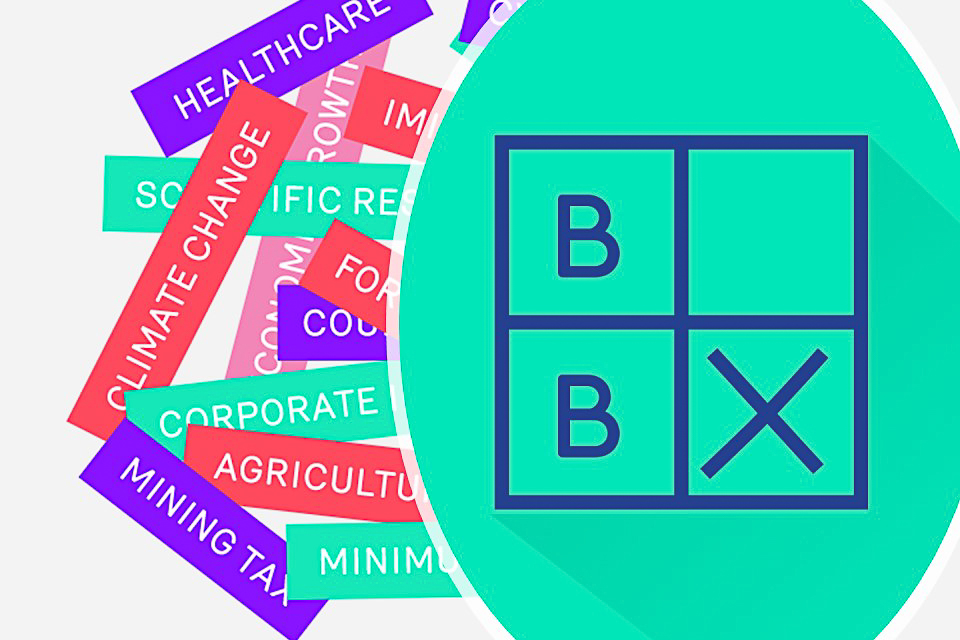 Nick Esse is a co-founder with Patrick Ellul of Ballot Box, a new app designed to allow voters to easily compare political candidates.

The team is in the early stages of developing the app and to get things going, they have decided to trial the app for the Queensland election in just one electorate: the seat of Maiwar.

The app provides a compilation of the policies announced by each candidate. So, for Maiwar, you get an overview of the electorate, a profile of each of the candidates, and a policy statement. The user can indicate whether they think the policy is clear and whether they agree with it. 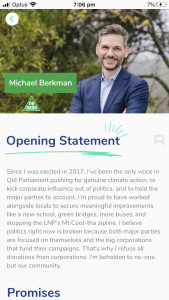 Ballot Box also provides an opportunity for users to comment on, or rate, specific issues. For example, for the Government’s COVID response, you can indicate whether you care, and by how much, and whether you think the Government has done a good job or not. 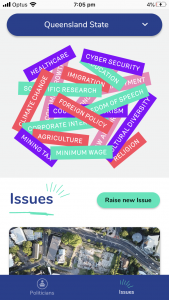 Nick and Patrick live in Sydney and have been working on the concept for the past 18 months.

“It’s completely independent. We don’t have any funding from anyone but ourselves. We’re not affiliated with any political party, or the Government or the Australian Electoral Commission.”

The project is being developed as part of the Incubate Start-Up program at Sydney University.

Nick is hoping that they will get some exposure here in Queensland, and then they would like to take the app to the next federal election.

“The idea is to create a place where voters can go and assess politicians from state, local and federal jurisdictions in one place, to see all the policies and better understand who they’re voting for.”

Nick says that the policies are uploaded to the app as provided: “We don’t editorialise.” 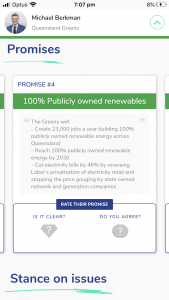 Following the election, the app will provide an archive of claims and promises made during the campaign.

“We will be able to provide that information publicly so that the candidates can be held accountable. So, if a politician decides to change their stance on something, we will update the app, and then we will have a record of that,” Nick said.

The app is also completely anonymous for the user. Users will be asked for some demographic information, but this cannot be traced back to the individual. And as a result, the team reckons people should feel free to submit their genuinely held opinions. However, Nick says, they don’t want the app to behave like social media, so the team will moderate comments and group questions to put to the politicians for a response.

Nor will people be able to comment multiple times as different users.

“The way we create the accounts is that it’s tied to a physical device. And it needs to be registered with the App Store for Android or iOS. Apple and Google are quite good at making sure that devices are legitimate and that they’re connected to a real account,” Nick said.

As to marketing, the team has been a bit hamstrung by COVID.

“Ideally, we’d be up there, and either be letter dropping or hanging posters or talking with people.’

“We’ll also be asking the politicians to talk about the app, and hopefully give us a shout out as well to try and get engagement.”

The app is live now in both the Google Play and Apple app stores. You can check out the website here – www.ballotbox.app

Let us know what you think. How did you find using the app? Did it help you better understand the policies and issues in Maiwar?

“We would love to hear what people think of the app, if it was helpful to have all the candidates in one place and anything you can think of to improve the experience,” Nick says.

You can comment here or submit your feedback via our website, social media or email at media@ballotbox.app 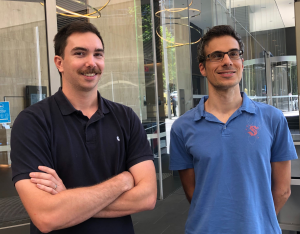