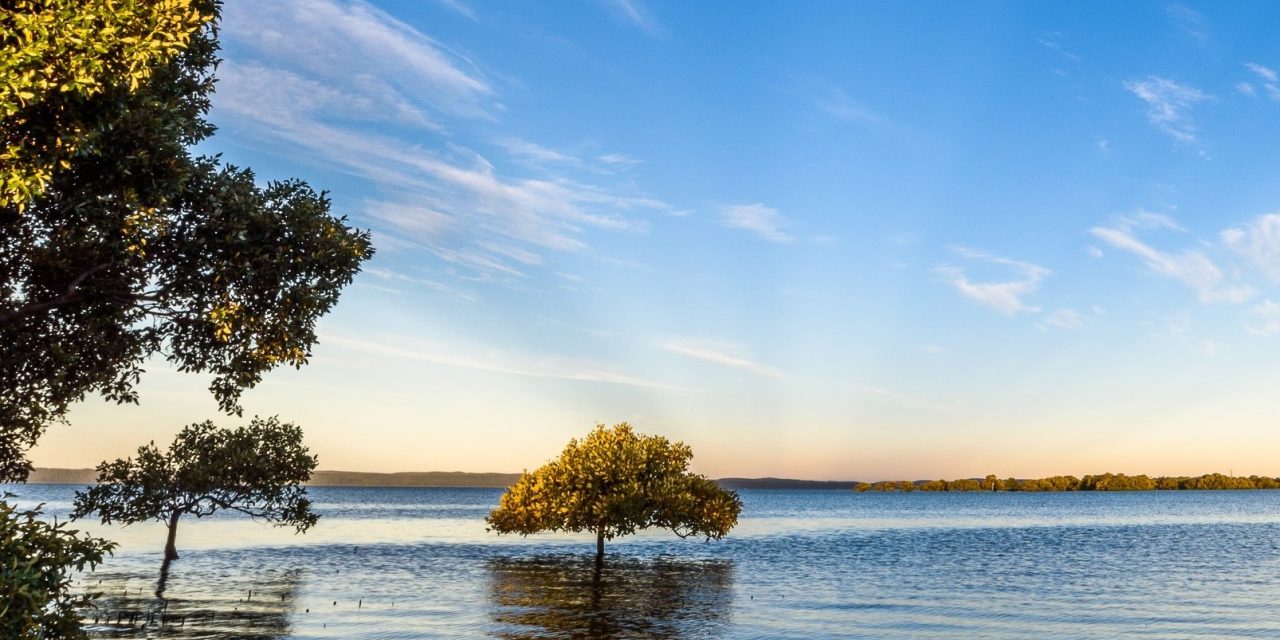 BirdLife Australia is our largest bird conservation organisation. It is an independent, science-based, not-for-profit organisation, which aims to create a positive future for Australia’s birds.

One of their recent campaigns has been to save the mudflats of Toondah Harbour in Queensland’s Moreton Bay. The harbour is part of an internationally significant wetlands which forms part of the Moreton Bay, an area covered by the Convention on Wetlands of International Importance (the Ramsar Convention).

“This shimmering expanse of substrate, teeming with life, supports a healthy population of Eastern Curlews, Critically Endangered shorebirds that fly in from Siberia every year. It’s one of those 134 birds on the list of threatened species.” BirdLife Australia says.

BirdLife Australia says that the Toondah’s mudflats which are so important for curlews, have been earmarked as the site of a 3,600-unit development and marina, and they are concerned that this will obliterate a large area of

“Toondah Harbour isn’t just any patch of mud — it’s part of an internationally recognised Ramsar wetland of international importance. That it is an important feeding site for the Critically Endangered Eastern Curlew, as well as other migratory shorebirds, is among the reasons for its Ramsar status. The population of Eastern Curlews has plummeted by around 80 per cent in the past 30 years, mainly because the wetlands they rely on to survive are, one by one, being lost to developments just like the one proposed for Toondah by the Walker Group. It’s been likened to ‘death by a thousand cuts.”

BirdLife Southern Queensland (BSQ) has campaigned in recent years to stop this development but they say their appeals have been rejected by different levels of government.

“The State Government has refused direct written requests to engage with BSQ or BirdLife Australia on the development,” Ms Hoyle said.

BirdLife Australia and BSQ took their appeal directly to the Premier last week.

“It is an immense failure of state and federal leadership to allow damaging commercial interests to be put ahead of our unique and precious endangered species,” said Judith Hoyle, a local resident and bird lover who is the Convenor of BirdLife Southern Queensland. “All levels of government are stonewalling.”

“Our leaders must know they cannot let this unpopular and destructive development go ahead,” she said.

“This development and the destruction of our wetlands will push our Eastern Curlews further towards extinction.”

“If we can’t get this protected, our nature laws are broken,” Ms Hoyle said.

“Australia’s nature laws are failing to protect our unique birds and landscapes. The health and quality of our water, air and land continue to decline. Our birds are running out of options and running out of time. And the very laws designed to protect our precious natural environment remain insufficient.”

Birds are the most visible and easily monitored faunal class in many ecosystems: healthy bird populations can be taken as evidence of a health ecosystem; Judith Hoyle told The Westender.

“BirdLife Australia has been monitoring bird populations for decades with millions of records in BirdLife Australia’s Atlas of Australian Birds. This data demonstrates that most bird populations, even common iconic species like the Laughing Kookaburra, are in decline and 139 bird species are now listed as threatened. Habitat clearance, lack of connectivity and human disturbance are the main reasons for these declines, and we anticipate declines will accelerate as the impact of climate change starts to take effect,” Ms Hoyle said.

“Responsibility lies with us as a community to demand our elected representatives implement better protection for nature,” BirdLife Australia says.

BirdLife Australia’s campaign was featured on the most recent episode of Four Corners: Extinction Nation

More at the links below: