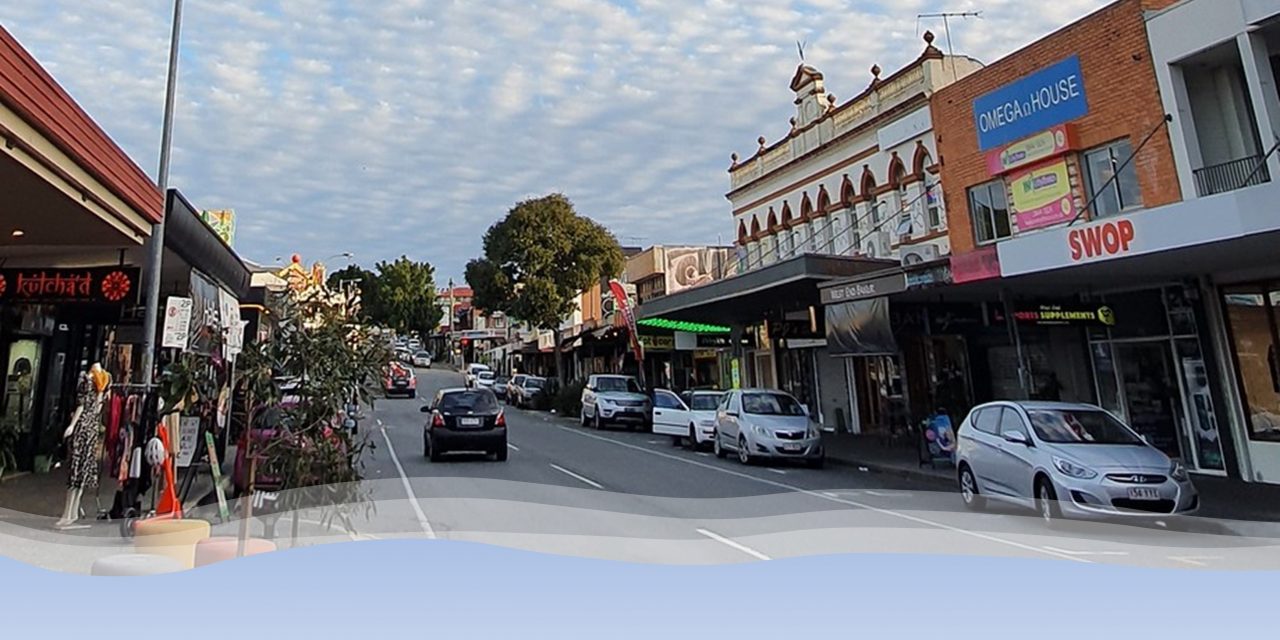 Three of the oldest businesses in West End say that while COVID has been tough and something of a roller coaster over the past 22 months, business is picking up. They each attribute their survival to having been around for a long time, loyal customers, and to being small, flexible, independent, and family run.

Small and family-run businesses have survived the COVID shutdowns.

Peter Marinelli, the proprietor of the Swiss Deli and chair of the West End Traders Association, notes that while businesses still have issues and some are very quiet, West End has survived well, with very few empty shops in the precinct.

“I do know some landlords have been helpful to some of the tenants by reducing their rents for the next six to twelve months, which is great news for certain businesses for quite a while.” 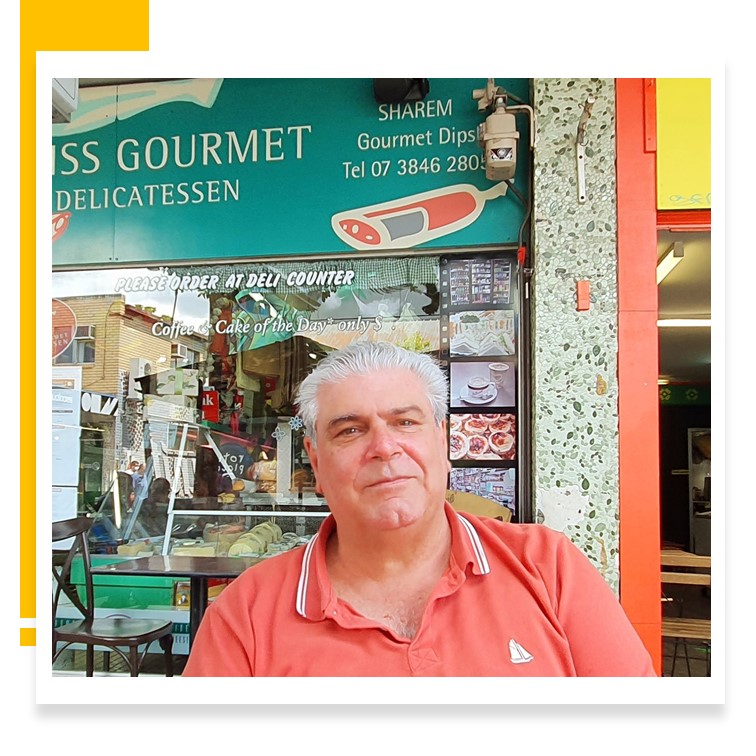 Wayne from Shay Shoes says COVID has been a tumultuous ride for his business.

“Being a family business, we can run very lean, and we can survive. As you know we’ve been here for over 100 years – we’ve survived wars and depressions and floods and pandemics. We’ve got that capability; I think large organisations struggle when they rely just on staff for managers. I think for us, being a family, we can pull the belt in and get through it all. It certainly takes its toll, but we can see the light at the end of the tunnel now. It has been improving in recent times, but there’s been certainly a few bumps along the way.” 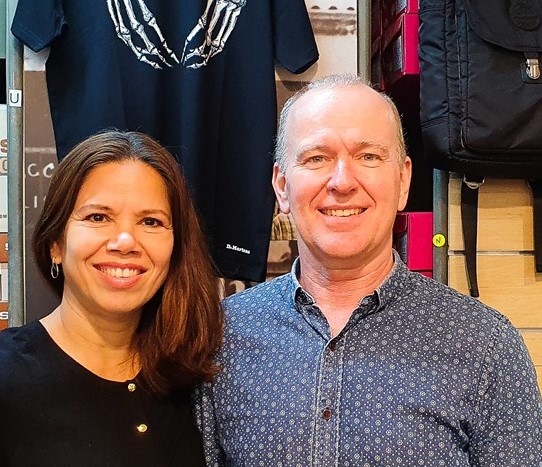 Renae Dardanis from Michael Innes Menswear said COVID had made the business a lot harder than it used to be.

“But we are seriously blessed with amazing customers who really support us through word of mouth and telling people about us. And we’re lucky that Queensland has been open as a state. It’s not like it used to be but we are still surviving.”

Business confidence is up.

Peter Marinelli welcomes some recent changes on the strip.

“The West End Bakery is changing hands. Hopefully it will reopen in about two weeks, and as another bakery café,” Peter said.

“The big news is that after five years, Charlie and Liz’s fruit shop is reopening right next door to where they were when they started in 1986.”

“I’ve been working with Tony Tabet (son of Charlie and Liz) over the last 12 months. He has been wanting to come back to West End, so I’ve been giving him a hand to work out where to go and what to do.”

“I was at the front of the shop yesterday helping Tony set up, and nearly every single person who went past said it is fantastic to see the fruit shop back.”

When asked if the businesses down the road at West Village have impacted his trade or made it risky for a new fruit and veg venture, Peter said he had not been affected. He said people thought the West End Market would impact local trade, but it didn’t, and now he says we have four supermarkets in West End, two in South Brisbane, the Stores, and Harris Markets.

“They do their homework; they know how many people are moving into the area. We need the services. But I’m not concerned; this will always be the heart of West End – Boundary and Vulture Streets. People do come, they go for a walk in the morning down Montague Road or Melbourne Street; that’s the whole idea. As a collective, we should all work together.”

“We are a traditional deli. Not many delis do what we do, we have pre-cuts, but we also cut to order. We know what our customers like; we know a lot of people by their first names as they come in, and we see a lot of new faces which is great.” 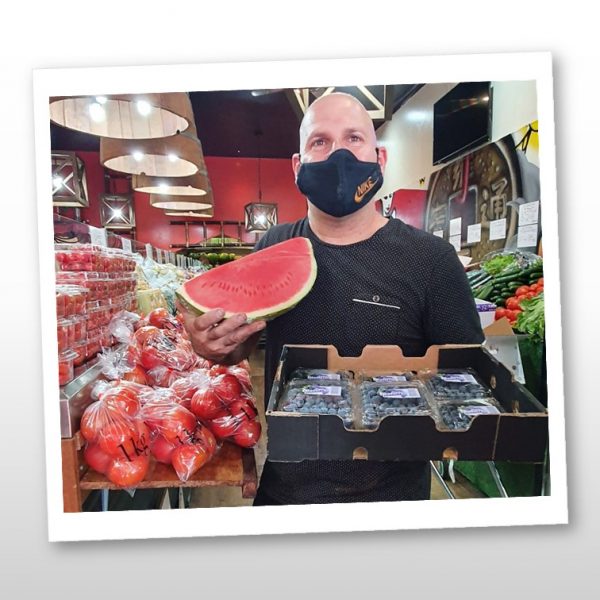 Tony Tabet in his new fruit and veg shop

Tony Tabet is glad to be in the heart of West End, where he was born and raised. He opened his new shop on Thursday last week.

“Everyone knows me around the West End local area and I’m in West End nearly every day. So, it is my hometown. I’ve always wanted to come back because I just love the people around here – you get along with the people and you’re welcome. Yeah, that’s why I came back.”

Like Peter, Tony is not fussed about the competition from down the road.

“No, not at all because people know our product and I know the quality we buy. And for me what we serve and how we serve is what makes people happy.”

“We’re back to serving them better than before, and to work together as one community,” Tony said.

A mix of retail businesses in Boundary Street is coming back, but more is needed.

Peter Marinelli said it is vital for any shopping centre to have a mix of retail.

“You can’t just have businesses open at nighttime because the daytime trade gets affected. We can’t just have a destination for people who want to come for breakfast, lunch or dinner; we need to have that flow of grocery shopping, so people can come to my deli and buy their fresh meats and cheeses or have lunch, but also buy their fruit and veggie across the road as well.”

Peter says the business mix attracts customers if they know they can get all of their shopping needs met in one area.

“We used to have a fantastic mix, many years ago. It had a real community village feel, but unfortunately it did evolve into more Cafes and licensed premises. I think we can turn that back a little bit if we get a better mix of fresh produce, clothing, footwear and other independent businesses.”

“We need independent businesses that are more creative and more in tune with the local community.”

Between them, the Swiss Deli, Shay’s Shoes and Michael Innis Menswear have accrued about 200 trading years in West End.