Brisbane artists to put skills on display this July 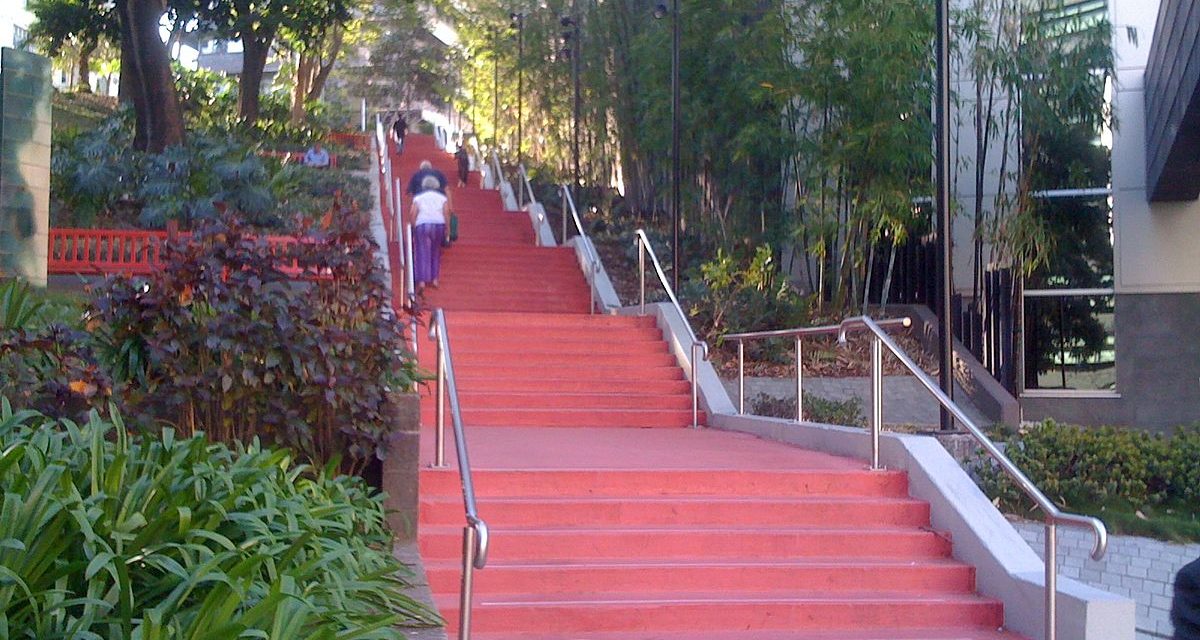 Queensland performance collective The Good Room, will transform some of Brisbane’s most recognised public spaces next week, allowing the public to get up close and personal with world-class contemporary artworks by local artists.

The Good Room – the creative ensemble behind the 2014 sell-out production I Want To Know What Love Is and the 2015 Wonderland Festival, in conjunction with Brisbane City Council will activate Brisbane’s Jacob’s Ladder and the Metro Arts Laneway with a series of visual and audio installations that highlight the imagination of artists from around Brisbane.

Running from Wednesday 19 to Saturday 22 July 2017, Brave New Worlds will see renowned artists like Courtney Coombs, Naomi Blacklock and Sam Cranstoun raise a series of flags which visually imagine the qualities they deem to be relevant in a brave new world for on-looking pedestrians.

A stretch of 40 silk flags designed by 20 of Brisbane’s best visual artists will link together Brisbane CBD’s Edward Street and Spring Hill, as they fly above the bright staircase of Jacob’s Ladder.

Following Brave New Worlds, another pop-up event showcasing more than 20 of Brisbane’s most admirable authors and poets will appear off Edward Street, in the Metro Arts Laneway.

Opening on 28 July 2017, This Frozen Moment will allow spectators to take a step back and bask in the voices of some of Brisbane’s most renowned creatives, as short stories, monologues, and micro-fictions audibly cascade from suspended origami sculptures.

Writers and poets who have participated in this unique installation include local playwright Aleea Monsour, and authors Victoria Carless and Regan Lynch.

Multidsiciplinary artist and collaborator of The Good Room Kieran Swann, said the projects would showcase the emerging talent of Brisbane artists and authors.

“These projects are about bringing Brisbane to life with unexpected encounters – moments of impossible things, the excitement of the new, and glimpses into alternate lives,” Mr Swann said.

“Art has an amazing power to activate the imagination, and I’m excited by what this huge team of amazing Brisbane artists will be able to do, unleashed on our streets.”

Brave New Worlds and This Frozen Moment are supported by Brisbane City Council and Metro Arts.