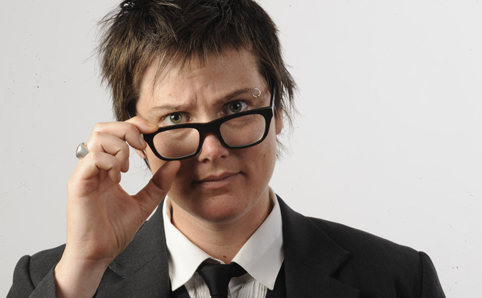 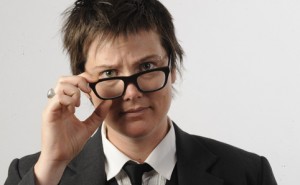 Hannah Gadsby stars in the Brisbane Comedy Festival next month

Today is the first day of the Brisbane Comedy Festival . Thats right! There’s nothing between you and a month of shameless, snorty laughter.

Work yourself into giggle-frenzy with brand-spanking new shows from Wil Anderson, Stephen K Amos, and Hannah Gadsby. Go off like a prawn in a hot sock with Sam Simmons, poke fun at Campbell Newman doppelgänger Tom Gleeson, and hear how Nick Cody survived a ferocious bear attack. The gags continue with funsters Rhys Nicholson, Glenn Wool, Alex Williamson and more.

The Festival opens today with Frank Woodsley’s Fools Gold, Jack Druce in Adventure Peach and Dave O’Neil with Back in My Day. At least another three shows round out the opening offerings.

Hannah Gadsby’s The Exhibitionsist will run from 11th March until 16th. In 2013, Hannah performed comedy art lectures in London, New York and Far North Queensland. She also discovered she had convict ancestry.

The Gruen Transfer’s Wil Anderson is back with a brand-new show running from 18th March until the 23rd.

The Sun Herald  described him as “a masterclass in comedy… he may be one of our biggest comedy exports, with a national profile on radio and television, but flying solo on stage is where Anderson truly shines… the man is on fire.”

With a line-up of over 50 comedians in the building and at the bar, we say… go forth and photo-bomb! #BrisComedyFest