Bullhorn resonates right with me 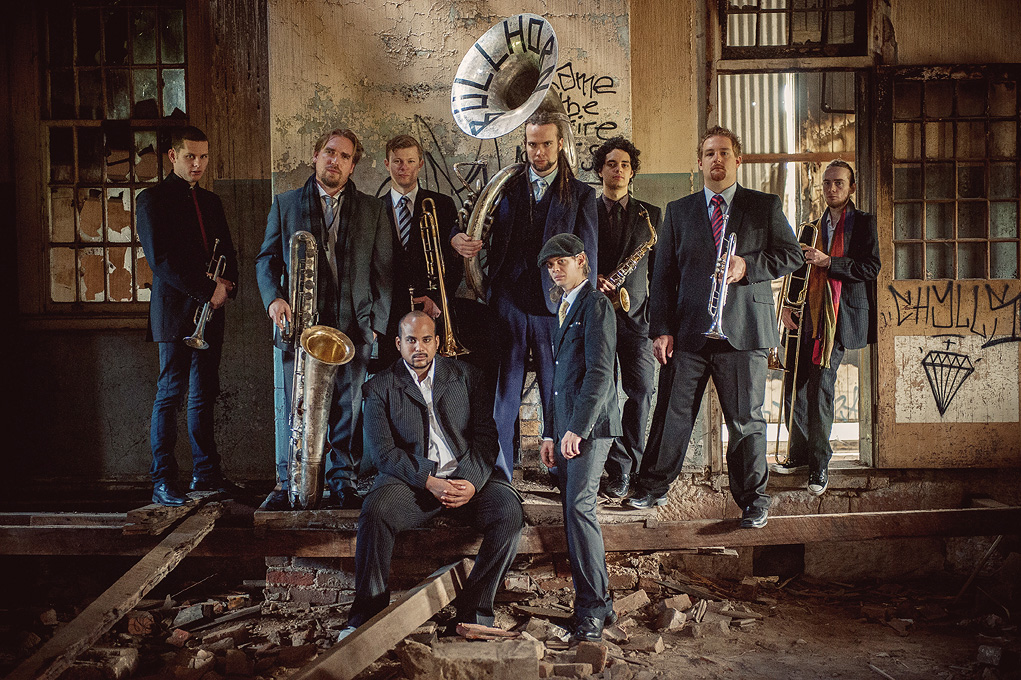 You gotta admire a band that eschews the traditional drums/bass/guitar lineup and instead pumps for a more eclectic drums/brass/woodwind sound. Then again, I cut my musical teeth on bands like The Temperance Seven, Chicago and Blood Sweat and Tears so it didn’t take a lot of convincing for me to fall for Bullhorn.

The opening bars of the first single from their new LP “Players/Sounds” had me hooked. “Resonate Right” is an upbeat, good-time soul song with an irresistible hook that’s all about finding happiness within yourself, with support from Roman MC and Brisbane’s musical gadabout-genius, Laneous. Have a look at the clip on youtube: http://www.youtube.com/watch?v=Izmm4h_CwUg

If it doesn’t bring a smile to your face, there’s something wrong with you.

Their trademark West End reggae-hip hop signature style shines through on the new LP, with a diverse mix of musical genres ranging from hip hop, funk, soul, reggae, jazz and drum and bass.

Bullhorn formed in Brisbane in 2011, and have gained a reputation for good times and happy vibes wherever they’ve performed. They’ve been described as an acoustic force of nature with a lineup including seven horn players, one drummer and one monster MC.

Bullhorn perform at West End’s Motor Room on Friday 17th October, with support from Mr Speaker and the People Party.

Check them out – they’ll have you up and dancing within a few minutes.