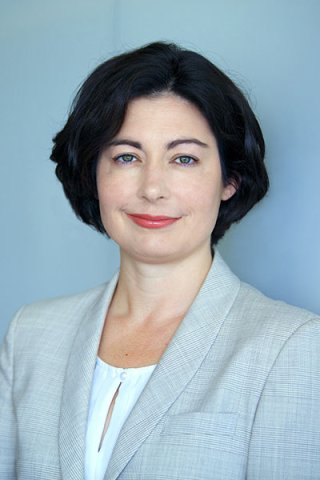 When he announced his retirement at the end of the first sitting week of Parliament, Kevin Rudd surprised not only his own colleagues, he also shocked his old foe Dr Bill Glasson.

Glasson had only recently returned to work, and after some hesitation (he admits to exhaustion following the September election), he’s decided to step forward again for the LNP.

Terri Butler is the ALP people’s candidate for Griffith

Dr Glasson is well known and well liked in the electorate and a speedily organised by-election would have suited him. However, by waiting until November 23 to formally submit his resignation, Mr Rudd bought some time for the Labor party and avoided a pre-Christmas poll.

The focus now is on who will replace Rudd as the Labor Party’s candidate for Griffith.

Two candidates, Terri Butler, an industrial lawyer on the Labor Left, and Jeremy de Lore, purportedly new to the Labor Party and supported by the right faction, will fight it out for that opportunity at a plebiscite (70 percent branch members; 30 percent party executive ‘Electoral College’), to be held on December 14.

For now, Jeremy de Lore is keeping a low profile. He has been reported as saying he won’t be spruiking his polices until after December 14.

Not so Terri Butler. She is active on Twitter, has her own ‘Terri Butler for Griffith’ blog, and has recently been interviewed on radio and in local media. She spoke with No Fibs this week.

She said she is talking to media now because she does not want Dr Glasson to get all the running on the issues.

Griffith, she said, is a diverse electorate and the issues vary across the suburbs, but key concerns include airport noise, childcare, and workforce participation, and not just for the young. “I am passionate about addressing age discrimination … it takes away people’s power,” she said.

The Newman Government’s block on Commonwealth funding for the cross river rail has angered parts of the electorate, Ms Butler said, which may be a factor in this by-election, particularly given what she terms the “disrespect” and “arrogance” Newman has shown voters by sacking the Crime and Misconduct Committee. This she said, “has given rise to great community outrage”.

Some have touted this by-election as an early litmus test for the Abbott Government and its ‘axe the carbon tax’ policies, so I asked Ms Butler what she made of Dr Glasson’s recent comment, reported in the Fairfax media, that: “If we try to sell it (the election) on a political basis, or a leadership basis, we won’t get up”.

Ms Butler responded that Dr Glasson “probably has some sense that Mr Abbott’s government is not travelling well. Voters must be horrified that the Government has so soon got into such a sensitive position with Indonesia”.

She added that the recent issues of the separation of an asylum seeker from her new baby has not played out well for the Government.

“After the results in this week’s Nielsen poll I can understand why Dr Glasson would want to distance himself from Mr Abbott,” she said, “the problem for him is that he is Mr Abbott’s candidate.”

It is still not known whether the Palmer United Party will run a candidate in the election. PUP was not a factor in Griffith in September and Ms Butler said that people are now waiting to see what that party will do, and commented: “We know about the public persona, but we don’t know enough about what they stand for”.

She acknowledged that Bill Glasson is a nice bloke, and is generally liked in the electorate, but said: “Being in parliament is not about being nice, it is not about who Tony Abbott would have a glass of wine with to sort things out privately, which is what Dr Glasson said on the ABC the other day, it is about representing the views of your constituency”.

“I think Dr Glasson will be hamstrung because he has to toe the party line. Voters can be confident that I won’t be a mouthpiece for Tony Abbott, but they can’t be confident about that when it comes to Dr Glasson.”

Ms Butler acknowledged that, “no-one really likes by-elections”, but noted that others have resigned in similar circumstances to Mr Rudd.

“Peter Costello and Alexander Downer did it, and Rob Borbidge after he lost the State election. I understand why a former leader might think it’s the honourable thing to do, to leave the party and make room for renewal, and I think people will understand that.”

Asked about the legacy of her possible predecessor, she said Mr Rudd will always be remembered for connecting with the community. “He donated over 900 bikes to the community”, and on a national level she said: “His apology to the stolen generation was a watershed moment in Australia’s history, and his government steered us through the Global Financial Crisis”.

Butler sees herself as a reformer within the Labor party, but it remains to be seen whether the party and its members are ready to embrace her as their candidate for Griffith.

And if so, whether she can replace Kevin Rudd in the affections of Griffith voters.