We can do more to Close the Gap – Rudd, Trad 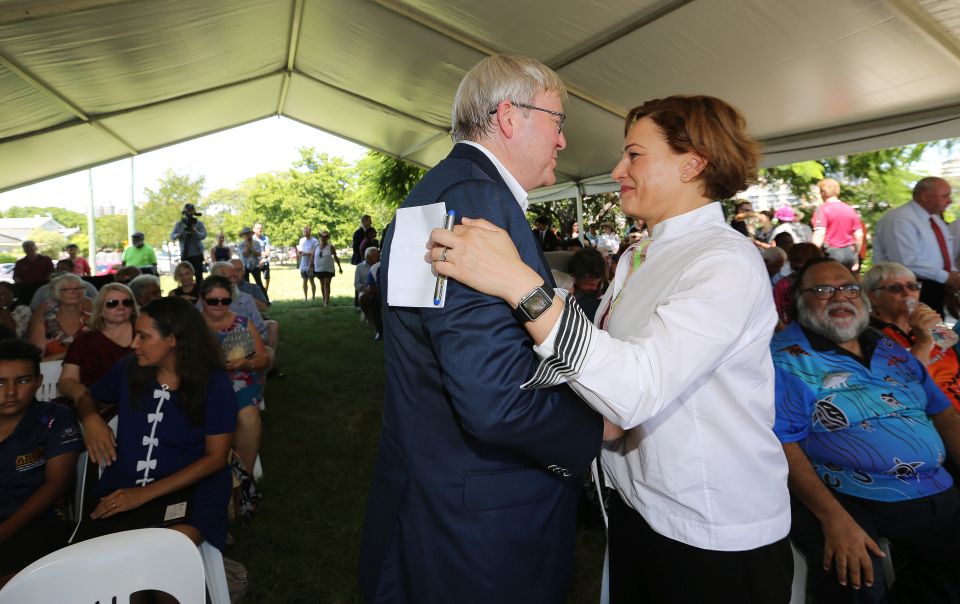 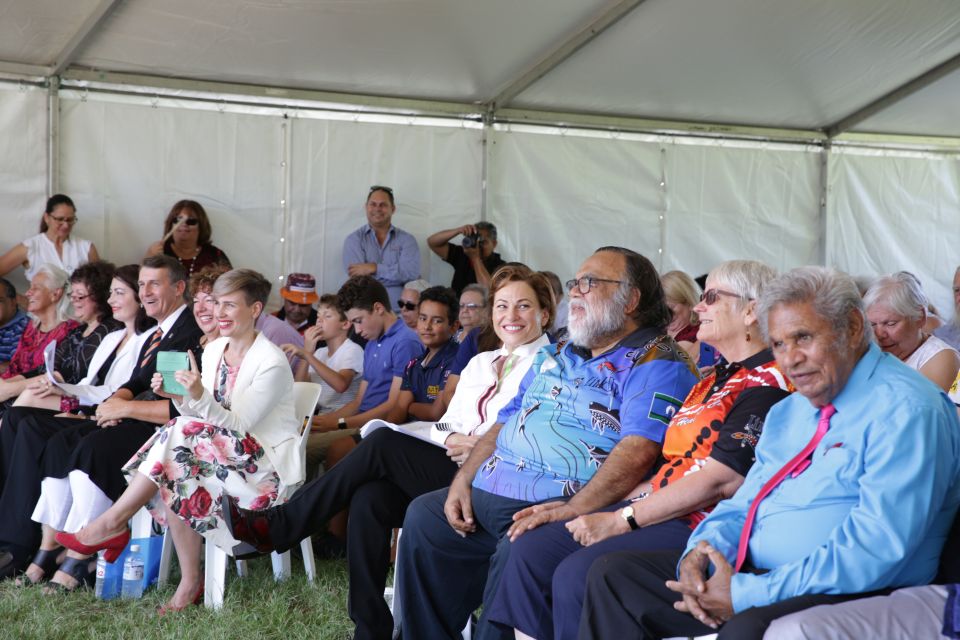 Community leaders, indigenous elders and supports gather to pledge their commitment to Closing the Gap

The event – ahead of the 10th Anniversary of the National Apology to Australia’s Indigenous Peoples – was held to commemorate the milestone, but also to put pressure on the Turnbull Government to do more to Close the Gap.

Deputy Premier, Minister for Aboriginal and Torres Strait Islander Partnerships and Member for South Brisbane Jackie Trad said the event not only commemorates the nation-stopping 2008 Apology, but calls attention to the Turnbull Government’s paralysis in the Closing the Gap space.

“The Apology remains a significant step in the healing process for thousands of Australia’s First Nations peoples who live with intergenerational trauma from loss of family, culture and identity under past government policies,” Ms Trad said.

“Today’s event at Cranbrook Place in Orleigh Park is of particular significance given that between 1900 and 1906 this was a home for Aboriginal girls and young women who were removed from their communities and sent to Brisbane to be domestic servants.

“By having respectful conversations and sharing stories like these, we can better understand and learn our shared past to work together towards reconciliation, but there is much more to be done.

“Malcolm Turnbull is due to hand down the Federal Government’s ‘Closing the Gap’ Report tomorrow and it is past time for Mr Turnbull to take action on this.

“Under this Federal Government that there has been an incredibly disappointing lack of progress towards closing the gap.

“That’s down to lack of funding and lack of attention on the issue. Just this week we’ve seen the Turnbull Government fail to commit to the renewal of the Remote Housing Strategy.

“We need to work together and I’m calling on the Turnbull Government to do more to close the gap.”

Federal Shadow Assistant Minister for the Prevention of Family Violence, Equality and Universities, Terri Butler MP said the Apology was an important moment in our Nation’s history.

“The Apology was a necessary and overdue acknowledgement by the Australian people, through the Parliament, of the harm that was done to First Nations Peoples,

“It was a proud moment for the Parliament and the Labor Party – but the Apology was not the end, it was the beginning.

“The Gap is wide, and it is long term – it exceeds political cycles and bipartisanship is critical.

“Labor is always open to working in a bipartisan way – but the Government has excluded Labor from the refresh process.

“And not only did the Government not engage with Labor – they did not adequately engage with First Nations People.” Ms Butler said.

“It is deeply important that Governments stay the course with the Closing the Gap objectives. We must also renew our long-term sustained funding commitment to them,” Mr Rudd said.

“The reality is that the Closing the Gap targets were meant to be hard. But backing away from those targets now is simply hauling up the white flag.

“Link-Up (Qld) is the peak advocate for the Stolen Generations and on a day-to-day basis we work with survivors to assist them to reconnect with family, with community, culture and country. That’s who we are and what we do, we are here to serve our community,” Ms Conlon said.

“Thousands of Aboriginal people, members of the Stolen Generations, were deeply moved by the Apology and regarded that Apology as a defining moment in their long journey towards healing.”