Change is happening for West End: how can we protect its ‘essence’ and ‘character’? 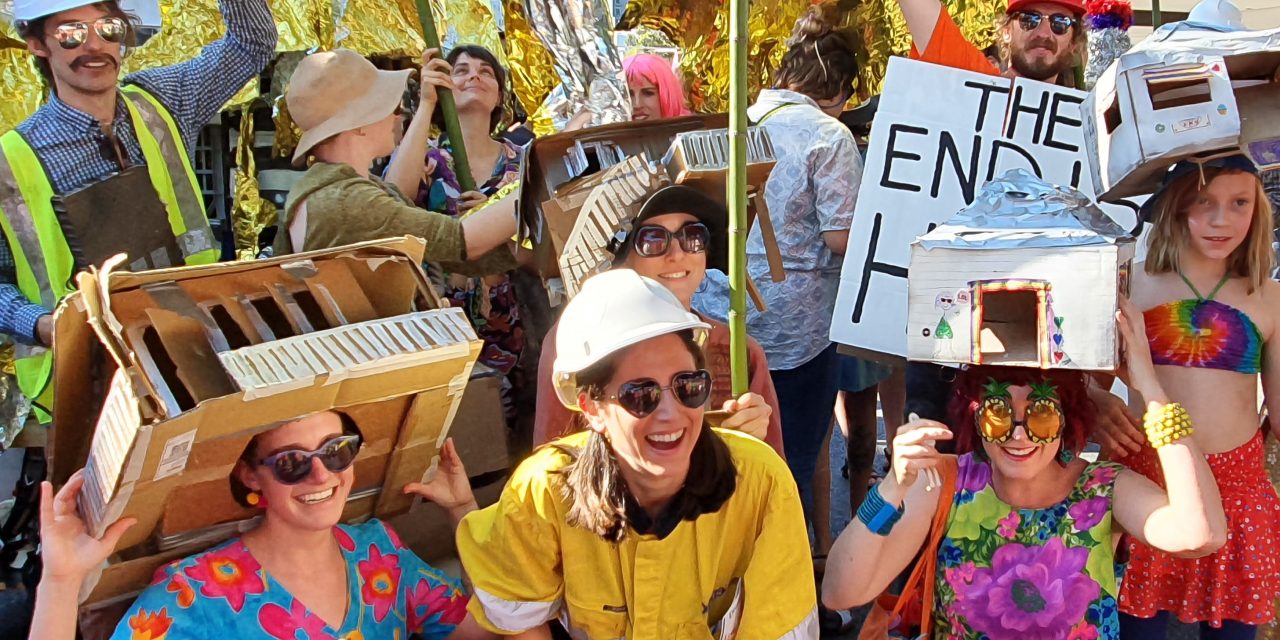 An expert’s advice on how to protect the ‘essence’ and ‘character’ of West End for increased wealth and a thriving community.

Darwin said the survival of a species is based on its ability to adapt to change, not necessarily being the fittest.

To that you can add, there are only two things in life that are certain. Paying taxes and that there is no certainty in life.

One thing is certain however, change is happening for West End. It’s predicted 40,000-50,000 people are expected to move into West End over the next 5 years.

Nothing is going to stop this.

West End must adapt to survive if it’s to retain some semblance of its uniqueness of spirit. To resist the change, will result in a slow decline to extinction from what the West End community knows itself to be today. Fiddling around the edges saying, ‘let’s have cleaner streets, better public toilets, better security, better parking etc’ are all very important, but these in themselves do not fundamentally address the changes West End has to make if it is to survive and thrive.

To not survive would be a lost opportunity.  This just can’t happen.  It can’t become yet another anonymous, ubiquitous suburb lacking local character. West End is too special on so many fronts.

And yes, there are real challenges which many may seem difficult to overcome, such as:

The list is probably extensive.  With such challenges, why bother?  Why not just throw the towel in and roll over?

But there’s something about West End that makes it worth fighting for; not just for the West End community, but for the wider community of Brisbane and visitors.  Its uniqueness lies in its: –

For someone visiting Brisbane, Boundary Street in particular, retains some of the characteristics of ‘old’ Brisbane. There are many places around the world that visitors stream to, to immerse themselves in the city’s character environments. Places like New Orléans’ French Quarter, Barcelona’s Las Ramblas, Hong Kong Markets and dare I say it, Paddington in Sydney, are just a few examples!

These places aren’t Disneyesque – they’re real and authentic built over years. Go to The Grove in Los Angeles, if you want a Disneyesque shopping experience.

The fundamental solution is to start with full collaboration by all interested parties. This can include, but not exclusively:

If collaboration is not achieved, everything else going forward is just academic.

If collaboration is to be achieved, then everyone must benefit.

Why would the existing building owners/landlords and their families, who no longer live in West End be interested? It seems, on the surface, that there’s no point investing in their buildings if they can’t increase their rents. And why would the Brisbane Council or State Government invest in West End? What’s the upside except to win some votes?

The answer lies in the big picture.  And herein lie the compromises that all parties must agree to when it comes to collaborating.  For collaboration to be successful everyone must win even if it means everyone has to compromise to some extent.  It’s the way of the world.  There can’t be a ‘we win, you lose’ mentality.  There’s no enduring positive solution when this happens.

For argument’s sake, let’s say visitor length of stay in Brisbane is a challenge. For Auckland in New Zealand, this was a similar challenge. Auckland is the gateway to the rest of New Zealand, similarly Brisbane is a gateway to the rest of Queensland. Over the years, Auckland introduced more things and promoted more things that can be done in Auckland before visitors departed for the rest of New Zealand. They encouraged visitors to stay at first one night, then two nights, to spending a week in the Auckland region. This is the same for Brisbane; the zip line in Mount Coot-tha, for example, was originally conceived (in part) for the specific purpose of providing another reason for staying an additional night in Brisbane.  The Queens Wharf development is another example. Ironically, most of the things being conceived can be experienced pretty much anywhere in the world, they’re not unique to Brisbane per se.

This is where West End comes in. Here within easy walking distance from South Bank is a slice of Brisbane and Queensland history virtually unchanged. How many visitors to Brisbane wouldn’t be interested in exploring West End with its rich history, its rich diversity of cultures, rich and poor living and working together ‘cheek by jowl’? West End is the living embodiment of an authentic community.

What’s in it for everyone…?

Its indigenous spirit, its eclectic character has remained effectively the same for decades if not for thousands of years! This spirit, this essence is about community, family, a place where people gather and care for each other.

West End has the potential to provide another reason to stay another night in Brisbane.

For Brisbane Council and the State Government, this might be a benefit that is sufficiently strong enough for them to step in and introduce various inducements to the building owners/landlords to invest in their buildings and maintain or reduce their rents. Brisbane Council and the State Government may also support the ‘protection’ and revitalisation of West End providing funds for the public spaces.

For the privately-owned buildings and landlords, these inducements may, from a pragmatic perspective, be enough for them to re-invest, but there’s no real guarantee. What is more likely is appealing to their values, their beliefs etc. Could it be for them about protecting their family’s future with a steady income stream? Could it be about creating greater wealth for their children?  What’s important to them?

For any of the corporate building owners/landlords, the benefit lies in making easier residential sales, attracting better quality retail tenants with ‘lower sweetheart’ deals and having a timeless development that doesn’t get caught up in the fickleness of market short term trends.

There’s another value to consider that is also very powerful. This is the sense of pride – pride in what has been achieved, pride in being part of a special community, pride in contributing to others. Nothing gives greater pride to an individual or a community than feeling they’re making a difference, however big or small.

Making a difference can be done in so many ways. Boundary Street, West End could make a fundamental difference to the lives of the people who live at West End, to people who live near and far who come to visit and for Brisbane as a whole. To achieve this would be something really special for everyone involved, particularly the key stakeholders I’ve mentioned already. A sense of pride that could be carried through from generation to generation.

This doesn’t happen easily. To truly make a difference, there has to be a bold inspiring vision as I stated in my talk Thriving precincts, thriving retailers. No dipping your toes in the water here – you must be bold and fully commit.

A bold inspiring vision can start with questions such as:

This must come from all of you collectively and collaboratively. Not from me, not from anyone else.

You may want to consider ideas that are related to the history of Boundary Street in its very name. Could West End be known for breaking boundaries, breaking stereotypical thinking – a place that new thinking, provocative thinking occurs.

Another idea could be – that West End be known for ‘collaboration’ as a work ethic, a lifestyle ethic?

A third idea could stem from the fact West End is a potpourri of cultures. Could the overarching essence be ‘fusion’? The melting pot of ideas.

How would all these ideas (and I’m sure there are many more) be expressed physically throughout the public spaces perpetually as well as through all of the business offerings in a bold, inspiring way? What events could be put on each year as a ritual that people come to in numbers? There’s already the Kurilpa Derby which attracts people. What else can be done that fits under your chosen overarching theme?

Certainly, the UQ students will be developing ideas for all of you to discuss. This will help your collaborative thinking too.

The opportunities for West End are indeed ‘boundaryless’. You just need the courage to be bold and have the conviction to work collaboratively ongoingly.

The dangers of NOT collaborating…

There are indeed challenges to be addressed and they need to be addressed on the front foot.  Be proactive rather than reactive in resolving these issues. Some individuals may think they’ll benefit more by looking after their own interests first, but the reality is they may experience some short-term smaller gain, but they’ll miss out on the enduring greater benefits. What needs to happen is create an inspiring vision that everyone can see the benefits for themselves as individuals and collectively.

As I stated at the beginning, Darwin said the survival of any species is based on their ability to adapt to change.

West End must have a bold collaborative vision and take collective action sooner than later to make it happen if West End is to adapt to survive and thrive.

Michael Major has 30 years of international awarding winning experience creating environments that thrive. He was the keynote speaker at the Boundary Street Ideas Forum facilitated by University of Queensland planning students at AHEPA Hall in August 2019. For more see: http://www.majorandassociates.com