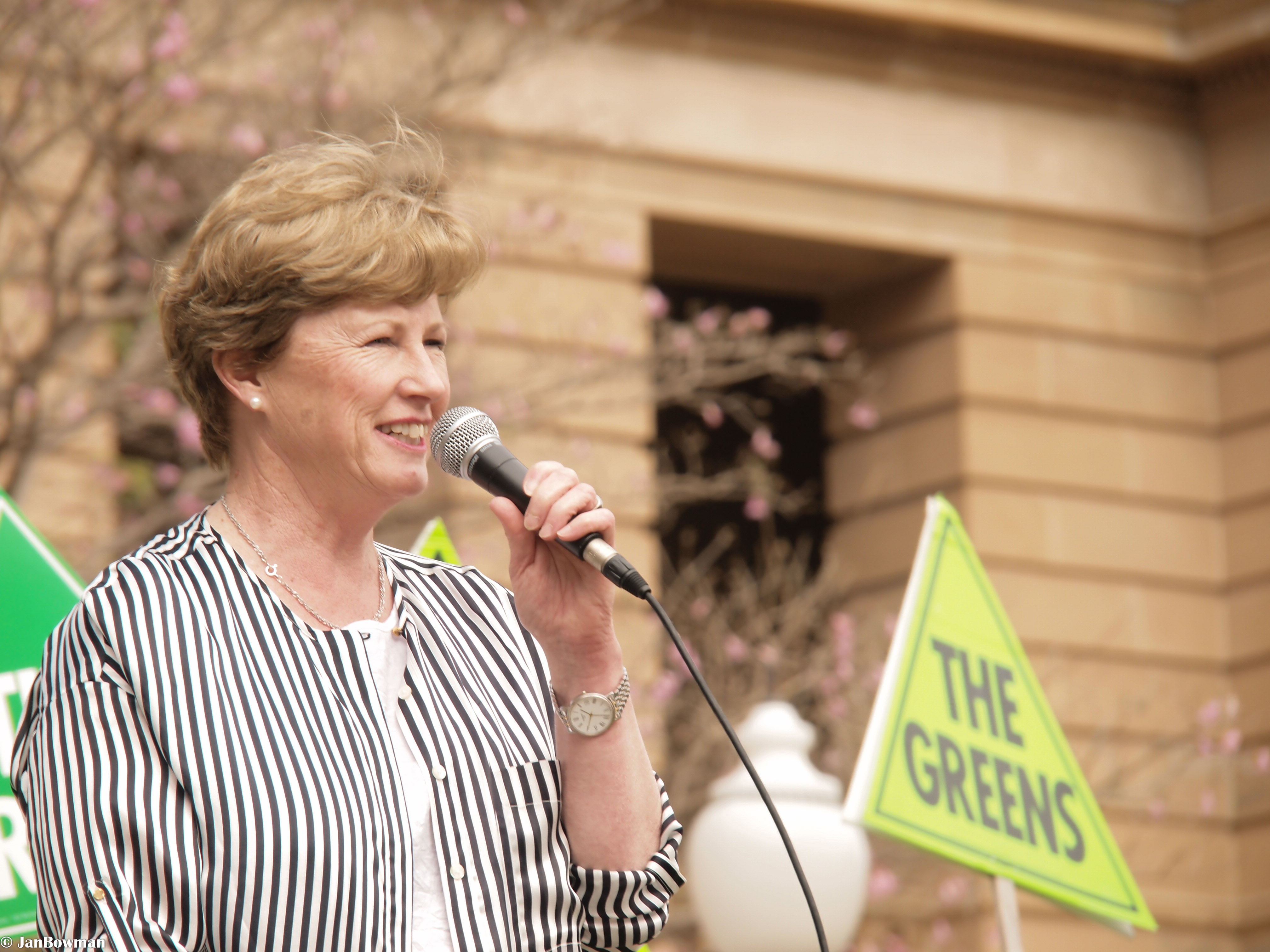 Republished with the permission of citizen journalism site No Fibs

After firing up a rally for marriage equality in Brisbane’s Queens Park on Saturday, Greens leader Christine Milne rallied the faithful at the campaign launch for Griffith candidate Geoff Ebbs at the Fox Hotel on Saturday night. 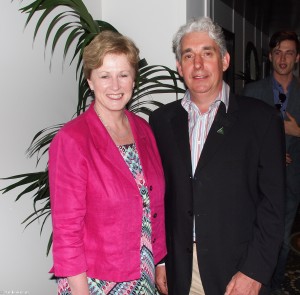 This was the first time I have attended a campaign launch, and it was a more intimate and candid affair than I had anticipated. There was no mainstream media present and the speeches, most unscripted, seemed to be heart-felt and genuine.

The aim was to portray the Greens’ as an inclusive party in touch with the aspirations of most Australians, not the fringe group it is portrayed to be, and in the light of recent deals on preferences and Labor’s poor showing in the polls, to stress the need for the Greens to retain the Senate balance of power.

Senate hopeful Adam Stone kicked things off by ridiculing at the ‘old parties’ and the media for labeling the Greens a fringe group. If you support Ebbs, he said, “you will be throwing your lot in with a small business owner who publishes on such obscure, irrelevant topics as people’s rights at work, a man with the audacity to publicly stick it to the Prime Minister in front of the national media on the economic uncertainty he has created …for his back-flipping on significant economic reforms like carbon pricing”.

Greens Senator Larissa Waters said she was “scared to the core” by the prospect of an Abbott government, “but what scares me even more is that we may have an Abbott controlled Senate (and) that’s why we need Adam in the Senate, because the alternative is unimaginable. We know what happened when John Howard had control of the Senate – we got Work Choices.”

Ebbs said the press and politicians referred to the Greens constituency as ‘fringe groups’ to marginalise them.

“The aim of that process is to create this idea that there is some kind of normality, and that people who are normal should be afraid of all of those people who are in fringe groups.’” Although these tactics were obvious, “they work”. People who hate the Greens and hate refugees and hate gay people “hate them because they are afraid, and they’re afraid because they are not secure”.

The Greens challenge, he said, “is not just to celebrate diversify, but to get out there and help calm those people who are afraid’”.

“The Greens want to stand apart from the parties of exclusiveness who want to keep having a dialogue about normality, about the Australian way, about the kind of myth-making that excludes people. What unites us is our inclusivity.”

Milne said that if Abbott won Senate control “he would repeal the clean energy package and he would pull apart the renewable energy target, because his whole driving force is to retain the business case of the old coal fired generators for as long as possible”

“The Greens are not just thinking

about the forward estimates…we are thinking about what it is going to be like to live on this planet in the next 50 years.”

“I am confident that we will achieve marriage equality, but it will only happen if the Greens are there strongly in the Senate and if Adam Bandt is returned to the Reps.” 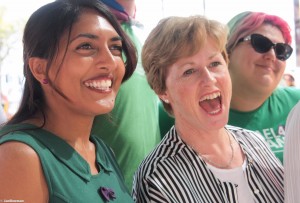 Milne said Tony Abbott needed only three Senate seats – in WA, SA and NSW – to gain effective control of the Senate. She appeared to be incredulous at Nick Xenophon’s decision to preference both Liberal and Labor before Greens Senator, Sarah Hansen Young.  ‘

“How is that possible when he is a person who says his key issue is gambling, and the Greens are only political party that has stood up with him time and time again on gambling?”

“Because he knows that if Abbott can pick up these three seats he and Abbott will have effective control of the Senate and The Greens and Labor will be side-lined. He will be the king-maker in that context. And that is why he is doing it.”

“I can’t imagine what Australia will look like if you gave effective control of both houses to Tony Abbott in conjunction with Nick Xenophon and John Madigan, the DLP Senator from Victoria’,” she said, who would be “trading women’s reproductive rights”.

“This election really, really matters. The Greens will make the difference.”