Community notice board clean up reveals 30 years of community history 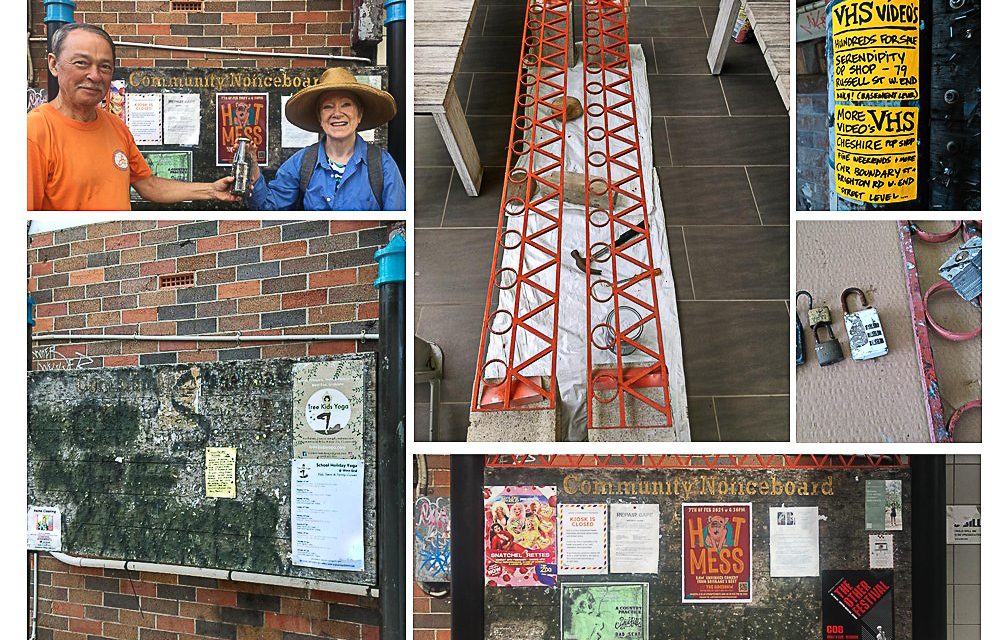 Before the advent of the smartphone and Facebook, we relied on community notice boards to get out our messages and place our ads. In West End noticeboards have remained an important communication tool.

In 1992 as part of the Boundary Streetscape project, Landscape Architect John Mongard worked with local artists and residents to workshop and envisage a series of street furniture, including the lizard at Boundary and Russell Streets and surrounding balustrades. They also designed the large planters you can see along Boundary and Vultures streets and the Community Notice Board in front of Bent Books. You can see the shared motifs of stylised people on the pots, the balustrades, and the noticeboard if you look closely.

The colours reflect West End’s eclectic community and are also repeated on other street furniture.

After winning a Stronger Communities grant last year, facilitated by Terri Butler MP, Kurilpa Futures, with the support of John Mongard and West End Community House, continued their work of refurbishing these nearly 30-year-old street features: painting and replanting the pots and sanding and painting the railings. They have also tidied and painted the Community Noticeboard, removing 30 years of accumulated posts, decades of staples, nails, Blu Tack, and tape that had begun making it challenging to affix new posters.

“The street works support Kurilpa Future’s goal to support Boundary Street and its traders, who form the heart of a neighbourhood rapidly being swamped by large new corporate shopping centres. By caring for the main street, residents hope their sense of place will endure and not be corporatised,” Mr Mongard said.

Maurice McCallum and Virginia Allen, who are pictured, were part of the hard-working team – check out their work below. 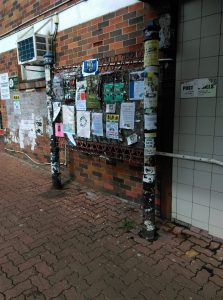 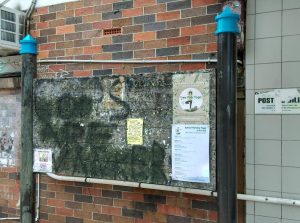 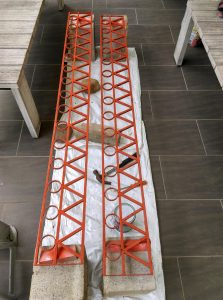 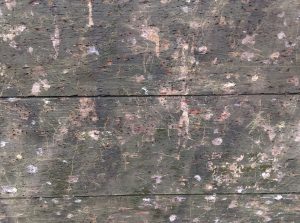 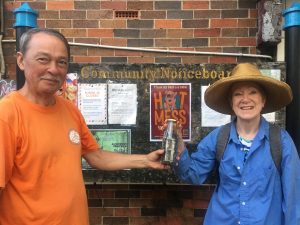 Maurice and Virginia and their jar of staples 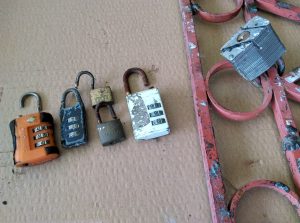 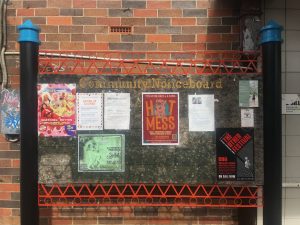