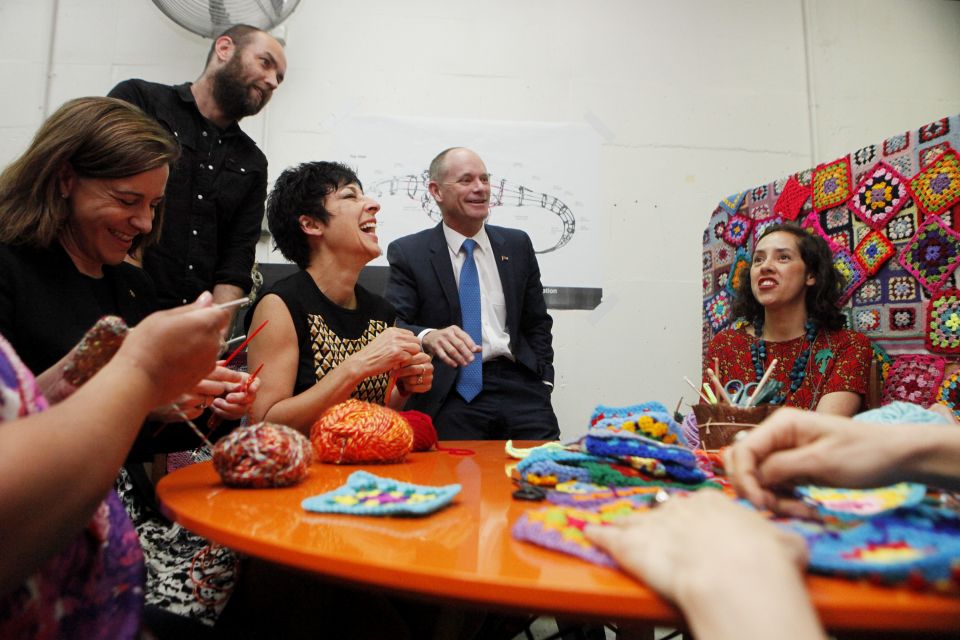 Queensland is well prepared to welcome the world’s leaders and thousands of dignitaries, one month ahead of the G20 Summit in Brisbane, according to Premier Campbell Newman.

“There will be four thousand delegates and three thousand media, as well as the world leaders, here in Queensland and that will create some exciting opportunities,” Mr Newman said.

“The boost for transport, shops, restaurants, cafes, hotels and venues has begun and will continue long-term with international events and conferences attracting spending and investment.”

Mr Newman said the G20 Cultural Celebrations was giving Queenslanders an opportunity to participate, while drawing more attention to Brisbane.

Mr Newman visited Juggernaut art studio where a family of crochet-covered dinosaurs was in the final stages of construction.

“The crochet dinosaurs will be an evolving art installation with the public invited to help crochet the final pieces alongside professional artists after the dinosaurs are installed in Queens Park,” he said.

Mr Newman said the surrounding area would also be yarn bombed, with statues and landmarks in Queens Park and George St rugged up in knitting as part of the spectacle.

“Five of the most highly skilled artists in Queensland have been working full-time for more than six weeks to build the Sauropod family,” Mr Searl said.