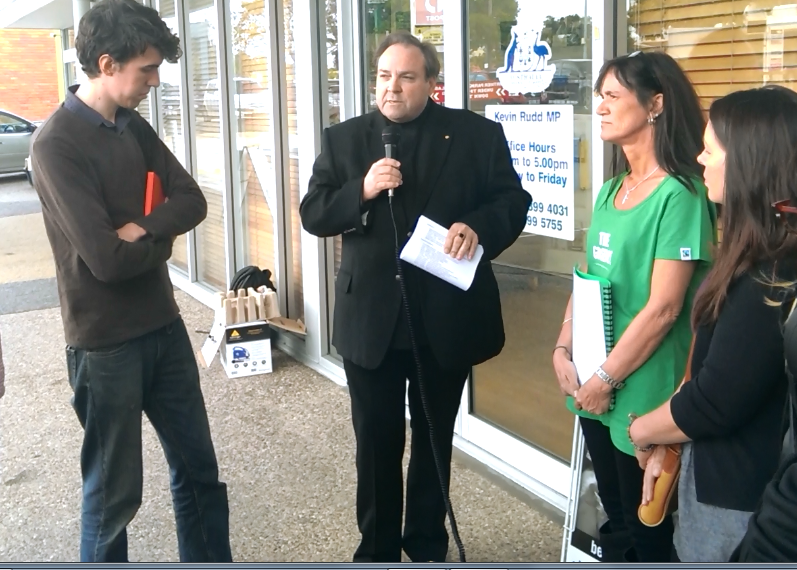 Paul Stevenson from the Australian Democrats with Liam Flenady of Socialist Alliance on the left and Bronwyn Rees, a single mum out side the Prime Minister’s office

A Democrat candidate has emerged for the seat of Griffith.

Paul Stevenson spoke to a group of single parents outside the Prime Minister’s office on Thursday 11 July. He described the impact of single parenting on his professional life as a psychologist and the years he has spent recovering from that economically damaging experience.

The party has dusted off its founding slogan saying “Whoever is Prime Minister after this election, keep that bastard honest.” It is also harking back to Gough Whitlam’s ’72 theme with “It’s time to bring back the democrats.”