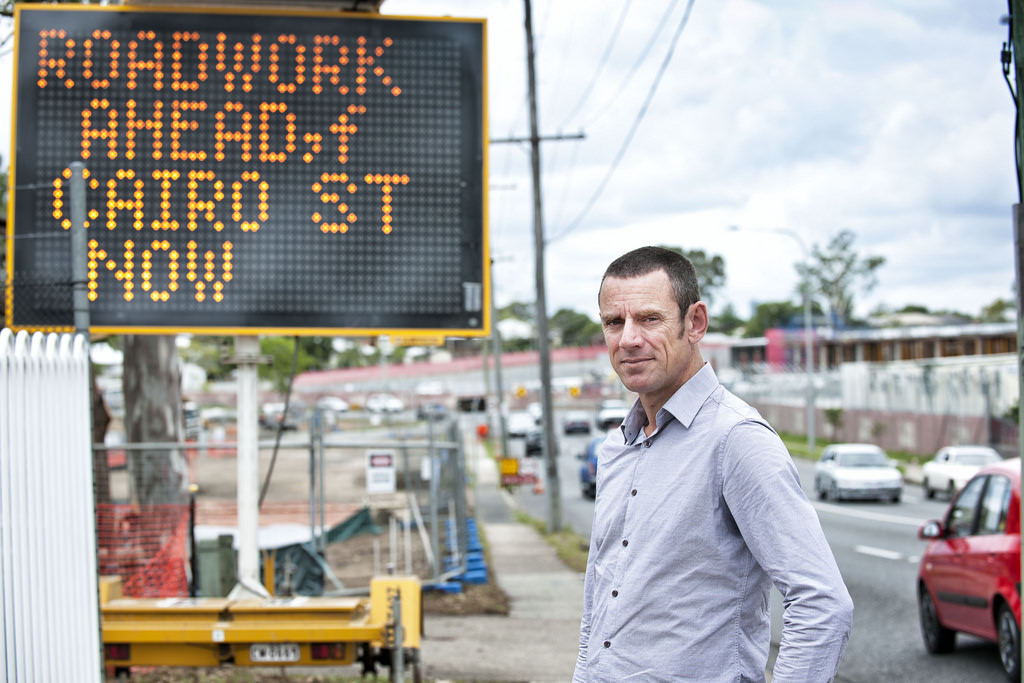 Drivers are frustrated at slowing down at inactive roadwork sites are ignoring reduced speed limits, a QUT study has found.

The results of the QUT Centre for Accident Research & Road Safety – Queensland (CARRS-Q) study have been presented at the Occupational Safety in Transport Conference (OSIT) held on the Gold Coast recently.

“It’s seen as crying wolf. If people are asked to slow down at roadwork sites but find there is no roadwork being undertaken they become de-sensitised to the signage and ignore speed limits,” he said.

“In 2013, our research found that at three Queensland rural roadwork sites, the majority of vehicles observed exceeded the posted speed limits by at least 5km/h.”

Dr Blackman’s survey involved more than 400 people who were asked to estimate their speed for a range of different roadwork site scenarios, some of which were inactive sites and others with road workers visible.

“We found when a road worker and machinery were visible, drivers nominated lower speeds, suggesting that they were far more likely to slow down than if they saw no activity,” he said.

“There was about a 20 per cent reduction in speed between an inactive roadwork site (53km/h) compared to an active site with workers visible (42km/h).”

Dr Blackman said despite reduced speed limits, crash rates and crash severity around roadwork sites were high because drivers failed to slow sufficiently and were often not paying attention.

“Roadwork sites have high crash rates and there have been numerous fatalities at roadwork sites in Queensland involving workers and public road users,” he said.

Dr Blackman said the study reinforced moves by the Queensland Government to review speed limit signage around roadwork sites, but cautioned that hazards may also remain outside of work hours, requiring reduced speed limits around the clock at some sites.

“There are no simple solutions, but multiple measures used in combination may be most effective. With technology, for example, variable speed limit signs can be easily changed without the need for workers to physically move or replace traditional static signage,” he said.

“There are also feedback speed displays which record and display how fast a vehicle is travelling, which drivers respond to well.

“Our survey showed road workers on site had the biggest impact on drivers to reduce speed, while the most effective specific measure was having police visually present and potentially conducting enforcement,” he said.

“If we can combine the effective measures, then we are more likely to see drivers reduce their speed, which will improve safety for both drivers and workers.”

The OSIT conference, hosted by CARRS-Q, brings together experts from all facets of transport safety including roads, rail, fleets, and mining to improve workplace health and safety.

For more information on the conference, visit http://ositconference.com/