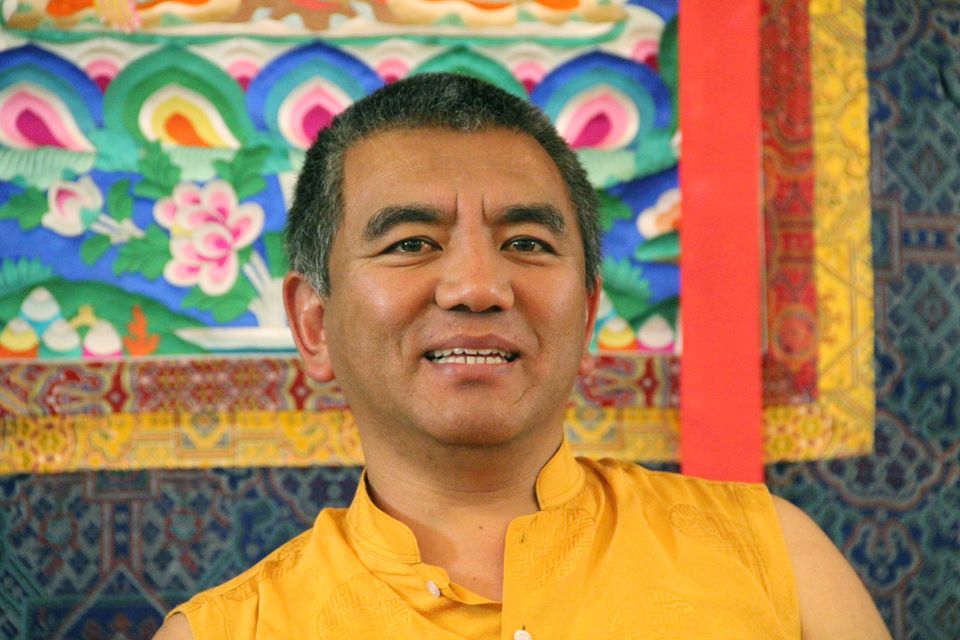 A SENIOR Buddhist lama is coming to Brisbane to teach local people how to stop taking their emotions so seriously.

His Eminence the 7th Dzogchen Rinpoche says emotions are actually neither good nor bad, it is the way we react to them that causes us problems.

Dzogchen Rinpoche will be in Brisbane on 30th September at BrisWest Centre in Paddington to give a public talk entitled ‘Emotions – Don’t Take Them Too Seriously’.

His Eminence, who is one of the highest lamas alive today in the Tibetan Buddhist tradition, says: “We tend to believe our emotions. We either suppress our anger, jealousy and desire because they are regarded as negative or express them skilfully for our gain.

“The Dzogchen teachings however, see emotions as neither good nor bad in themselves rather saying that it’s taking our emotions seriously, following and reacting to them, that causes us problems.”

In this public talk, Dzogchen Rinpoche will introduce the Dzogchen view on emotions helping us to see them as they really are – transient projections of the mind and giving us very practical methods to end our daily struggle.

Doors open at 7pm, the talk begins at 7.30pm. Tickets are $25 ($20 concession) and can be purchased online at www.trybooking.com/DEDU. For further information call 0416 404 826 or email qld@shenpenaustralia.org

The public talk will be followed by a traditional Tibetan Buddhist Medicine Buddha empowerment and teaching on 1st October also at the BrisWest Centre entitled ‘Realising the Truth of Our Emotions’, where His Eminence will go deeper into the subject.

For Brisbane people there will also be the opportunity to attend a Three-Day Weekend Seminar and Meditation. The Seminar will take place from 2nd to 4th October in Brisbane.

His Eminence explains what people can expect at the Seminar: “Through the practice of mindfulness and meditation, we learn to be more present in what we are doing. We are less distracted and have less judgement of anything we feel and experience.

“We become much more at ease with ourselves and others, have less worries about things going wrong and are able to enjoy ourselves much more, even in situations that we would usually consider stressful and difficult.”

These events are part of a worldwide tour which covers France, Switzerland, Germany, the Netherlands, Australia and finally India.

Dzogchen Rinpoche is the authentic Dzogchen lineage holder and head of Dzogchen Monastery in South India with more than 280 branch monasteries in Asia mainly in Tibet, India, Nepal and Bhutan and in the West.