Exploring the history of civil rights in Queensland 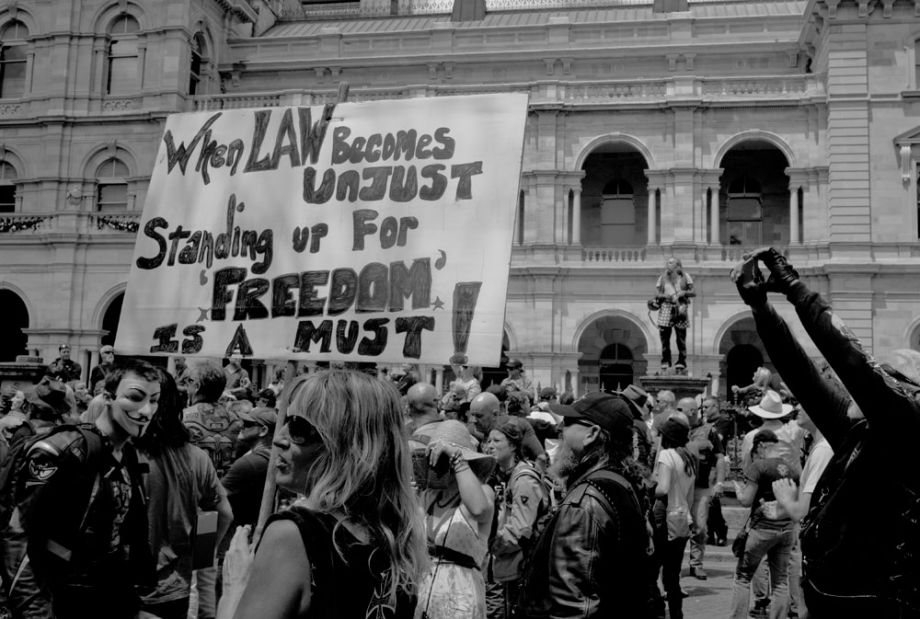 Question the notion of freedom, reflect on our collective past, and explore those civil rights won and lost at the State Library of Queensland’s (SLQ) upcoming exhibitions.

Opening to the public on Friday 5 May are two complementary exhibitions exploring Queensland history: Freedom Then, Freedom Now and Don’t Just Count Us, Let Us Count!

“These exhibitions delve into our state’s recent past and reveal some of the significant legislative and cultural changes that have taken place in Queensland since the 1950s,” Ms Enoch said.

“Queensland has seen some major events in relation to personal liberties – from Eddie Mabo’s native title victory in 1992 to the anti-consorting laws introduced in 2013 – and these exhibitions offer Queenslanders the opportunity to learn more about both the historical facts and social context.

“There are Queenslanders alive today whose families have lived here for thousands of generations but when born here, were not counted as citizens in their own country until after the 1967 Referendum.

“We have many stories of activism and advocacy in Queensland that helped bring about the Referendum and the change in our Constitution, and these stories are represented in these exhibitions,” she said.

Freedom Then, Freedom Now draws on SLQ’s historical collections to journey into our recent past, explore the freedoms enjoyed and restricted in Queensland, and examine what happens when individual rights intersect with the collective good.

Curated by Emeritus Professor Peter Spearritt, Freedom Then, Freedom Now takes a uniquely Queensland look at freedoms won and lost in the state since the 1950s across a number of themes including censorship, marriage, citizenship, dress and travel.

State Librarian and CEO Vicki McDonald said that as custodian of Queensland’s collective memory, State Library of Queensland is uniquely placed to share insights into the state’s past.

“These pieces tell a story unlike any other, and invite interpretations and individual reflections quite apart from the history recorded by formal institutions.”

Don’t Just Count Us, Let Us Count! commemorates the 1967 Referendum, a historic milestone for Aboriginal and Torres Strait Islander rights, told through the eyes of Aboriginal Centre for the Performing Arts (ACPA) alumni.

Ten years ago, ACPA developed Reflections: Referendum 40 years and to the future which was a creative response to the anniversary of the 1967 Referendum. In SLQ’s exhibition, the performers reflect on the creative process, research and the performance which shaped who they are today and their understanding of the campaign to be counted.

“The 1967 Referendum changed the course of Australian history and this exhibition shares that history from the personal perspective of Indigenous artists and creatives,” Ms McDonald said.

“Our partnership with ACPA for Don’t Just Count Us, Let Us Count! is just one way in which we’re working with Aboriginal and Torres Strait Islander organisations, community groups and individuals in Queensland to ensure their stories are collected, preserved and shared.”

Both exhibitions are free and open to the public from Friday 5 May until Sunday 1 October. For more information, visit slq.qld.gov.au/whats-on.

Don’t Just Count Us, Let Us Count! is presented in partnership with Aboriginal Centre for the Performing Arts (ACPA).