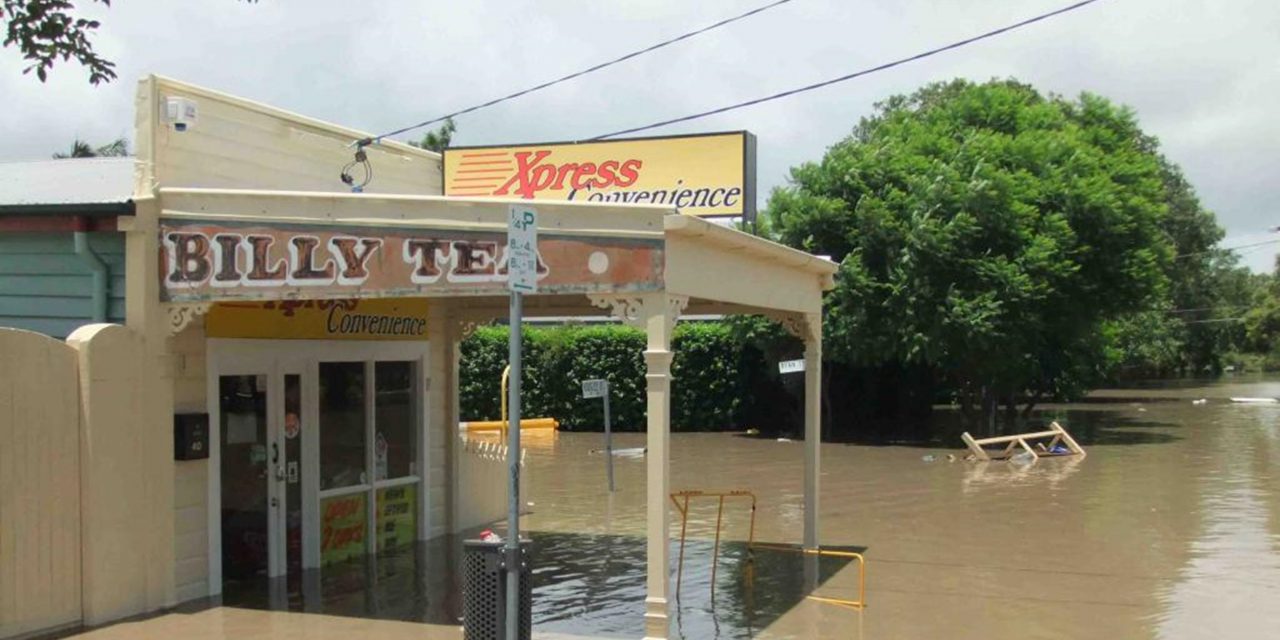 The Australian Federal and State governments need to heed the message of the current disastrous Queensland floods and commit to urgent and effective action to end the plunge into catastrophic climate change and to restore a safe climate. Failure to do so will lead to a future of even more extreme floods, droughts and bushfires, occurring more often, says the CEN.

“Australia’s weather has always been highly variable,” said CEN’s convenor, Philip Sutton, “but climate change is magifying the extremes. Hot weather is becoming hotter and dry weather is becoming drier. More water is taken from the land and sea into the atmosphere, so that when it does rain, it rains harder.”

“It’s time for Australian politicians, and the public, to stop ignoring the undeniable evidence and to join the dots. Climate change is not the sole cause of these events but it is certainly increasing their devastating effects.

“For several decades extreme weather events have become more common and more intense. – exactly as climate scientists predicted. And now across the world communities are suffering not just extreme but catastrophic weather-driven disasters. And what is really scary is that this is all happening with a global temperature increase of less than 1Â°C.

“World leaders have agreed to limit climate change to an increase of 2 degrees but have failed to take action that can achieve even that. It is generally acknowledged that the world is currently on track to an increase of at least 4 degrees, unless strong action is taken.

“We are facing a climate emergency now with a warming of less than 1Â°C and emergency action needs to be taken without further delay to cool the earth.”

“To cool the earth we need to stop adding greenhouse gases to the air and we need to take the excess carbon dioxide out of the air.

“Such action will have to be taken urgently, on a national and global scale. The Climate Emergency Network helped to fund the Zero Carbon Australia 2020 report, released last July, which showed that Australia could supply all its electricity needs from renewable resources by 2020. The federal government must fund and implement such a plan immediately. Other research has shown that Australian forests lock up more carbon per hectare than others. Stopping native forest logging and allowing regrowth of native vegetation would reduce national greenhouse emissions significantly.

“The Queensland floods are another wake up call to all of us,” said Sutton. “We need to end our fatal addiction to fossil-fuels. Julia Gillard has warned of broader budget cuts following spending on flood relief, she should cut the $9 billion in annual government subsidies to the fossil fuel industry instead. We must stop building new coal and fossil gas-fired power stations. If premier Anna Bligh allows these to proceed she is inviting future disaster for both Queensland and the world. We know what needs to be done. Now politicians must commit to doing it!”