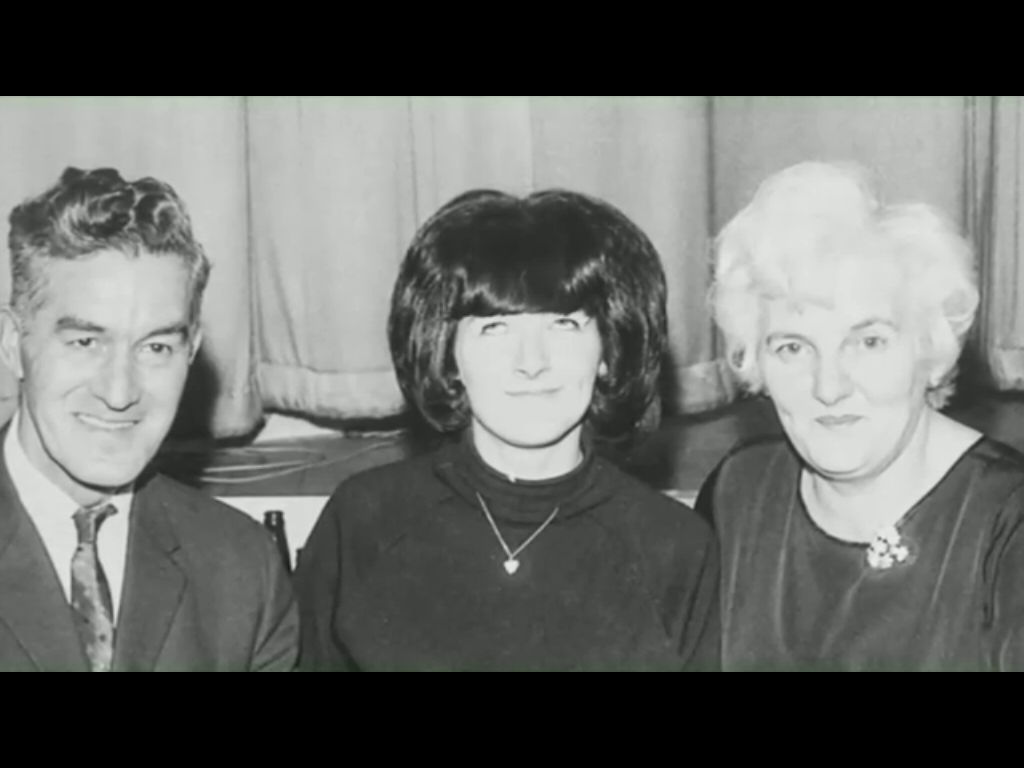 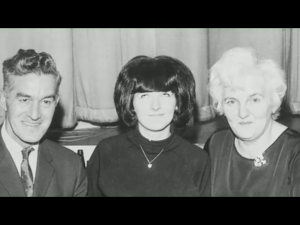 Freda with Louise and Harry Harrison: the eye-roll is because Harry insisted on teaching Freda to dance ballroom

The opening scenes of Across the Universe neatly compare and contrast sixties USA with Liverpool England through a pastiche of scenes from the Cavern (the Liverpool club that nurtured the unborn Beatles) and a US school prom dance.

The stark difference between the post-imperial rust-bucket economy of the UK and the effervescent affluence of a coming of age USA may well be instructive for those comparing the US and China, but for Beatles fans, the glimpse of the claustrophobic curves of the Cavern and the regimented back streets of England’s industrial North are tantalizingly brief.

Good ol’ Freda is a new film that leads us through the portal of the Beatle’s fan club directly into that world. It is recreated lovingly through photos, reminiscences and contemporary footage. At the heart of this recreation is the Beatle’s secretary and mainstay Freda Kelly. She took over the running of their fan club in 1964 and was tapped on the shoulder by Brian Epstein to take on the formal role as his secretary.

“The music scene was a man’s world in the sixties and the only role for women was in administration. There was not much to aspire to other than being the secretary of the man at the top. As Brian Epstein’s secretary I did not have far to go, I just had to hang on.” 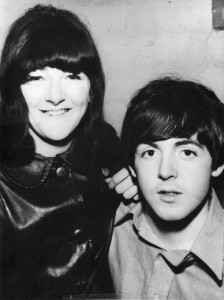 Freda had flings with some of the Fab Four but her kiss and don’t tell approach speaks volumes that are more delicious than if she had revealed blow by blow details that dominate the dollar-a-bonk, contemporary-romance genre driving Kindle sales.

Freda is fundamentally a decent human being. Loyal, firm and fair, she does not move to London when Epstein takes Fab Four headquarters there because her Dad is ill, lonely and worried about her. Rather than lose her stabilizing influence, Epstein splits headquarters, has a chat to old-mate Kelly and organizes a cross-England commute for Good ol’ Freda.

Pregnant with her second child and faced with a dysfunctional band following Epstein’s death Freda tells Apple management “I won’t be coming back to work. I’ve a life to get on with.”

Harrison replies, “Freda you were there at the beginning and now you’re going, maybe we should just end it here.”

Her final editorial for the monthly Beatles magazine that she edited for more than a decade declared the Beatles formally disbanded. Her one page letter was reprinted around the world in every media available at the time.

Millions of people in their fifties and more remember that letter being read on the news, pored over in the playground and analysed from the pulpit.

Ultimately this is a nostalgic film, bringing back those memories for those millions.

It has another, powerful dimension, though. In an era when fame for fame’s sake and the instant gratification of always-on communications has raised a whole series of moral questions, Freda’s down to earth, honest love and respect for the fans cuts through the clutter.

I’m fascinated what today’s media-savvy, cyber-cynical pop-consumers may have to say about it. I’m not sure they’ll be flocking to Freda to find out. Perhaps it’s a family outing, three generations of Beatle fans can get together and reflect on the last fifty years of pop music.

‘Could be a thing.

Subscribers to Westender eNews had the opportunity to win free tickets to this screening. The prize was taken out by long-term Beatle fan, Mike Meade. Congratulations to Mike and his mate who will be enjoying a night out courtesy of Westender and Antidote Films.