FROM THE ARCHIVE: 1992 was a very West End Christmas 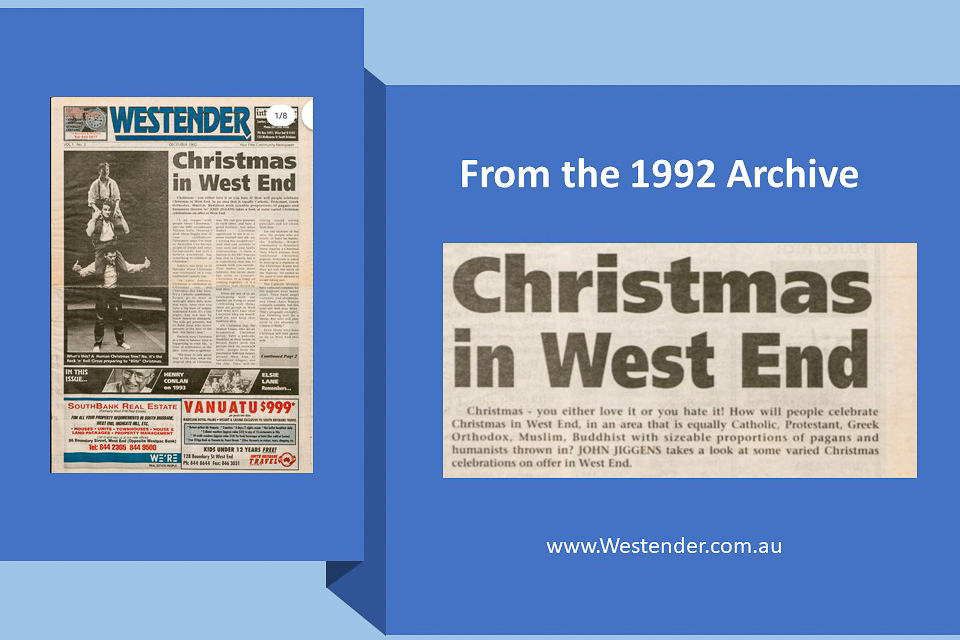 In 1992 West End celebrated Christmas with pageants, a pancake breakfast, theatre and circus.

In that year, the first for The Westender, John Jiggens took a look at the various Christmas traditions celebrated in West End. 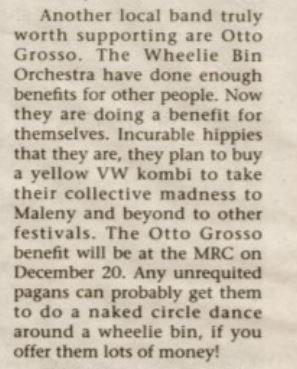 In 1992 Patricia Avila, then coordinator of the Migrant Resource Centre (MRC), said she saw Christmas as a time to balance what is happening in your life and celebrating the idea loving your neighbour.

Ecumenical Christian group, the Waiters Union, held a pancake breakfast in Bristol Street with people from halfway houses around West End and with refugees from El Salvador.

Some of those John Jiggens spoke with did not celebrate Christmas at all. Colleen from The Sitting Duck Cafe described it as a misconceived idea to make people buy lots of things which put people into a lot of financial stress. Christmas Eve at the Sitting Duck featured a Plastic Jesus Jam session to which people brought their favourite icon or instrument. 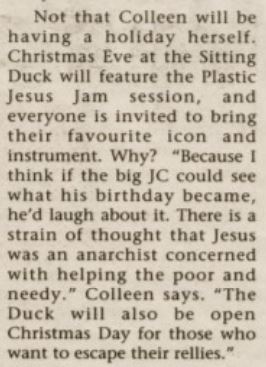 Members of the Rock ‘n’ Roll Circus (now known as Circa) explored Christmas through their show Christmas Blitzmas which opened at the La Boite Theatre Company on the 17th of December 1992.

Described as incurable hippies local band Otto Grosso put on a show at the MRC with their wheelie-bin percussion orchestra.

John Higgins ended his article with encouragement to the readers to support the local economy: its shops, bands and theatre companies, and to love one another. Good advice for 2019 too. 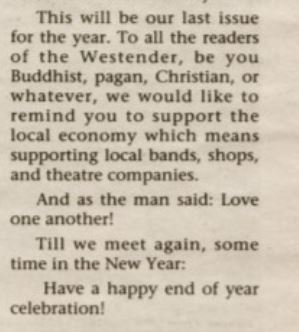