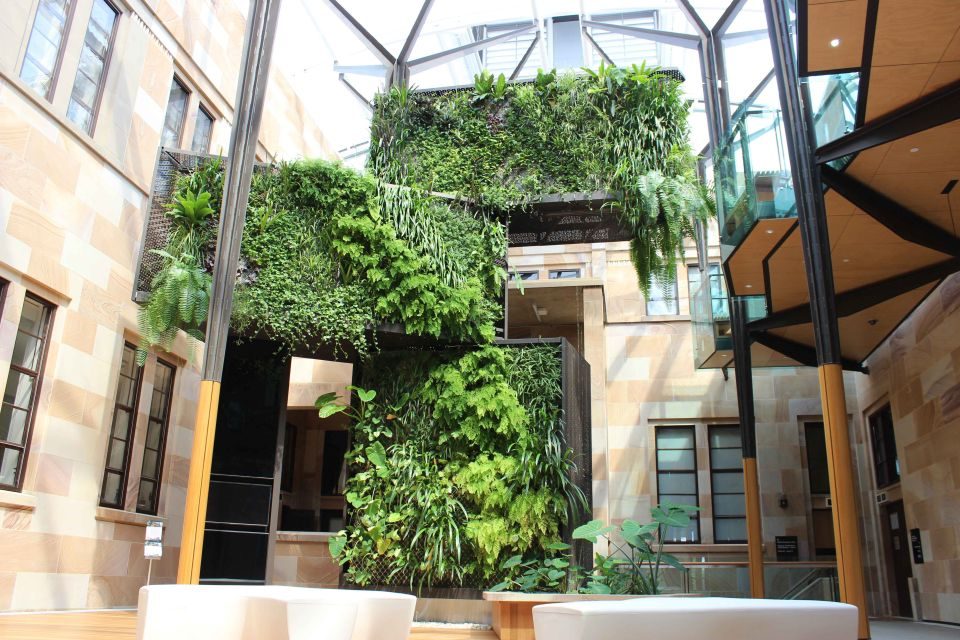 Universities across Australia are installing greenwalls in an attempt to increase concentration levels and the wellbeing of campus communities. The Greenwall Company has now worked with a number of universities, including The University of QLD and La Trobe University, to design and install their patented greenwall technology.

Mark Paul, horticulturist and founder of The Greenwall Company says, “There have been a number of studies conducted to prove the benefits of greening community spaces, one of which is improved concentration levels. Over the past three years we have been working closely with a number of universities to create bespoke designs to work within the architecture of the buildings.”

A study conducted by Dr Kate Lee* from the University of Melbourne revealed that glancing out at a greenroof for only 40 seconds markedly boosts concentration. Beyond the increase in concentration levels, greenwalls help to improve air quality, are aesthetically appealing, lower power bills and even act as an insulator.

In 2013, The University of Queensland introduced their new Global Change Institute Building, which features The Greenwall Company’s unique greenwalls as the key design feature and achieved a six green star rating. (Main picture) A 70m2 panelled greenwall was installed over the airconditioning vent. This formed part of the air filtration system, allowing the greenwall to clean and purify the air, which facilitates the idea of a “living building”. The greenwall design also included a pond of native rainbow fish with waterplants and a vertical wetland to strip nutrients from the pondwater [a simple ecological system] truly embodied the university’s green ethos and ongoing commitment to sustainability in research and education.

More recently, The Greenwall Company have completed the installation of a greenwall at La Trobe University in Melbourne. On the Healthsciences building featuring a mainly native planting covering 20 sqm, Mark and the team worked with the students and the universities locally native plant nursery to incorporate plants grown on site.

About The Greenwall Company:

The Greenwall Company are the pioneers of greenwalls and green roofs in Australia. Founded by Mark Paul, a horticulturist, designer and advocate for greening cities, The Greenwall Company use award winning design techniques across both residential and commercial projects, bringing greenwalls to a new level of integration within the urban environment. Their vision is to reclaim the urban environment, wrapping facades of buildings with epiphytic and lithophytic plants creating living, breathing architectural function.