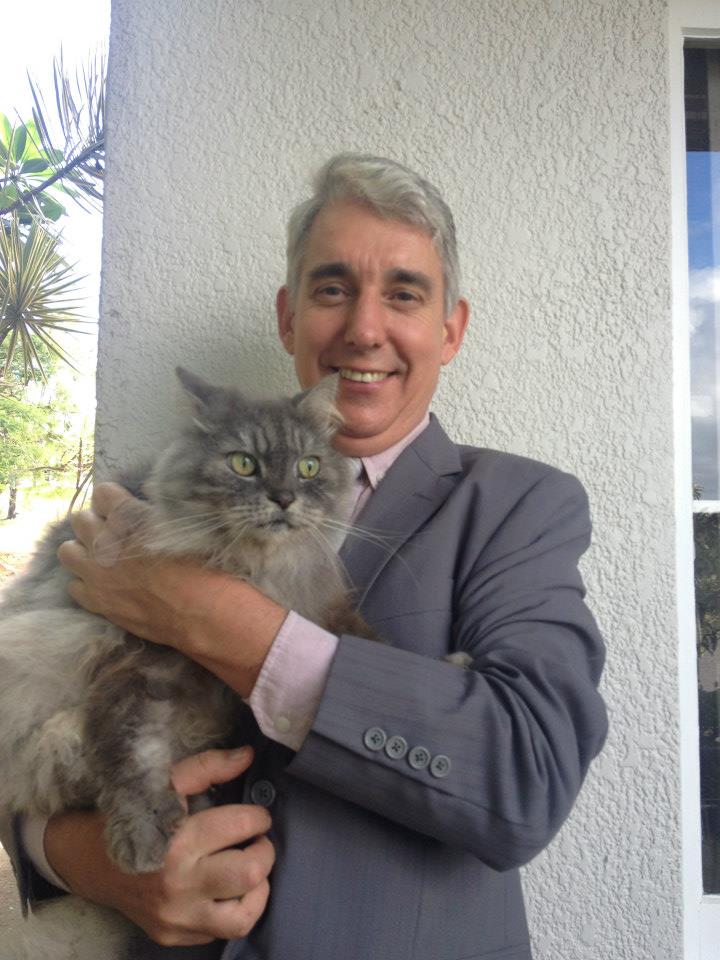 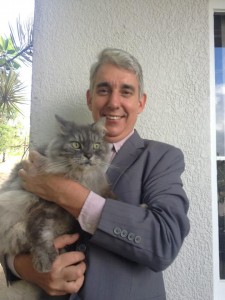 Geoff Ebbs is photo bombed by a local moggie

With Tony Abbot expressing resounding support for Bill Glasson’s re-run, Glasson’s Gladiator’s are already trying on their harness and adjusting it for the summer sun.

The Greens have held back from publicly endorsing previous candidate Geoff Ebbs pending a preselection ballot on Thursday December 5.

It appears likely that branch members will have the option of a young, ambitious, career politician from Canberra dropped in to offer an alternative to the fire and brimstone, stump-politics favoured by Ebbs.

Potential candidates have until November 29 to declare their intentions so may miss the deadline for next week’s Westender eNews and the December print edition which goes to press earlier that week.

Declaration of interest: Geoff Ebbs is the publisher of Westender and an active member of many chambers of commerce and community groups supported by this publication.