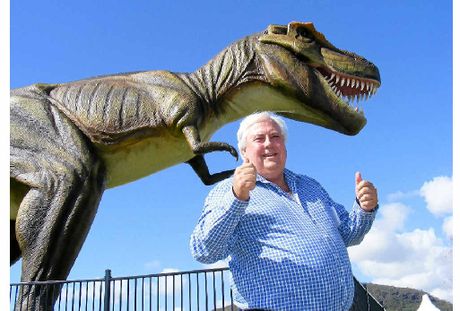 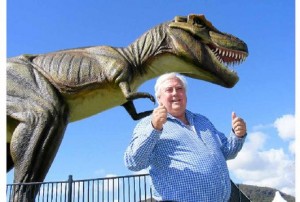 Griffith was one of a handful of seats that resisted the charms of Clive Palmer. Only 2,200 people voted 1 Karin Hunter, less than the informal vote of 3,300 people who spoiled their vote, deliberately or otherwise. Rudd for the ALP polled 27,800 against Glasson’s 29,000 but The Greens’ 6,900 votes pushed Rudd over the line.

This is a remarkable phenomenon.

Palmer United outpolled the Greens across Queensland. As at Monday 9th September the results were 230,000 votes to Palmer and 125,000 to the Greens. The Greens lost 44% of their vote in this campaign.

Palmer United’s result is the talk of the town this morning. Many commentators expressing surprise that a first time party with so many obvious policy flaws should do so well. The voters on talk back were all saying the same thing, though. I’m sick of the political double speak and those candidates are real people who speak to me about the problems that affect me.

The 6million copies of the DVD he sent out explaining his position was incredibly effective as well. It was mentioned by more than half the talk back respondents that I heard talking this morning.

Palmer did not do well in the other inner city seats of Brisbane, Ryan, Moreton or Lilley. In most of those seats he just about matched the informal vote and was surpassed by the Greens. The Greens put most of their limited advertising dollars into Brisbane, Griffith and Ryan so that may have been a factor, but they went backwards in those seats by 7%, 5% and 4.5% respectively, so that hardly explains everything.

A better explanation would appear to be that the Greens have had two constituencies, the core voters who put long term nurturing of resources above short term economic gain, and a protest vote that has had nowhere else to go.

In the inner city, their core vote is larger, the protest vote is smaller and went largely to the LNP. As you head out to the suburbs and regional areas, the size of their loss and Palmer’s gain increases.

This was incredibly similar to the QLD state election result, although in that election Katter was the new kid on the block who stole the  Greens thunder. See They Rode to Town on a Donkey on The Generator. My analysis of that result is still relevant, although some issues have moved along a little in the intervening 16 months.

Palmer appears to have done a brilliant job of picking one issue that appeals to each disenfranchised constituency and throwing money at them. That this has so effectively disenfranchised the Greens says a lot about their hold over their vote. There is clearly some navel gazing to do.