How To Halve Homelessness 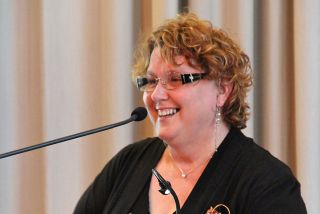 “Premier Campbell Newman is to be congratulated on maintaining the Queensland Government’s commitment to halving homelessness in Queensland by 2020”, said Karyn Walsh, Coordinator of Micah Projects, a not-for-profit organisation working with hundreds of people in Brisbane who are homeless or at risk of homelessness.Ms Walsh said the Queensland Government’s Homelessness-to-Housing Strategy 2020, released by Minister for Housing and Public Works, the Hon Tim Mander MP, recognises the success of strategies funded under the joint state and federal 2009-13 National Partnership Agreement for Homelessness.

“Even with great progress in some areas, such as the 21.8 per cent reduction in the number of people sleeping rough in Queensland, there is still much to be done,” Ms Walsh said.

“The partnership approach between the Federal and State governments that underpinned the first National Partnership Agreement for Homelessness must continue when the extension of the Agreement ends in June next year,” said Ms Walsh.

“We were disappointed that the Agreement was only extended by the previous federal government for one year, with no provision in the federal budget for funding beyond June 2014”, she said. “We call on Mr Rudd and Mr Abbott to address homelessness in their election platforms and to make a bi-partisan commitment to recurrent funding from 2014.”

“It is essential to continue to fund programs that prevent and end homelessness,” said Ms Walsh. “Micah Projects’ Street to Home and Supportive Housing services break the cycle of homelessness for people sleeping rough and the chronically homeless. The number of people sleeping rough in Brisbane has reduced by 49.7% and, of those we housed, 66 percent have remained housed.”

Ms Walsh said that Micah Projects has also been able to intervene early to prevent homelessness for 240 adults and 182 children who were about to become homeless. “At the end of our support with them, 86 per cent of these families were still accommodated in stable housing.”

“It makes sense to invest in preventing and ending homelessness,” Ms Walsh said. “Everyone benefits: individuals, families, children and the community as a whole. With the number of children increasing at homelessness services, we need to intervene early to break the cycle for the family now and for the next generation.”