I left my Heart in Highgate Hill – Review #BrisFest Spiegeltent 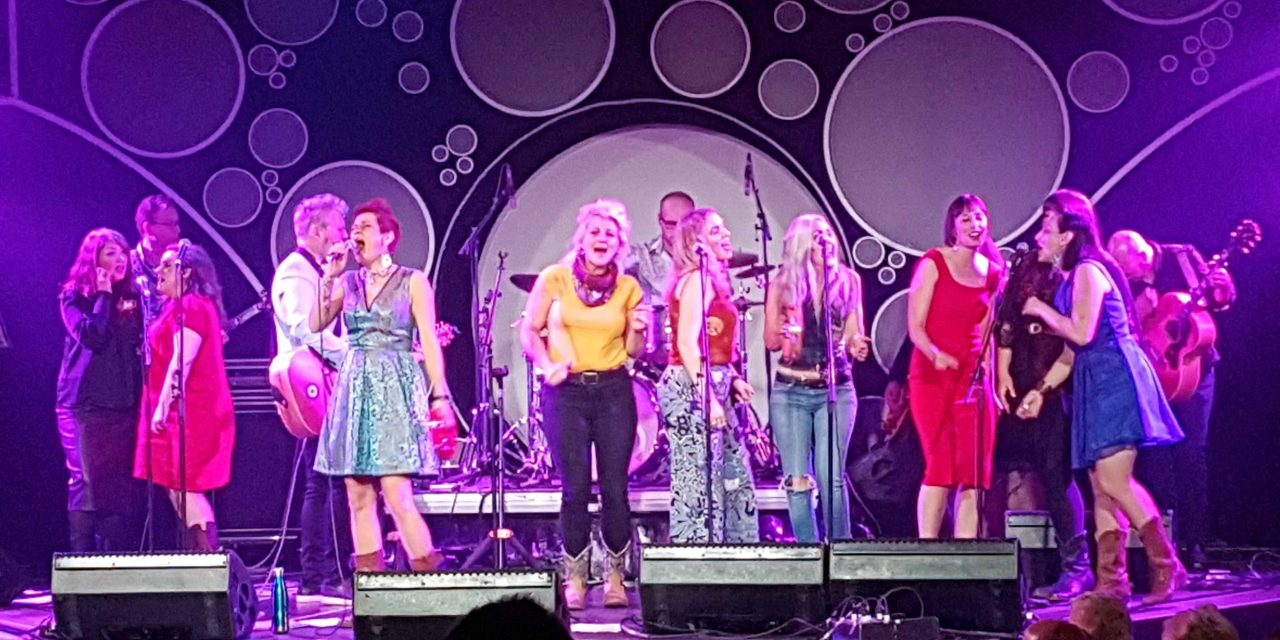 I left my heart in Highgate Hill was a delightful showcase of Australian talent, that evoked a deep sense of place but left a lingering feeling of wanting.

Billed as a “song cycle which revolves around the key theme of love, requited or otherwise, with the backdrop that is Brisbane” it had a classy line up of some great Australian female performers. These included Roz Pappalardo, Lucinda Shaw, Sue Ray, Megan Cooper, Deb Suckling, Rachael Dixon, Laura Purnell, Jackie Marshall, and Charlotte Emily.

They each took to the stage and had a song that highlighted their own talents. From an upbeat country vibe, with heavy guitar, and a big voice; to a slowed number, with caramel tones oozing into the crowd, and a soft rock song that elicited the easy groove of the Go-Betweens, the songs well curated for each of their unique voices and vocal ranges. And even with the diversity of performer and style it still held together, but the sheer number of contributors simply meant that stage time was limited for each.

There was clearly great rapport and comraderie between all the performers, especially the singers and Sean Sennett, the singer and songwriter who developed and produced the show.

The band was tight and their clear enjoyment of the music, and of everyone’s collective efforts, formed a warm backdrop to the women on centre stage.

There was a nostalgia in the music, it was very evocative of place, this place. I felt as though I were sitting somewhere between the rebellious punk and sounds of the Joh years, and the unique rock from the likes of Regurgitator and Powderfinger of the 90’s. It made me feel connected to a more distant time, but also felt familiar, like walking the same streets through Brisbane across times and seasons.

The show was opened and closed with spoken word, which set the romantic sentiment and tied a bow around the contours of the show.

Yet this bow felt a little loose, as the way it was used, combined with very sparse storytelling or context shared with the audience, about the performers and their connections, left part of me feeling as if I had only read half a book and couldn’t quite grasp the full story.

As a newer resident, having called South Brisbane/West End home for several years now, it felt like an intimate show in which I was just a little on the outer. Knowing some of the cultural history, but maybe not quite enough. Being passionate about our vibrant community and Queensland stories, I wanted to know more about the backstories, and more about the wonderful performers.

Yet as a standalone show, the performances themselves and the music overall was and enjoyable and easygoing Saturday afternoon note for Spring festival time in Brisbane.

Jen Basham is a West End based contributor to The Westender. She landed in Brisbane several years ago to escape the humid & troppo Far North, and the freezing & frosty Melbourne, and found her "just right" in the warm & eclectic West End / South Brisbane community.