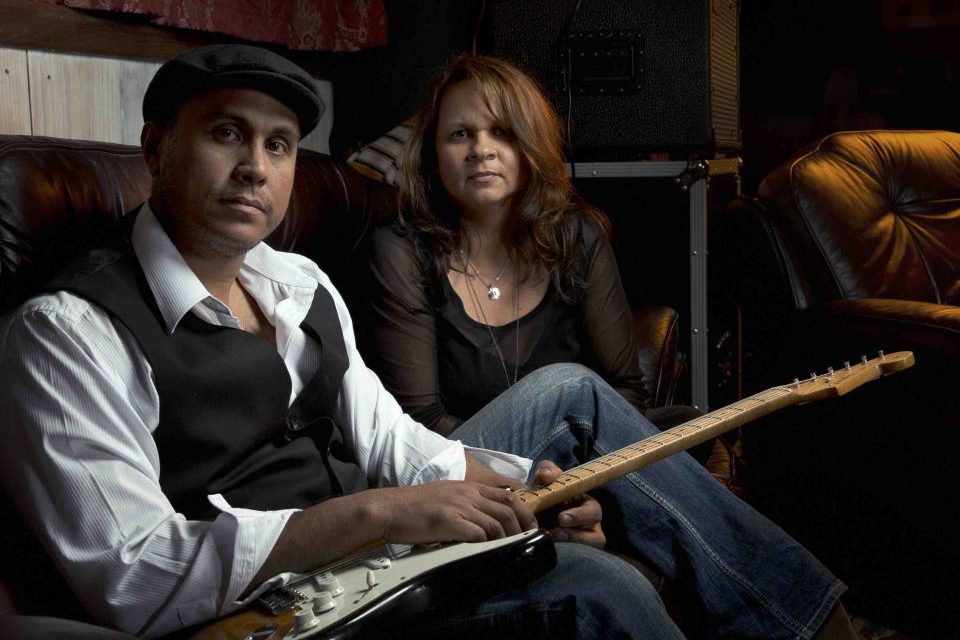 Gina Williams and Guy Ghouse are one of those rare acts which connect and capture the hearts and imaginations of audiences through the power and pure emotion of song. They bring a fresh, modern take on ancient traditions; merging evocative sounds, poignant stories, rare language and that beautiful voice, performed in the Noongar language.

Gina is a proud Balladong (Noongar) daughter with links, through her grandmother, to the Gitja people of the East Kimberley. Her music is informed by an ancient Indigenous culture and she has drawn from a deep well of recent West Australian and an even deeper personal history.

Performing with the all-important blessings of her elders and her community, Gina and Guy will take you on a journey you will not get anywhere else in the world. And it’s one you are not likely to forget.