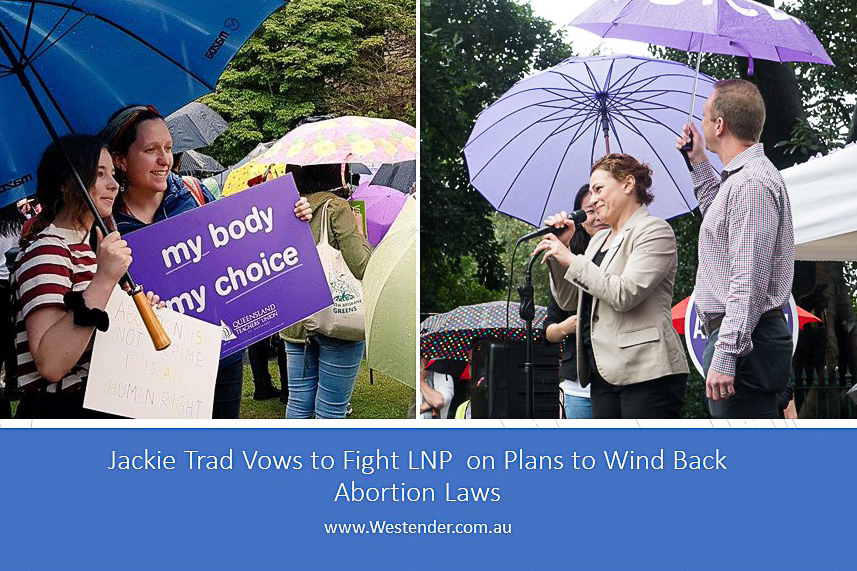 A recent announcement by the LNP confirming that they will “review” the legislation has sparked strong criticism from Ms Trad.

The Termination of Pregnancy Act passed in Queensland’s Parliament in October 2018, removed abortion from the Criminal Code, allowing abortion on request up to 22 weeks and introducing safe access zones of 150 metres around clinics.

The LNP resolved to review the Bill at its party conference last year, and yesterday the Brisbane Times reported that the LNP has confirmed, that if elected, it plans to review the Bill in respect to gestation periods, counselling, and protections against coercion.

Ms Trad, who was instrumental in the successful passage of the reforms, said “this is clearly about taking Queensland backwards.  Make no mistake, the LNP want to reduce the rights and protections guaranteed to women under these laws regarding their own reproductive health.

“What is being proposed by the LNP will disproportionately affect women from disadvantaged and abusive backgrounds and those in isolated regional communities.”

“The abortion law reforms involved decades of advocacy from doctors, women, social justice advocates and politicians.  These laws were a long time coming and they are the right laws to protect the health and wellbeing of Queensland women,” Ms Trad said.

Ms Trad further stated, “Any watering down of these laws that compromises the health and wellbeing of Queensland women will galvanise a campaign of strong opposition from many sections of the community, health and legal professions.”

In a statement Ms Trad said that abortion law reform has been a topic of strong contention among LNP politicians and the LNP Executive, noting that reports of politicians being bullied and intimidated by party officials because of their position on the issue have been widespread, including from the recently retired Jann Stuckey.

The member for South Brisbane went on to say, “This is fundamentally a question of what type of society we want for Queensland women – one that cares about their health and wellbeing and respects their choice, or one that imposes unfair and archaic laws that better belong in the 20th Century.”

Ms Trad said in an interview with The Westender published earlier this week, “… abortion law reform is something that has motivated me since I was a young person: the absolute injustice of a woman not being able to determine her own life.”