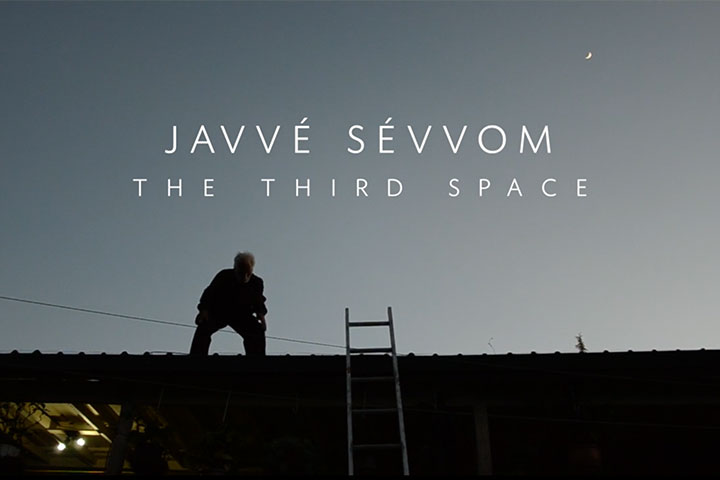 Javvé Sévvom (The Third Space) by Devina Saberi is a homage to her grandparents who grew up in Iran, moved to India, and migrated to Australia. The film explores the concept of the third space, and how Hurieh and Hassan have fused their cultural backgrounds and experiences into the backyard of their home in Goonellabah, New South Wales. It’s an intimate look into the space they have created for themselves in a predominantly white, regional hub of Australia.

Devina Saberi is an emerging documentary filmmaker who grew up in Lennox Head, New South Wales, but now lives in Inala, Brisbane. She graduated from law in 2019 but realised that filmmaking would be a better way to use her skills. For the last year, she’s been studying film, gaining experience working with cameras, and pitching documentary stories. Her goal is to use the medium of film in a way that makes information more accessible.

What is Javvé Sévvom about and what inspired you to make it?

Basically, it’s just a homage to my grandparents. I made it because I was learning about this concept called the third space, which is used to describe how, when immigrant/refugee families come to a new country, they try and make that feel like home to them by taking attributes and elements of different cultures and fusing them together to create a third space that they can feel themselves in. My grandparents live in Goonellabah, New South Wales, which is a regional area and their community is predominately white. But they’re Iranian. They grew up in Iran, they were both born there, they moved to India, and then they immigrated to Australia. So they have a lot of different cultures that they have kind of fused together in their Australian backyard, especially to make it their own.

I made that film while I was in high school for one of my English classes. It could be any artform, but had to have some sort of theory underpinning it. I was looking into different theories about immigrant reality. That was something I really resonated with, from my experience coming from an Iranian refugee background.

I think my initial goal for that film was for me to understand how this concept of the third space relates to my grandparents. It was really a love project for them as well as capturing their reality.

What did you learn from spending time capturing your grandparents life on a daily basis and then making a short film from it?

I think it gave me a much greater appreciation of what it means to come to a new country with no conception of it. That was my parents’ and my grandparents’ reality. One thing that I’m now continuing to see more and more is how so much of documentary filmmaking is about the connection and the relationships you have with the subjects. How much trust and honesty is in that relationship and them to be comfortable with me being there for weeks and just filming them as they live their lives. Remembering always it’s not so much about getting in and immediately doing something. Filmmaking is secondary to the relationship and that should always come first.

You entered it into Nimbin Youth Film Festival in 2015, how was it received by the greater community in Northern New South Wales?

I wanted it to be something that would give my community an opportunity to see life in Northern New South Wales from a very different perspective. I think that I grew up in a community that was very monocultural. There were only a few other Iranian families I knew. I think it’s become a bit more diverse now. But at the time, there wasn’t a lot of diversity there. And I definitely got a lot of assumptions made about the way my parents were with me and the way my grandparents were because they couldn’t speak English.

I think that through this film, I was hoping to give an opportunity to see how they made their own comfortable reality in this space, and how they’re just like everybody else. We all are searching for that comfort and that space where we belong. It got a Sustainability Award and also Best Short Film in the Nimbin Youth Film Festival.

What do you see as the strengths of filmmaking and how would you like to use it?

My end goal with films is more in the direction of using the medium to make information accessible. How do I use this amazing tool to make things really easy for people to understand? I’m most interested in documentaries because I really like how you can tell someone’s story or something’s story and that can resonate with a lot of different people. But it also is such a learning tool, it’s really cool to me that it makes something that people may not have any opportunity to experience, super accessible. I really love storytelling that doesn’t impose a particular perspective on the story. So more observational style, just showing something as it’s happening, asking questions about that person’s experience, and then putting that together. I want to tell stories that are depicting reality and all its in all its forms, not just one kind of angle on it.

I’m really interested in cinematography and being behind the camera, the shots, and how they convey the story. But I also really enjoy aspects of production and getting people together, collaborating, even funding.

What projects are you working on now?

One documentary series I’m working on now is about four different youth from culturally and linguistically diverse backgrounds that live in Brisbane. They’re all friends of mine that I’ve known for multiple years and each of them have a different kind of personal dilemma they’re going through right now. I’ve just been documenting how they going through that. They also are from different cultural backgrounds which adds another layer of complexity for some of them.

One of them is a 22-year-old who’s always wanted to be a police officer, because of his experience with violence in his home as a child, and seeing how that can help. Now he’s starting to think about how, as a young Samoan man, he has experienced racial profiling by the police, and is that going to be something that he becomes part of in this institution. I’m just documenting how they’ve been moving through those things and how they’re growing through those things, the way that they’re reflecting on it, and the personal growth that they are experiencing as they deal with these different dilemmas.