Keeping The Soul In West End 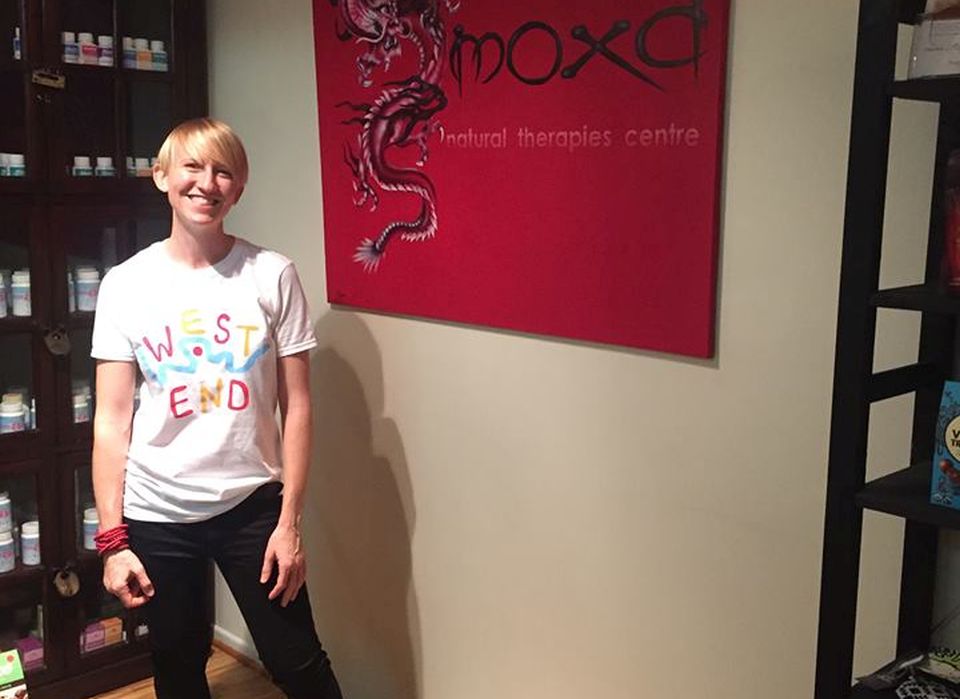 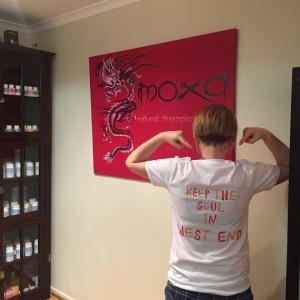 Keep The Soul In West End is an idea that was started by local resident Bronwyn Fadden .

Bronwyn thought it would make a powerful statement on a t shirt in response to the volume and nature of development going on in our neighbourhood.

Whilst progress is inevitable, she felt it was important that the essence of West End, and the very reason people want to be here, are retained.

Through the help from No 7. Print Shophouse the design and wording changed but the essence remained.

Originally 100 shirts were printed and Alan and Ella from Musgrave Park Pool started selling them with all the profits going to Environmental Defenders Office to support their Swim For The Reef Swimathon.

Tony and Narelle at the West End Newsagency, always great supporters of local endeavours , also sell the t-shirts  with all the profit from these going to West End Community Association.

Due to the success and interest, Bronwyn had bumper stickers made to further augment the coffers of WECA. These are sold at Chop Chop Chang and Matilda petrol station on Gladstone Road .

Jodi and Prue at Moxa Natural Therapies Centre are also proud to be selling the t-shirts and bumper stickers to. They are located at Suite 2, Level 1, 158 Boundary Street (above the Nightowl, opposite the Coffee Club). Pop in during most business hours or call ahead on 3255 3670 to make sure they’re in.

Iris at Coolshirts 78 Vulture Street is also Keeping The Soul by selling the t-shirts where you can even try them on!

There is an Instagram site keepthesoulinwestend showing photos of local businesses and friends getting into the spirit and helping the momentum build.

Keep on eye at local markets to buy your shirts and bumper stickers.

If there are any traders who would be like to be involved and sell the t-shirts or bumper stickers please contact Dr Erin Evans at info@weca.org.au