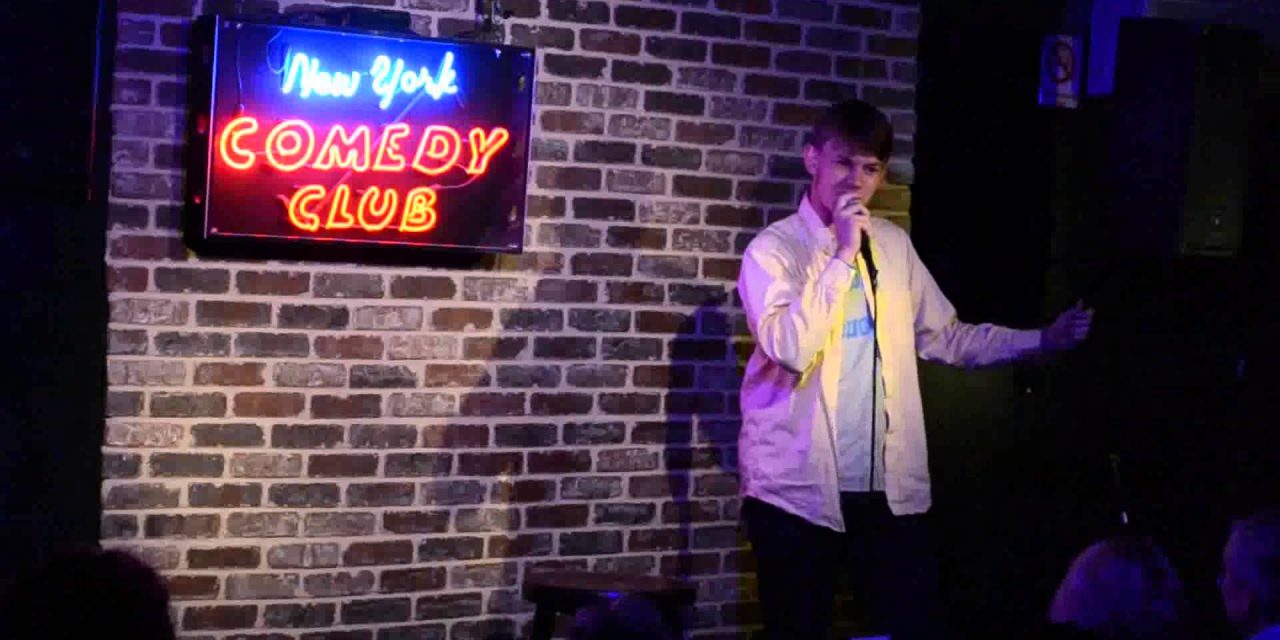 Joseph Rasmus is no stranger to the spotlight. The award-winning US playwright, actor, writer and comedian is best known for his regular display of stand-up and improv at New York Comedy Clubs and the acclaimed musical, The Bipartisan.

Now, having relocated from New York to Brisbane in early 2017, Rasmus is in pursuit of conquering the world stage with his new global comedy tour, Two Steps From Fame.

This August, the people of Brisbane will have the opportunity to witness Rasmus’s ‘dead-pan style, observational humour’ up-close and personal for the first live recording of Two Steps From Fame, as he takes the stage at the Archway Bar in Toowong on Friday, 11 August and Sunday, 13 August.

In his new show, Rasmus brings fresh chops to the stage and centres on what it’s like to be an up-and-coming comedian bordering on the status of celebrity.

“I talk about what I think it may be like to be a celebrity. A little bit of my character on stage already thinks he is a celebrity – after getting noticed at Sushi Train he decided it might be time to record an album here in Australia. It is a bit thought-provoking and challenging for the audience but ultimately I think it is a pretty good laugh for everyone,” he said.

Although his humour is sometimes described as dark, Rasmus effectively puts it through an ‘ever-optimistic and upbeat filter’ while taking a liberal (and sometimes conservative) stance on politics and social issues.

“I do like to challenge my audience and go a little bit dark, and sometimes I like to stay on the lighter side. I guess if I had a character on stage it would be what a conservative thinks of super-liberals; a bit yuppyish here and there.”

“I do see myself as mainly liberal though. I like to do a bit of dark stuff though, and I do enjoy making the audience cringe a little bit.

“I guess you could compare my writing style to Daniel Tosh or Anthony Jeselnik, as it’s filtered through the persona of John Mulaney.”

Since arriving in Brisbane, Rasmus has performed at a number of venues and has enjoyed taking part in the local comedy scene, describing it as one which is vastly different to the New York comedy scene due to its uplifting support for budding comedians and artists.

“It’s been great. I’ve done a number of shows around Brisbane, including a few at the Paddington Tavern and it’s been really refreshing, because generally the audiences back in New York are shuffled into comedy clubs so they end up being quite fatigued,” he said.

“You get great audiences over here – I’ve never had an audience that didn’t want to be there, that’s one thing I will say. Brisbane does a better job of giving comedians the opportunity to perform their material, especially for up-and-coming comedians.”

This is set to be one of the highlights of this year’s Bris Funny Fest. For information about tickets and other upcoming shows, click here.

Rasmus debuted as a stand up while attending the University of North Carolina, where after
performing at an open-mic contest he was invited to open for Lewis Black before a sold out concert hall.
It was there he invigorated over a thousand audience members with his light-hearted, thought-provoking humour and sowed his forthcoming success in stand-up.

Since then, Rasmus has performed in various countries and has been featured by TBS in Rooftop Comedy’s NCCC (National College Comedy Competition).

When Rasmus is finished touring Australia, he is planning to venture to Europe, where he hopes to seal a place at the 2018 Edinburgh Festival Fringe.