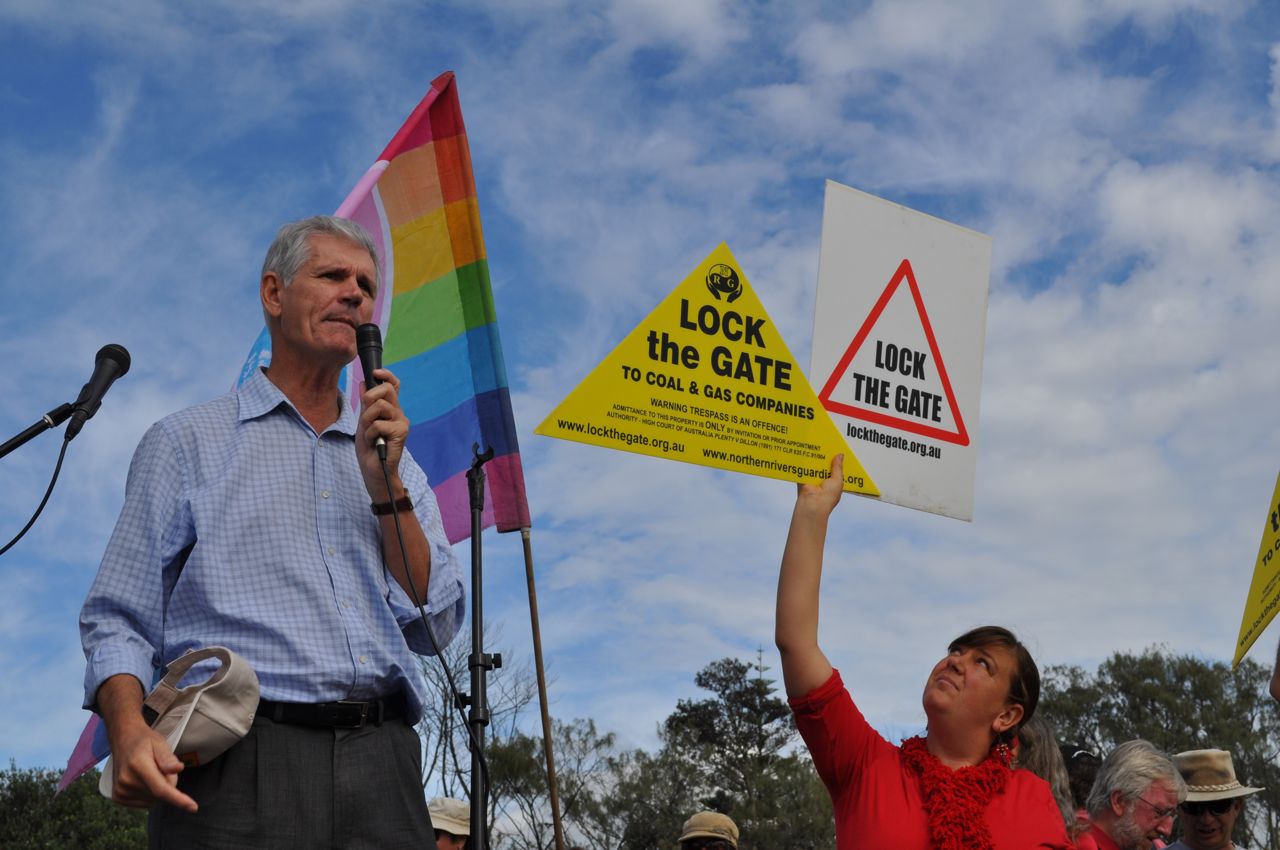 Lock the Gate Alliance national president, Drew Hutton, will be the subject of next Monday’s (August 4) Australian Story program on the ABC.

The Lock the Gate campaign was launched on 22 November, 2010 when farmers from south-east Queensland gathered in Brisbane around a farm gate, vowing to take a stand to protect their farms and communities from inappropriate mining.

The group transcends political divides and is unprecedented in the history of Australian social movements. Mr Hutton has paid a heavy personal toll during the many years he has devoted to environmental and community activism.

He describes himself as “an ordinary Australian” but he has achieved extraordinary things, including galvinising traditional right and left in the battle against invasive mining.

“My story is of an ordinary Australian who loves his country, doesn’t want to see it ripped up for short term gain for a few and is prepared to stand up to those bullies who want to force us into that future. Fortunately I am not alone in this,” Mr Hutton  said.

“I and all those at Lock the Gate are worried about the impact of mining on our food lands, our access to clean water, our regional communities and our sense of a fair go.” Also appearing on the program will be former Queensland Premier Peter Beattie, outspoken radio presenter, Alan Jones and environmentalist Dr Bob Brown.

Short history of Lock the Gate

The Lock the Gate Alliance was formed in 2010 with Drew Hutton becoming its president in early 2011, following meetings of landholders, organisations and communities concerned about the ongoing and rapid expansion of coal and coal seam gas development.

It was at a meeting at Warra on Queensland’s Darling Downs that a local farmer coined the name “Lock the Gate”.  (Drew had suggested ‘Shut the Gate’ originally.)

Campaigning officially began on 22 November, 2010 when farmers from south-east Queensland gathered in Brisbane around a farm gate, vowing to take a stand to protect their farms and communities from inappropriate mining.

Representatives from more than 40 groups from across Queensland, New South Wales, Victoria and South Australia met in the Hunter Valley of NSW to discuss the challenges. One of the main concerns was the role of government in the expansion of the coal and coal seam gas industries and the lack of consideration of the will of local residents and communities in the approvals process.

Four years on, under the national leadership of beef farmer Phil Laird, Lock the Gate continues to grow with around 200 member groups and more than 32,000 rural and urban supporters from all over Australia.

One of its main aims is to educate and empower all Australians to demand sustainable solutions to food, clean water and energy production. Drew Hutton is now the group’s National President.